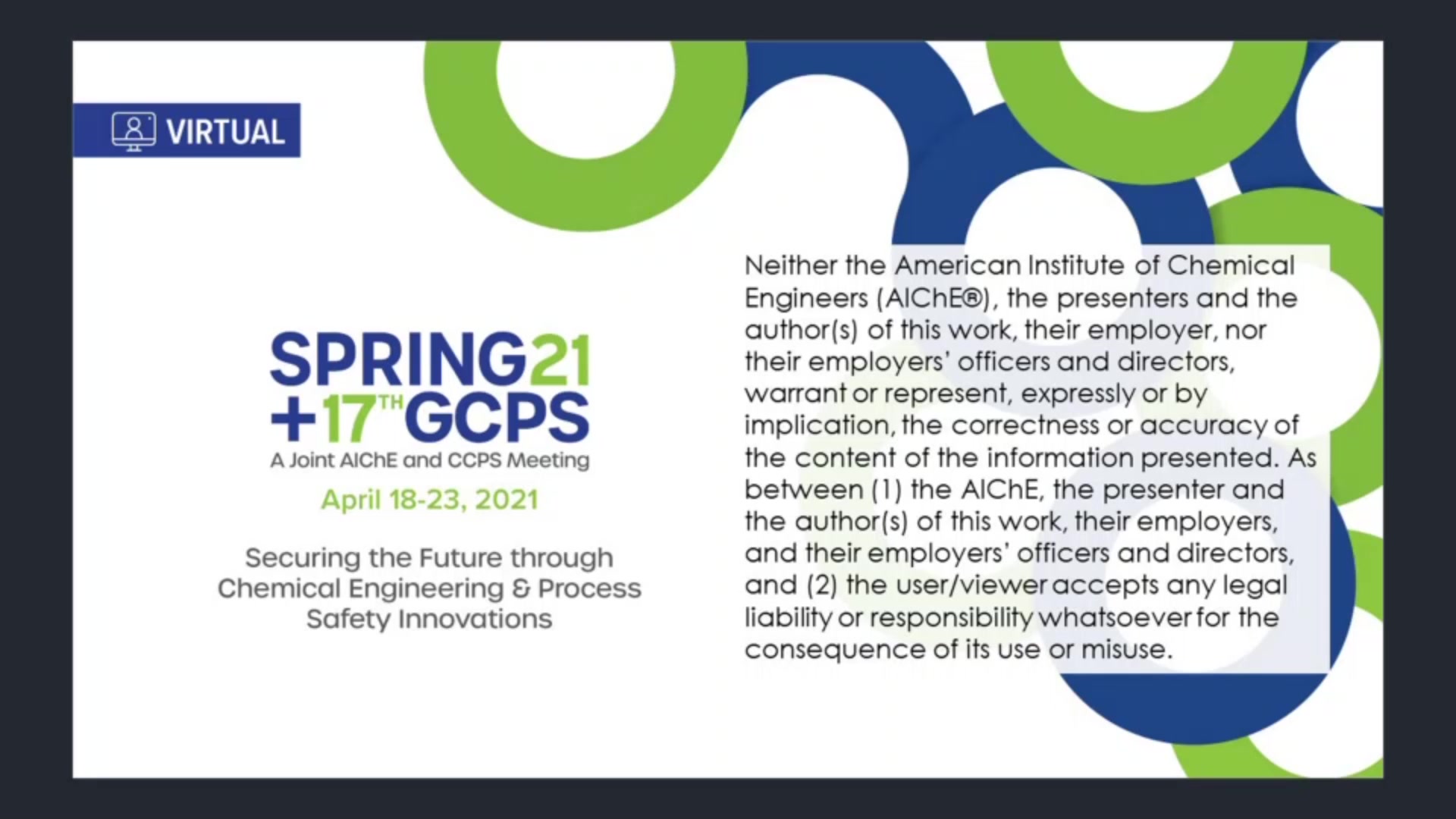 Process safety incidents occur more frequently than desired â€“ they can result in injuries, fatalities, environmental impacts, facility damage, downtime & lost production, as well as impacts on a companyâ€™s and industryâ€™s reputation. While such incidents occur across many industries, this study is focused on an analysis of the most commonly reported contributing factors to process safety incidents in the US chemical industry.

The database for the study contained 79 incidents from 2010-2019, investigated by the Chemical Safety Board (CSB) and/or by companies. To be included in the database, the incident had to occur at a company classified as 325 in the North American Industry Classification System (NAICS), assigned to businesses who participate in chemical manufacturing. Unlike other summary studies of process safety incidents, the subject analysis is specific to the US chemical industry and based on contributing factors to the incidents reported post investigation.

All of the incidents included in the study were classified as Tier 1 incidents according to the American Petroleum Institute (API) RP 754 definition. Using this methodology for determining incident severity, each incident in the database included a severity score, and was placed into one of four severity categories, identified as low, medium, high and very high severity. All incidents investigated by the CSB were deemed very high severity. The list of contributing factors included in this analysis also provided more granularity and specificity than typically in other studies, and included factors such as preventive maintenance; safeguards, controls & layers of protection; and hazard awareness and identification.

A database consisting of the inspection and citation history for the chemical industry identified by NAICS code 325 was assembled for inspections occurring between 2010-2020 (August). Analysis of the thousands of entries provided an understanding of which regulations were most commonly cited, and which were most commonly cited following fatalities. Findings were presented for NAICS code 325, as well as for each sub grouping, including NAICS 3251, 3252, 3253, 3254, 3255, 3256, 3259.

The analysis of the citation history for the chemical industry specifically, identified that the key factors reported as contributing to incidents overlapped with the most common OSHA violations. The overlap of contributing factors for process safety incidents with the most common OSHA violations suggests that addressing regulatory issues may also pay dividends in reducing process safety incidents. These findings will likely be most beneficial if shared among those with the ability to create influence within the chemical industry, assess practices in these key areas, and identify improvement opportunities seeking industry best practices.

Preview Presentation:
Presenter(s):
Milind Deo
Tara Henriksen
Ray A. Mentzer
Yichen Wang
Once the content has been viewed and you have attested to it, you will be able to download and print a certificate for PDH credits. If you have already viewed this content, please click here to login.