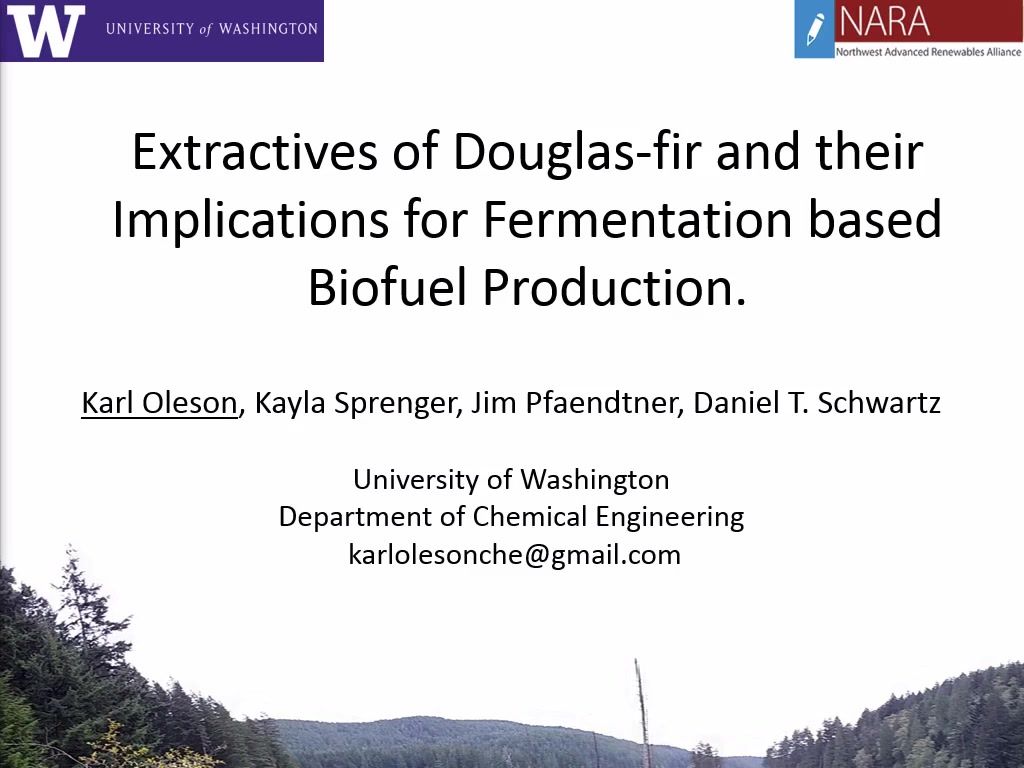 Douglas fir (Pseudotsuga menziesii) has been investigated as a feedstock for biofuel processes due to its abundance in western North American timberland.  This plentiful feedstock has the potential to be a large component of a forestry residue based biofuel industry.  Residues from timber harvest and forest thinnings (sometimes called "slash") are comprised of branches, broken or defective tree parts, tops, and trees not meeting grade specifications. This material is often considered unmerchantable and so it is collected, piled, and burned (or left to decay) after forestry operations to reduce fire hazards and improve forest stands.  Routing Douglas fir residues into biofuel production offers the potential for a sustainable low carbon fuel.

To design economical biofuel facilities using forestry residues, a better understanding of how chemicals components in the feedstock affect biofuel process steps is needed.  Diverse extractive compounds make up 5% to 25% of the dry weight for different tissues of Douglas fir [1,2], but are rarely accounted for in biofuel studies.  Despite the well-documented role of specific extractive components in the pulp and paper literature, little detailed attention has been focused on extractive molecules in biofuel processing. Instead, it is typical to define a lumped species with a single property set, a psuedo-extractive, that is tracked in process simulations. Our studies provide a starting point for understanding the effects of molecularly distinct extractives in fermentation-based biofuel production.

We create a molecularly representative model of Douglas fir logging slash by drawing from a wide range of literature.  Our feedstock model extractive components consist of 3.3% (w/w) polymeric polyphenols, 2.4% flavonoids, 1.6% fats and waxes, 0.4% diterpenes, 0.2% phytosterols, and 0.1% monoterpenes on a dry (no water) basis.  See Figure 1 for representative molecules of these extractive classes [2-6].  ASPEN simulations are used to track how extractives move through a biofuel process based on sulfite/bisulfite pretreatment, saccharification, and fermentation.  Steps such as pretreatment, pressing to remove spent sulfite liquor, enzymatic hydrolysis, and evaporation are simulated and molecules of interest are identified in key streams. Unlike process simulations that lump all extractives into a single psuedo-species, we find different classes of extractive molecules preferentially partitioning between the vapor, product, and waste streams.

Our simulation results indicate that the saccharification step may be particularly susceptible to inhibition from extractives. Saccharification is inhibited by noncellulose components binding to cellulose as well as binding to the hydrolyzing enzymes. Astringent molecules known to bind to cellulases such as the condensed tannins are very abundant in feedstocks containing bark and our simulation indicates they appear in significant quantities in the feed to saccharification.  As enzymes are still one of the most expensive steps in biofuel processing, ways to use lower titers of enzymes or bioengineer more effective enzymes need to be investigated.  Knowledge of the extractive inhibitors can help guide this investigation and subsequent optimization. 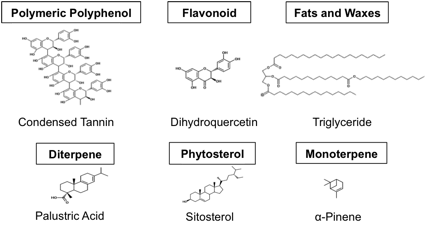 Figure 1: The six most abundant classes of extractives in Douglas fir and molecules representative of their class.

Molecular dynamics simulations of cellulase-extractives systems are conducted using GROMACS.  These simulations identify which extractives bind to different cellulase active sites, and the stability of extractive-enzyme complexes.  The cellulases are modeled in aqueous media and include a cellobiohydrolase from Hypocrea Jecorina, cellobioase from Aspergillus Niger, and an endoglucanase from Acidothermus Cellulolyticus. Both the catalytic domain and carbohydrate-binding module are simulated for the cellobiohydrolase and endoglucanase. The extractives used include condensed tannin, dihydroquercetin, a fatty acid, palustric acid, sitosterol, and α-pinene. Figure 2 shows dihydroquercetin binding onto the carbohydrate-binding module of the cellobiohydrolase. 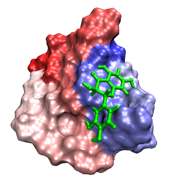 Figure 2: The extractive dihydroquercetin (green) is shown binding to the carbohydrate-binding module of the cellobiohydrolase from Hypocrea jecorina (colored by "index", based on amino acid location in the peptide sequence).

This work identifies the common extractives in Douglas fir, models how they propagate in important process streams, and assesses their affect on saccharification. These studies significantly improve our knowledge of the effect extractives have on biofuel processes as well as lay the groundwork for further studies of Douglas fir forestry residue.

Preview Presentation:
Presenter(s):
Karl Oleson
Once the content has been viewed and you have attested to it, you will be able to download and print a certificate for PDH credits. If you have already viewed this content, please click here to login.