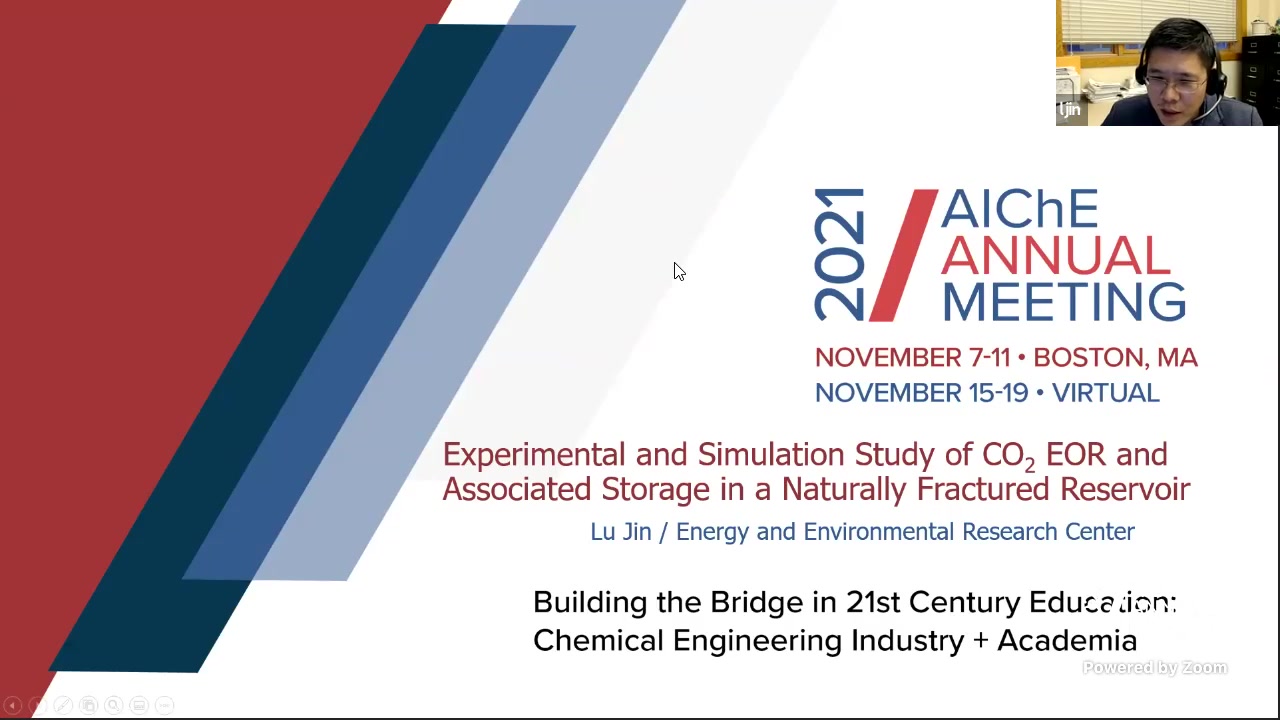 A series of experimental and simulation activities were conducted in this study to investigate CO2 EOR and the associated storage potential of the Dickinson Lodgepole Mounds (DLM) located near Dickinson, North Dakota. These mound structures have abundant natural fractures but relatively low matrix porosity (2%â€“6%) and permeability (0.1â€“10 md). Ten individual DLM fields have been discovered and developed with prolific oil production since 1993. The fields contain some of the best oil-producing wells in North Dakota history. Based on the analysis of the production and injection history in the DLM, Stadium Field was selected for an in-depth study. The field is relatively small, with five active wells.

Core samples from the field were used in laboratory investigations. Contact angle measurements showed the reservoir is strongly oil wet. Core samples were saturated with oil and then flooded with water to mimic the production mechanisms in the reservoir. Both immiscible and miscible CO2 flooding tests were then conducted to observe the EOR response under reservoir conditions. Experimental results showed that water could only displace minor amounts of oil from the rock while CO2 could recover as much as 44% of the remaining oil. Also, miscible CO2 flooding was more effective than immiscible flooding for EOR.

Case studies were conducted to assess the CO2 EOR and associated storage potential in both immiscible and miscible flooding modes. Simulation results indicated injectivity was sufficient because of the relatively high degree of fracturing in the reservoir. The results also suggested CO2 flooding in Stadium Field could recover an additional 11%â€“14% of oil from the reservoir, with associated CO2 storage potential of up to 2.05 million tonnes within 10 years.

Both experimental and simulation results showed that a fractured reservoir with relatively low matrix porosity and permeability could host an effective EOR operation and have the potential to store a significant quantity of CO2. The findings from this study may have implications for CO2 EOR and associated storage assessments in large-scale unconventional reservoirs.

Preview Presentation:
Presenter(s):
Nicholas Bosshart
Lu Jin
Kegang Ling
Chenyu Wu
Yang Yu
Jin Zhao
Once the content has been viewed and you have attested to it, you will be able to download and print a certificate for PDH credits. If you have already viewed this content, please click here to login.