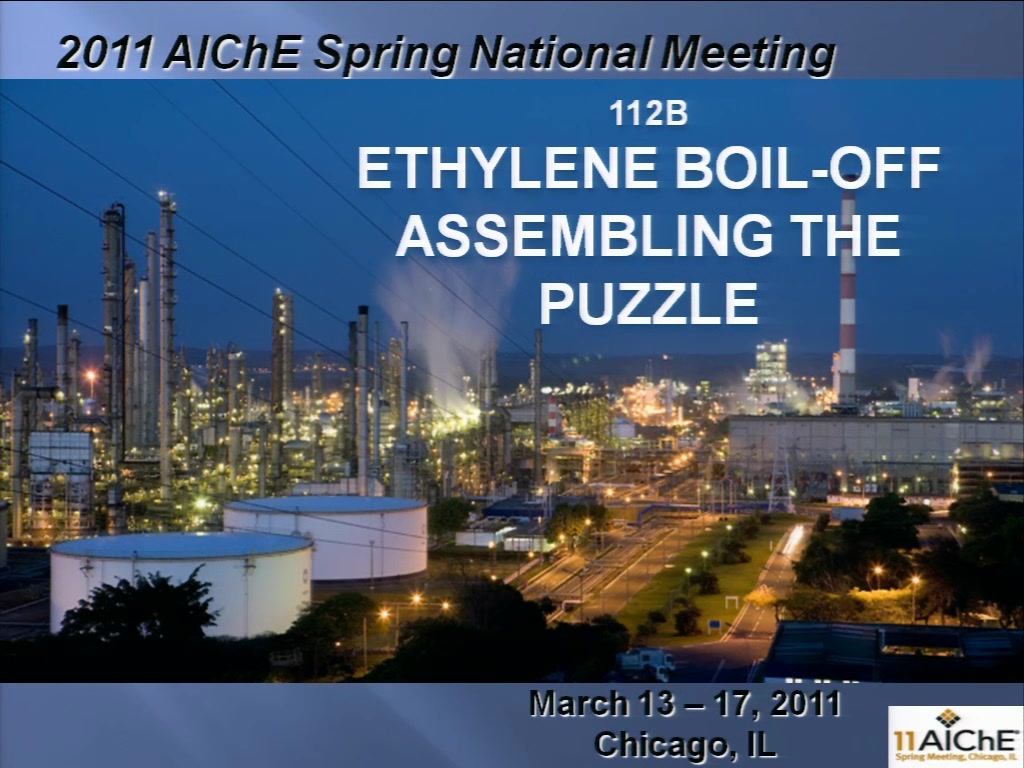 Braskem, a Brazilian player among petrochemical manufacturers, produces monomers, resins and chemicals specialties. The overall Ethylene capacity is 3,600 KTA, distributed in six Olefins plants. Naphtha is the main raw material of the petrochemical and plastic productive chain in Brazil, followed by gas from Refinery.

The Braskem’s Raw Materials complex in Bahia has two Olefins plants and a 15 KT ethylene storage capacity, with two cryogenic tanks. The ethylene is consumed mostly in Camaçari, at second generation plants and part of it is pumped, around 30 t/h, through a 475 km ethylene pipeline to Alagoas, to a vinyl chlorine plant.

The ethylene tank yard has three boil-off compressors, for tanks pressure control and losses reduction purposes. Two of them return the ethylene vapors back to the Olefins plant and the third, a high pressure compressor, sends the ethylene to the local ethylene pipeline.

On February 2009, during the high pressure boil-off compressor startup, an explosion occurred. A gasket in the discharge cooler and several pieces of the piping system have failed.

A thorough study was undertaken to understand the potential causes of the incident and if the startup procedures or the system design requires any improvement for safety reasons and to potentially eliminate a reoccurrence of similar event.

The incident was classified as process safety event. There were no personal injuries, even though had a potential medium risk, according to Braskem’s Risk Matrix.

The investigation took place with personnel interviews, inspection of the damage material, physical and chemical laboratory analysis and survey under potential contamination as well as ethylene decomposition mechanisms. The information and the investigation were thoroughly conducted, since the incident characteristics were not so obvious.

The main conclusion of the event is that an ethylene decomposition occurred during the startup pressurization at a low pressure, under 10 kgf/cm2g, due to a diatomic gas presence with ethylene.

All the boil-off compressors startup and the maintenance procedures were reviewed. Besides, a HAZOP study was conducted in all cryogenic storage system, including the propylene storage tanks, to clarify all the risks presents in that installation. The safety process protection system of the ethylene and propylene storage tanks has an updating design in progress.

Preview Presentation:
Presenter(s):
Niara Eckhard Uhlein
Once the content has been viewed and you have attested to it, you will be able to download and print a certificate for PDH credits. If you have already viewed this content, please click here to login.