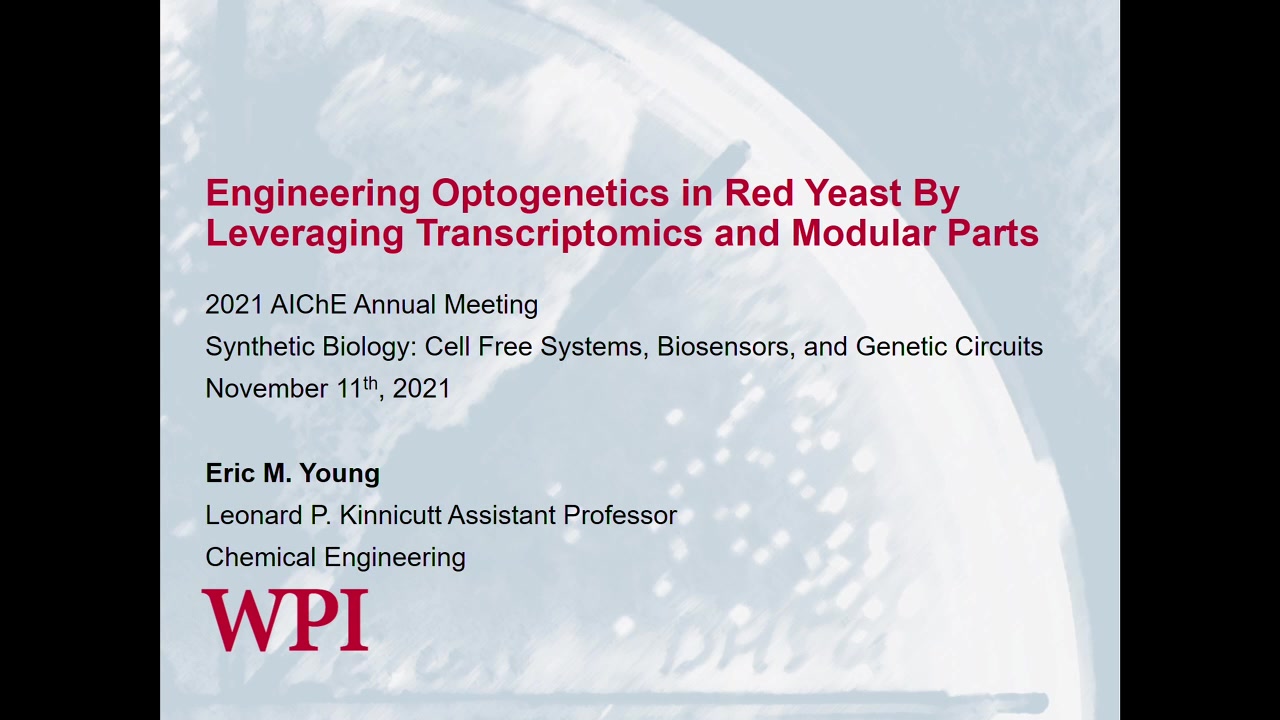 Fungi have photosensory systems that enable detection and response to light at various wavelengths. Previous work has shown that large sections of fungal genomes are regulated by light, but few efforts have been made to understand these regulation mechanisms and harness them to design light-responsive parts. Xanthophyllomyces dendrorhous, a basidiomycete red yeast, is a promising platform organism due to its naturally high metabolic flux through the terpenoid pathway, a foundational pathway for production of carotenoids, anti-cancers, anti-inflammatories, and antimicrobials. Furthermore, X. dendrorhous is one of many understudied fungal species with a known light response. In previous work, we have shown that specifically ultraviolet light stimulates carotenogenesis. In this work, we sought to understand and exploit natural optogenetic regulatory parts in two strains of red yeasts - X. dendrorhous wild type (CBS 6938) and a carotenoid astaxanthin overproducer (UBV-AX4).

Our initial optogenetic investigation involved exposure to light at various wavelengths and a positive chemical stress control. DESeq2 analysis was used to determine differentially expressed genes (DEG) across the set of light conditions. Both strains were found to have genes that were significantly affected by ultraviolet (UV) and blue light, whereas red and green light did not elicit significant differential expression. BLAST results were then used to inspect potential pathways solely affected by UV and blue light exposure, rather than a general stressor. Dozens of independent pathways were identified, indicating that several optogenetic regulatory circuits exist in X. dendrorhous. We specifically identified a cryptochrome-mediated response, which has not yet been reported in basidiomycetes.

Then, we mined the DEG data for optogenetic parts. Altogether, twenty-eight light-affected promoters including ten upregulated, ten constitutive, and eight downregulated were identified. We added these to our existing modular parts set consisting of nine promoters, ten terminators, and ten integration sites. We then tested each part with two reporters - red fluorescent protein, mCardinal, or NanoLuc luciferase. Strength and efficacy of parts and integration sites, respectively, were determined through fluorescence and bioluminescence assays.

Thus, we have identified the presence of optogenetic circuits in X. dendrorhous and harnessed them to build a multifunctional parts collection. We anticipate that this parts collection will be useful for metabolic engineering and synthetic biology in red yeast and other related basidiomycetes. We also envision that the demonstrated transcriptomics-guided part selection workflow will be a key strategy for engineering nonconventional organisms in the future.

Preview Presentation:
Presenter(s):
Joseph Collins
Igor Grigoriev
Anna Lipzen
Stephen Mondo
Emma Tobin
Eric Young
Once the content has been viewed and you have attested to it, you will be able to download and print a certificate for PDH credits. If you have already viewed this content, please click here to login.

2020 Danckwerts Lecture
Increasing costs and time pressure, as well as diversifying pipelines asking for more flexible production concepts and better product safety and efficacy, are...
Time-Scale Analysis: A Process Intensification Tool
When developing chemical process modules or analyzing a plant flow-sheet diagram one needs a tool to recognize the elements of the process where process...