Electrochemical Synthesis of Adiponitrile with a Rotating Rod Electrode 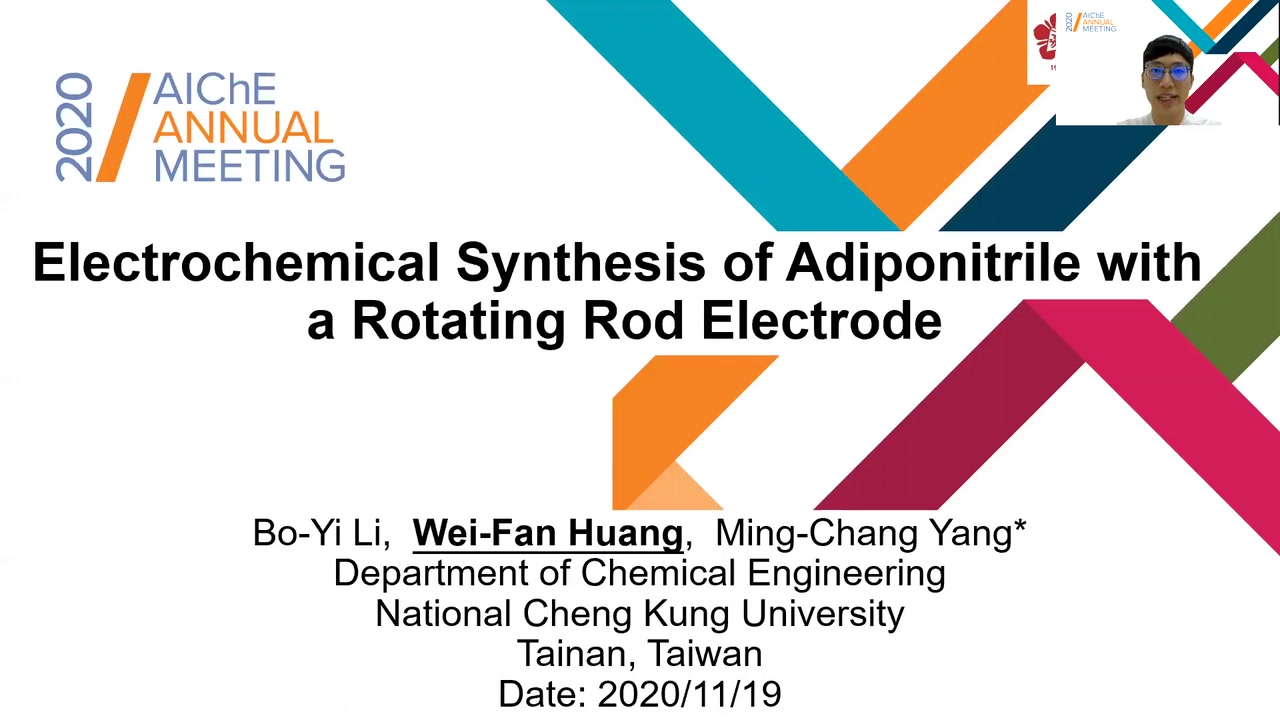 Adiponitrile (ADN) is an important raw material for the production of nylon 66. In industry, ADN can be produced by coupling acrylonitrile (AN) at the cathode with a constant current method. Mass transfer of reactant plays an important role in the reaction. In this study, a rotating rod electrode was applied to simulate the electrolyte flows which are commonly in industry. A higher rotation rate enhanced the formation of ADN and trimer and suppressed the propionitrile (PN) formation. When the rotation rate was higher than 2000 RPM, the oil droplets of the upper organic phase were vigorously drawn into the lower aqueous solution, thereby the proportion of AN in the water phase was kept at a high level and the generation of hydrogen was suppressed, resulting a high selectivity and production of ADN. At the rotation rate of 2000 RPM, the velocity at the electrode surface was about 0.83 m/sec, close to the range for the flow systems in industry. The effects of electrolyte composition on the product composition will be also reported. The conversion, current efficiency and selectivity were discussed by exploring the effects of the concentration ratio of AN and ADN in the electrolyte on the electrosynthesis of ADN.

The experimental results showed that with a fixed total amount of AN and ADN, more oligomers, i.e. ADN and trimer, were produced than PN initially. Along the reaction time, AN concentration decreased, oligomers production rate slowed down and PN production rate increased. A higher AN ratio in the electrolyte gave more initial oligomers than lower AN ratio did. If AN ratio was too low, hydrogen evolution became the main reaction.

Preview Presentation:
Presenter(s):
Wei-Fan Huang
Bo-Yi Li
Ming-Chang Yang
Once the content has been viewed and you have attested to it, you will be able to download and print a certificate for PDH credits. If you have already viewed this content, please click here to login.

Sulfur Myths - What We Know and What We Do Not Know
The use of organosulfur compounds in steam cracking furnaces to produce ethylene and propylene is a universal practice to essentially prevent carbon monoxide (...
YP Tutorial on Key Energy Drivers for Refining Processes