Effects of Elevated CO2 Concentrations on Yields of Agricultural Crops 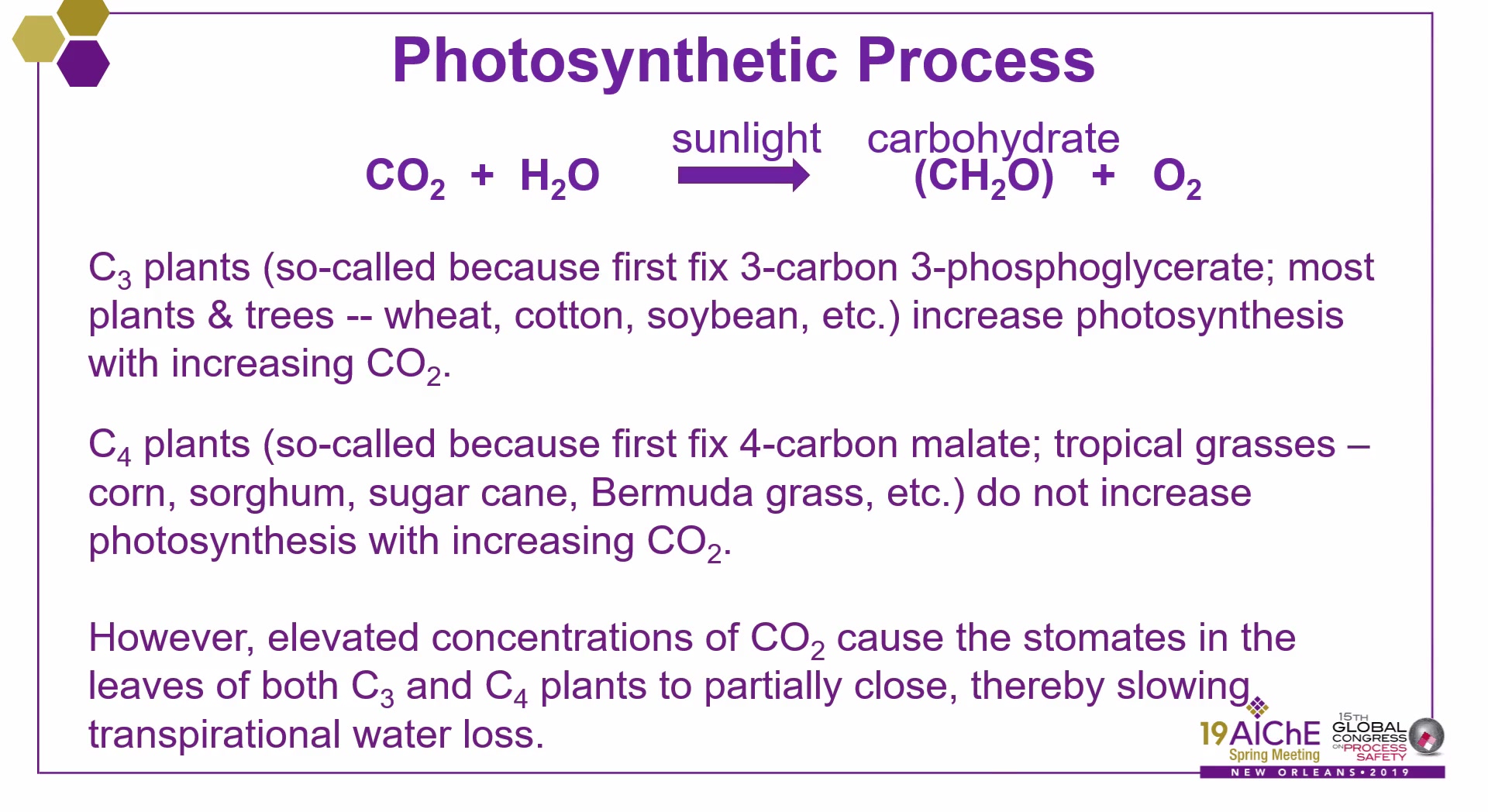 That elevated concentrations of CO2 can increase plant growth has been known since at least 1804, when a scientist named De Saussure reported that peas exposed to high CO2 concentrations grew better than control plants in ambient air (about 300 ppm at that time). Since then, thousands of experiments with elevated concentrations have been conducted, mostly in greenhouses and other types of enclosures, and almost of them similarly showed increases in growth and/or yield. Indeed, it is standard horticultural practice to enrich greenhouses to about 1000 ppm CO2 when conditions are cool enough that so that the greenhouses do not have to be ventilated for temperature control. Then, when it was realized that the atmospheric CO2 concentrations were increasing, scientists wondered what this portended for future plant growth and agricultural productivity in open fields. Therefore, about 30 years ago, free-air CO2 enrichment (FACE) technology was developed that enabled the air above open-field plots to be enriched with CO2 for entire growing seasons. Since then, FACE experiments have been conducted on cotton, wheat, ryegrass, clover, potato, grape, rice, barley, sugar beet, soybean, cassava, rape, mustard, coffee (C3 crops), and sorghum and maize (C4 crops). Elevated CO2 (550 ppm from an ambient concentration of about 353 ppm in 1990) decreased evapotranspiration about 10% on average and increased canopy temperatures about 0.7°C. Biomass and yield were increased by FACE in all C3 species, but not in C4 species except when water was limiting. Yields of C3 grain crops were increased on average about 19%, while other C3 crops were increased even more.
Preview Presentation:
Presenter(s):
Bruce Kimball
Once the content has been viewed and you have attested to it, you will be able to download and print a certificate for PDH credits. If you have already viewed this content, please click here to login.

Heterogeneous Catalytic Oxidation of Biorefinery Lignin for Dicarboxylic Acid Production
Directly production of dicarboxylic acid from biorefinery lignin is introduced as one new direction of lignin conversion to value-added chemicals , especially...
Liquid Membrane Immobilized in Durable Inorganic Matrix for CO2 Separation
In this work, we will report a new liquid/inorganic membrane product concept for CO2 separation. A liquid fluid of selective CO2 absorption properties is...