Effect of Soluble Surfactant on Flow Patterns in Microfluidic Drops 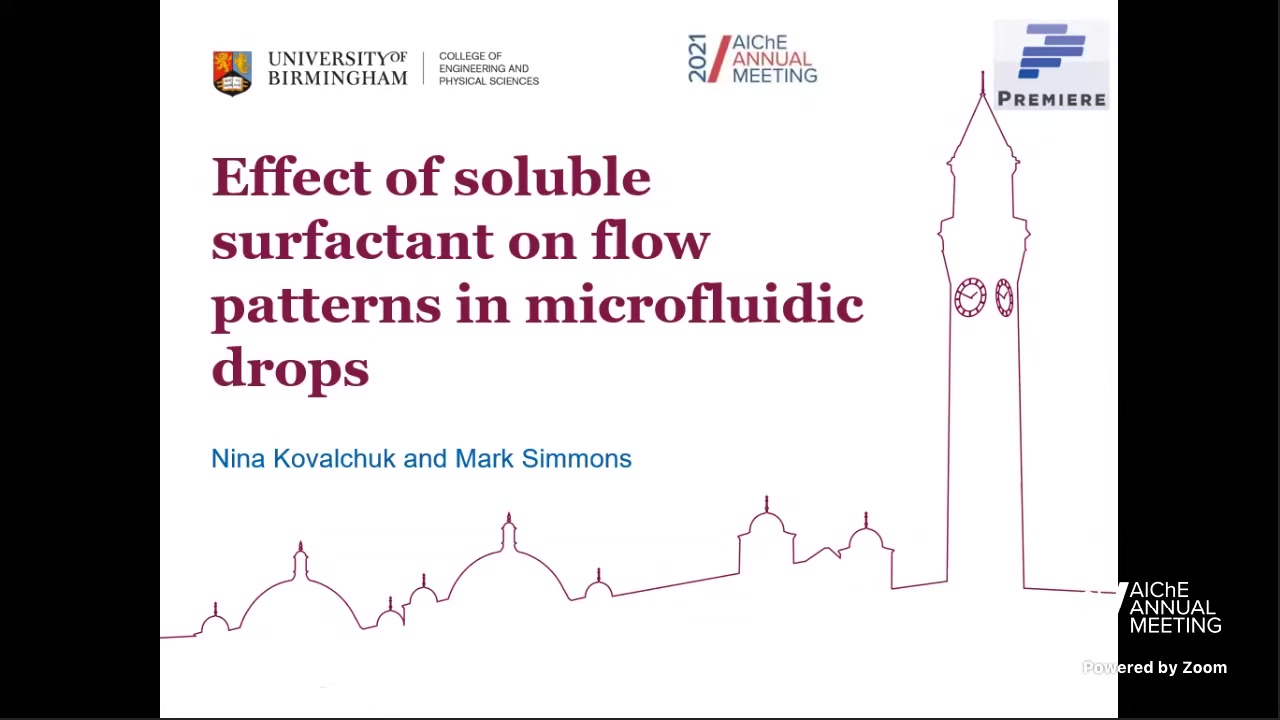 Using microfluidic drops as microreactors is a rapidly developing area of science and engineering which enables reaction studies and optimization using a statistically relevant number of reactors under tightly controlled conditions and using small amounts of reagents. This approach reduces considerably the ecological impact of research, development and production of new formulations. Drop microreactors have been successfully used for activities including measurement of enzyme kinetic constants [1], synthesis of nano-particles [2], cell screening [3].

Precise control of flow fields, shear stresses and mixing inside the micro-reactors are of great importance for many applications. A considerable number of microfluidic devices are made by soft lithography and have a rectangular cross-section. Flow fields inside the drops moving in such devices are much more complicated compared to the drops moving in cylindrical tubes because of nonuniform velocity distribution within the continuous phase [4]. The continuous phase moves slower in thin films near the channel walls and much faster in the corners.

In microfluidic reactors, surfactants can be often present within a dispersed phase as a part of formulation. The behaviour of surfactant within the confinement of a drop with recirculation patterns present can be very different from surfactant in continuous phase. Examination of the effect of surfactant added to dispersed phase on the flow pattern inside this phase is the focus of this work.

The continuous phase used in this study was silicone oil, SO, (Sigma), and the dispersed phase, G/W, was 52:48 w:w mixture of ultrapure HPLC-grade glycerol (Alfa Aesar) and double distilled water from a water still Aquatron A 4000 D (Stuart). Glycerol was added to dispersed phase to match the refractive index with continuous phase and avoid optical distortions at the interface.

A schematic of microfluidic device is shown in Fig.1a. The rectangular channels have a width W = 346±3 Âµm and a height H = 167Â±3 Âµm. Drops were formed in the flow-focusing cross-junction. Liquids were supplied to the junction by syringe pumps Al-4000 (World Precision Instruments) equipped with 5 mL plastic syringes (Fisher). The length of drops was varied in the range of W â€“ 1.4W for all studied compositions. The size of drops was adjusted mostly by changing flow rate of continuous phase; the flow rate of dispersed phase was varied only to increase the distance between the drops to prevent coalescence.

Flow fields inside the drops were measured in the output channel after T-junction. To make measurements under the same flow conditions, compensating amount of continuous phase was added through an additional channel at T-junction to keep the overall flow rate in observation channel at 32 ÂµL/min (superficial flow velocity 9.2 mm/s). Total flow rates of 64 and 96 ÂµL/min were additionally used for surfactant-free drops to study the effect of capillary number on flow patterns. Flow fields were measured always in the same position at distance of ~ 10 W (within the window of 3.3 â€“ 3.8 mm) from the T-junction. All flow patterns inside the studied drops were completely symmetrical, confirming that this distance was large enough to eliminate all distortions of the flow field imposed at junction.

Flow fields inside the dispersed phase were studied by Ghost Particle Velocimetry, GPV, [6, 7] using as tracers the speckle patterns of white light scattered by particles smaller than the diffraction limit, in this study polystyrene particles of 200 nm (10% solid, Sigma). The dispersion of nano-particles was diluted by dispersed phase at ratio 1:50 (v:v). The moving drops were recorded by a high-speed video camera (Photron SA-5) connected to an inverted microscope (Nikon Eclipse Ti2-U) at 10 000 fps, exposure time of 0.04 ms and magnification 40x giving image resolution 0.5 Âµm/pixel. The numerical aperture of condenser was adjusted to ~ 0.2 resulting in resolution along the optical axis around 12.5 µm. This resolution enabled probing the flow fields in several cross-sections over the channel height. In particular, the flow fields were recorded at the middle plane of the channel and at distances 20, 40, 60 and 80 µm from it. The last cross-section is very close to the bottom channel wall.

Acknowledgment: This work was funded by the EPSRC Programme Grant PREMIERE EP/T000414/1. 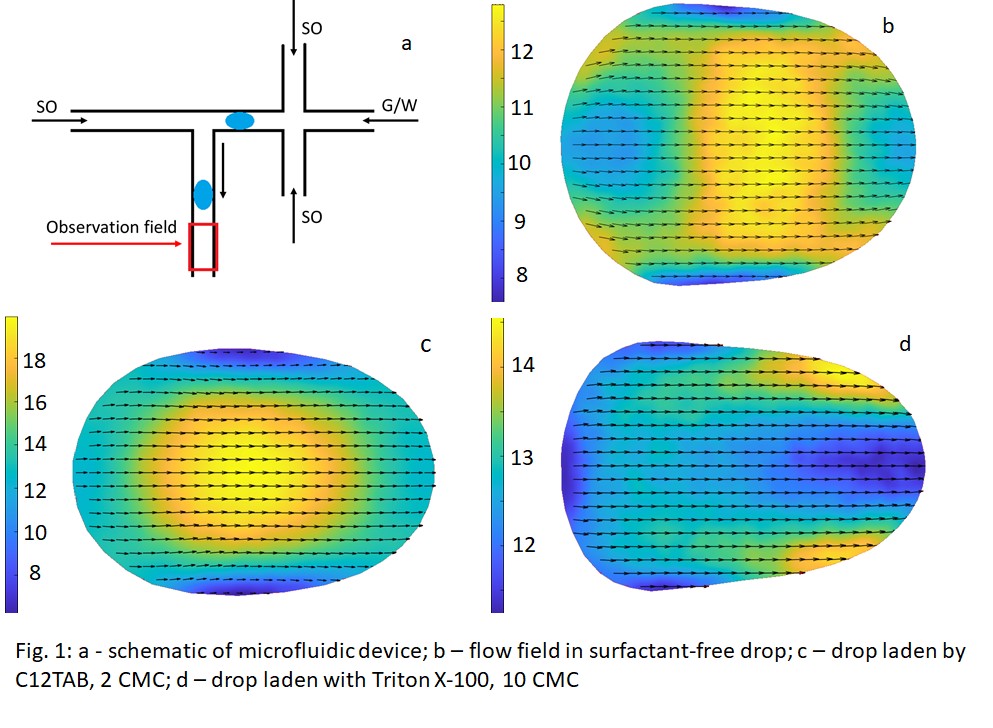 Preview Presentation:
Presenter(s):
Nina Kovalchuk
Mark Simmons
Once the content has been viewed and you have attested to it, you will be able to download and print a certificate for PDH credits. If you have already viewed this content, please click here to login.