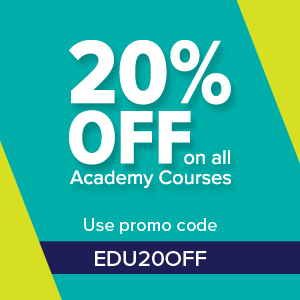 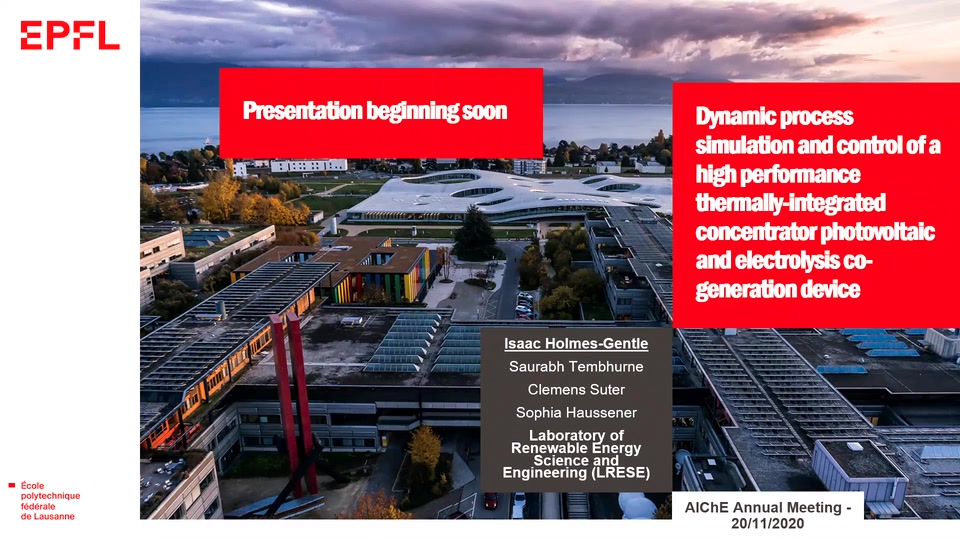 Solar hydrogen producing devices utilising photonic energy conversion encompass a large spectrum of device types [1], and in this work we investigate the performance of a compact thermally integrated and directly electrically coupled photo-voltaic (PV) and electrolyser (EC) operating at high solar concentrations (~800 suns). Previously, a lab scale prototype (30 W scale) using concentrated light (~470 suns) has experimentally demonstrated the synergetic effect of the thermal integration of the water splitting reaction and the PV cell due to the improved kinetics of the electrochemical reaction at higher temperatures and the reduced recombination in the PV cell at lower temperatures [2]. In this work, a larger scale similarly integrated device is simulated in order to study the operability and real world performance and provide control guidelines for the pilot kW scale integrated solar hydrogen device demonstration (38.5 m2 solar parabolic dish) underway at EPFL. A lumped mixed differential-algebraic model was constructed from the energetic, mass and momentum continuity equations for the PV, EC, solar dish, water pump and piping. This was numerically solved using gPROMS ModelBuilder for representative parameters extracted from experimental data and literature. A high efficiency solar parabolic dish (86 % optical efficiency), a triple-junction (InGaP/InGaAs/Ge) concentrator solar module (30-36 % electrical efficiency at maximum power point) and a proton exchange membrane (PEM) electrolyser (50-70 % electrical efficiency based on Gibbs energy) was considered.

Firstly, the steady-state behaviour of the model was investigated. Energetic system efficiency to hydrogen (based on the Gibbs energy) was found to be between 16-21 % depending on configuration and operational point. A parametric study varying the water mass flowrate and the Direct Normal Irradiance (DNI) discovered disparate behaviour at different ratios of EC to PV cells, where a pseudo thermal runaway situation is identified at operating voltages higher than maximum power point voltages and for low flowrates. Whilst we demonstrate that the PV temperature remains bounded (i.e. mathematically stable), it will quickly exceed the maximum allowable value and therefore, the control strategy must be adapted accordingly (via PV voltage and current monitoring).

Secondly, the system dynamics is explored through system response to step changes in the major disturbance variable (DNI) and controlled variable (water flowrate). Non-linear system dynamics are observed as the operating point of the PV-EC non-linearly depends on system temperatures which have differing time constants. The fast dynamics (temperature time constants ~5-30 seconds) observed leads to fast start-up times, suitable for the operation under varying meteorological conditions.

Thirdly, control strategies were identified and evaluated using the developed model. The two major requirements to ensure safe and efficient operation are: 1) PV temperature should not exceed 100 °C 2) EC power must be maintained within a large operational window typical of PEM electrolysers (10-110 %). In order to meet the first requirement, whilst simultaneously stabilising the thermal output of the system both feedback and feedforward control for the water flowrate are investigated. The impact of time delay leads us to recommend a model-based feedforward-feedback control, which maximises the amount of useful heat than can be extracted and stabilises the system temperatures over the diurnal solar irradiance, whilst remaining responsive to large changes in DNI. Furthermore, the system response to major deviations from normal operation, such as pump failure or electrical disconnection, is quantified and this reiterates the need for sub-second monitoring and control.

Control strategies for the daily, seasonal and yearly variations in solar irradiance and ambient temperature is investigated. If the EC stack power falls below a critical value, then the stack must temporarily be supplied with external electricity or shut-down completely, both of which possess energetic penalties to the overall system efficiency. We implement a discrete state-based process control routine (with conditional transitions between states based on monitored measurements such as DNI, electrolyser power and time elapsed) to demonstrate continued operation on intermittently cloudy days, whilst minimising the external power required.

Preview Presentation:
Presenter(s):
Sophia Haussener
Isaac Holmes-Gentle
Clemens Suter
Saurabh Tembhurne
Once the content has been viewed and you have attested to it, you will be able to download and print a certificate for PDH credits. If you have already viewed this content, please click here to login.

Modeling and Nonlinear State Estimation for Advanced Process Control of the Enzymatic Conversion of Lactose into Value-Added Products
Due to increased concerns over sustainability of chemical processes, significant research has been conducted to minimize the amount of process waste generated...
Linear Control in a Nonlinear World (A Practical Perspective)
Most process control applications assume that the processes they control are âlinearâ. In other words, they should respond...