We are currently experiencing technical difficulties with our course learning management system.

Please contact our customer service team at customerservice@aiche.org or call 1.800.242.4363 if you are in need of assistance. 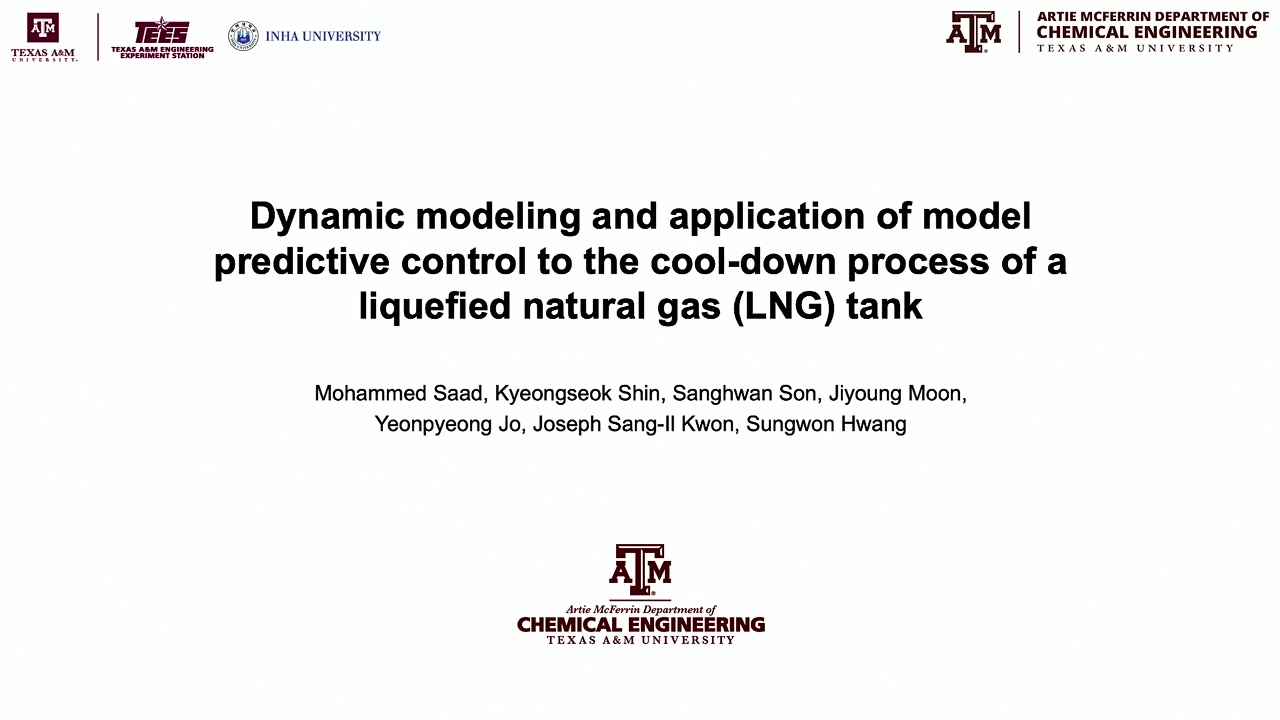 Liquefied natural gas (LNG) is a natural gas which is liquefied below its boiling point (-160 C) and has been widely adopted as an alternative to conventional petroleum energy sources to comply with the tightening environmental regulations [1]. During the loading of LNG, excessive boil-off gas (BOG) is unavoidable due to the large temperature difference between the LNG and a tank, and this causes a pressure change in the tank [1, 2]. In addition, the drastic change of the temperature inside the tank induces the thermal stress of a tank material, which may cause potential damage to a tank structure [3]. In order to prevent the aforementioned issues, it is necessary to gradually decrease the temperature of the tank before loading the LNG into a cargo containment system, which is known as a pre-cooling or cool-down process [4].

During the cool-down process, the injection of a large amount of LNG spray into the tank ensures rapid temperature reduction of the tank while resulting in high thermal stress of a tank wall [5]. Meanwhile, the LNG spray also produces excessive BOG, which continuously builds up pressure inside the tank. Hence, to ensure the safety of the tank, vent gas is released from the tank to regulate the elevated pressure. However, the vent gas requires further treatment, such as reliquefaction, to return it to the cargo tank, which increases energy costs [6]. In this regard, it is important to effectively adjust the manipulated variables such as the amount of LNG spray and vent gas to achieve safe and economic operation of the cool-down process.

Model predictive control (MPC) has been widely implemented in industrial applications due to its ability to handle constrained multi-input-multi-output problems [7]. For instance, the MPC has been applied to the LNG tank system and proven to perform better than conventional PI control for set-point tracking and disturbance rejection [8]. Moreover, it has been reported that the MPC scheme efficiently controls the tank pressure [9]. Although the MPC control techniques have been developed to control the steady-state system, no studies have been carried out considering the transient cool-down process of the LNG tank.

Preview Presentation:
Presenter(s):
Sungwon Hwang
Joseph Kwon
Kyeongseok Shin
Sang Hwan Son
Once the content has been viewed and you have attested to it, you will be able to download and print a certificate for PDH credits. If you have already viewed this content, please click here to login.

Modular Warm-Temperature Syngas Cleanup Technology – Development and Path Forward
Gasification is a mature technology that converts desired solid or liquid raw materials into synthesis gas (syngas) â a mixture of H 2 , CO,...
Engineering Design for Ergonomics – the Missing Link
Process safety addresses many issues related to the safety of employees in the workplace and human performance. Human factors is included in the safety culture...