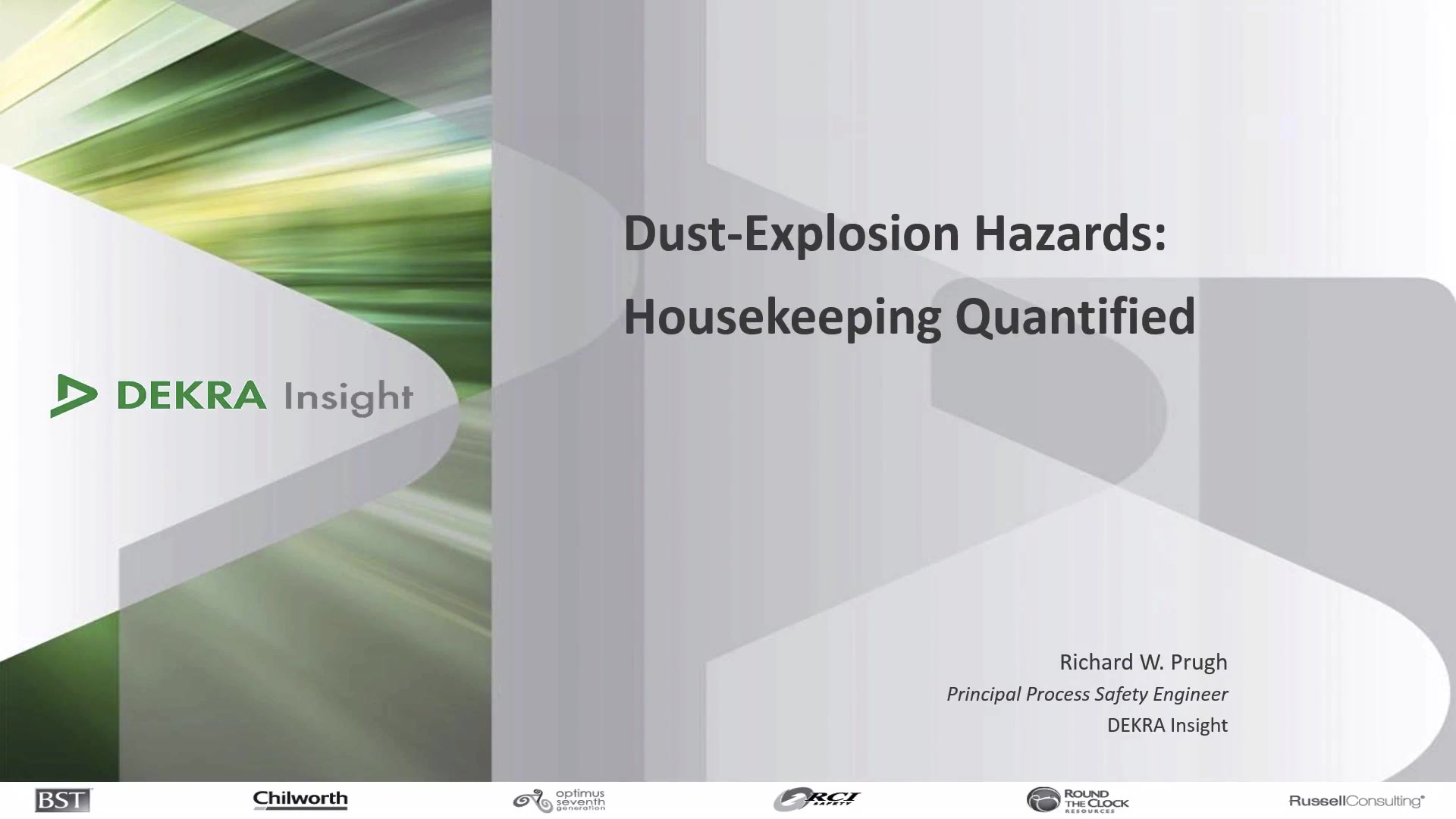 Limiting the accumulation of combustible dusts in the workplace is critically important in the prevention of primary and secondary dust explosions.  Guidance on accumulation limits began in 1997 by the NFPA in the form of a layer-thickness criterion.  As stated in NFPA 654, “the hazard area shall include areas where dust accumulations exceed 1/32 inch (0.8 mm).”  In the 2000 issue, this criterion was modified to allow for differences in bulk density of the dust, with the 1/32-inch criterion applying to a bulk density of 75 pounds per cubic foot.  For lower bulk densities, the dust-layer thickness could be greater.

The layer-thickness criterion was used in NFPA 499 to determine appropriate electrical classifications of dusty areas.  In the 2008 issue, a layer thickness of 1/8 inch was considered sufficiently hazardous to warrant a Class II, Division 2 requirement.

In the 2013 issue of NFPA 654, two additional methods for quantitatively determining whether or not a hazardous amount of dust had accumulated in the workplace.  Mass Methods A and B were introduced, with examples of the use of these methods in Annex D of this standard.

In the 2016 issue of NFPA 652, the term Threshold Housekeeping Dust Accumulation was introduced, with reference to other NFPA standards for the quantity limitations.

This paper compiles the current methods for determining the amounts of dust that would be hazardous as fuel for flash fire or secondary explosion.  Also presented is guidance for housekeeping to minimize the explosion hazards and to provide an environment where general-purpose electrical equipment could be used, in an “unclassified” area.

Preview Presentation:
Presenter(s):
Richard Prugh
Once the content has been viewed and you have attested to it, you will be able to download and print a certificate for PDH credits. If you have already viewed this content, please click here to login.

Comparison of Potential Alternative Process Options for Solar Energy Storage and Distribution
The TRANS-CSP study conducted by DLR in 2006 concluded that around 630.000 TWh(el) of renewable energy could be harvested economically in desert regions of...
An Affordable Non-Linear APC Technology for Distillation Columns Using First Principle Models
Standard linear APC solutions have been widely applied on distillation columns for decades. However, for many columns the use of non-linear APC technology can...