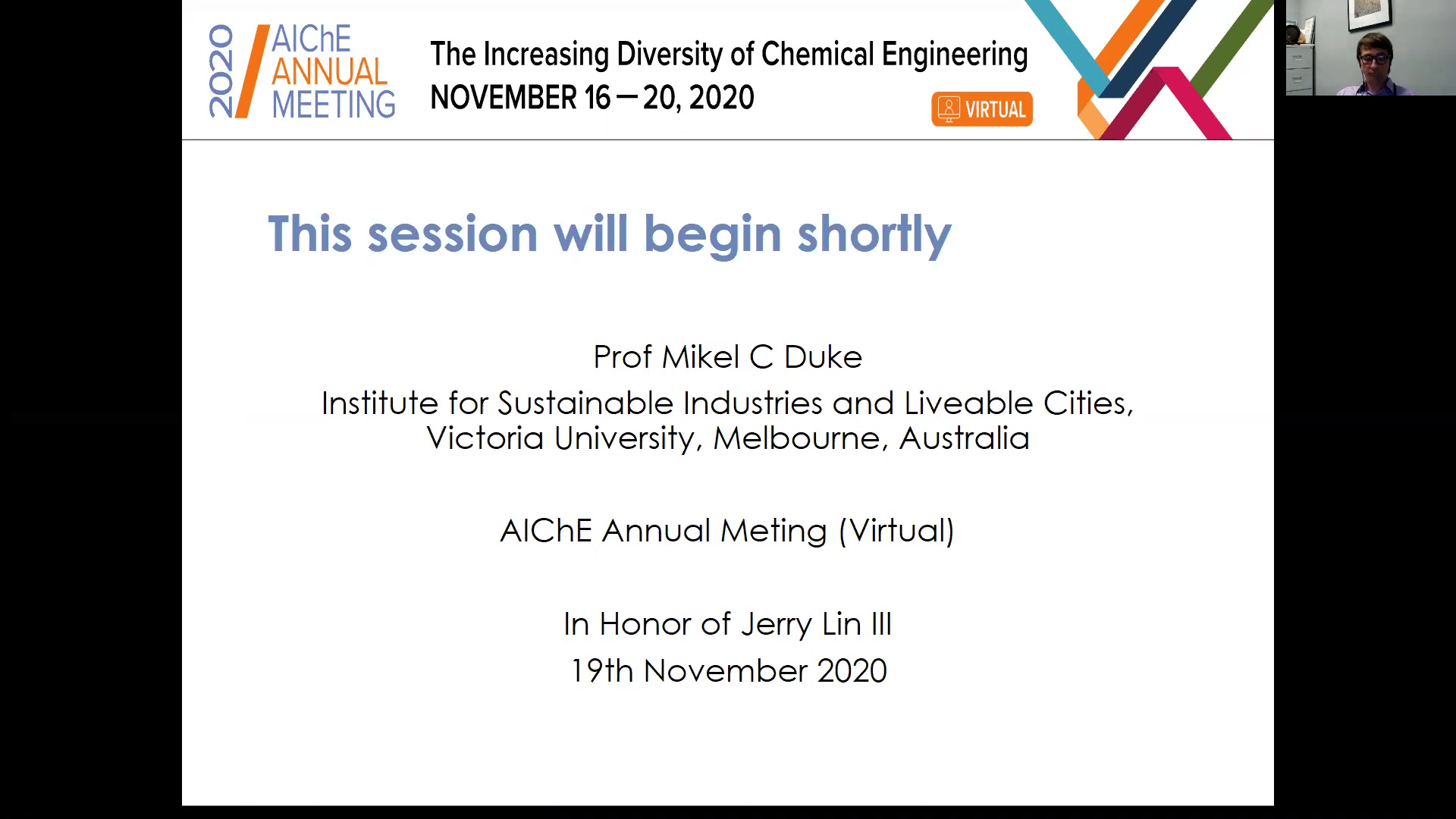 Gases and hydrated ions exhibit unique behaviour inside inorganic materials such as amorphous microporous silica and zeolites, where the pore spaces are only slightly larger than they are. Prof Lin was one of the earliest researchers to master successful fabrications of defect-free microporous inorganic membranes for molecular scale separations of gases and liquids. This inspiring early work led to a collaboration starting 12 years ago to explore molecular sieving of gases through tailored pore size amorphous microporous silica, and an even newer topic on the selective behaviour of hydrated ions in zeolite cage structures.

The pores of amorphous microporous silica are unique in their ability to be tailored to selectively permeate small molecules like He and H2, while reject only slightly larger CO2, N2, CH4 and CO, implying these materials have a pore size of around 0.3nm [1]. This size is challenging for most analytical techniques to measure, but with positron annihilation lifetime spectroscopy (PALS), the hierarchical structure having pore sizes peaking at 0.3nm, 0.8nm and 1.2nm was revealed for the first time, together with confirmation of the proposed silica network assembly mechanisms upon thermal treatment [2].

More recently, a study was extended to hydrated ions in zeolite structures. The first known studies on this commenced with MFI-type zeolite membranes made by in-situ crystallization, demonstrating a unique aqueous ion sieving effect, for example Na+ rejection of 77% whereas Mg2+ rejection was reported at 88% [3]. Despite being significantly more expensive than traditional well established desalination technologies, MFI-type zeolites interact uniquely and specifically to hydrated ions yielding potentially more useful effects. For example, monovalent ions such as Na+ and K+ more easily enter the zeolite intrinsic pores, altering the unit cell dimensions, while divalent ions such as Ca2+ and Mg2+ mostly interacted within the intercrystalline pores [4]. Further tailoring of the ion behavior was achieved through Si/Al ratio of the zeolite [5], while increasing temperature from 20°C to 90°C saw a unique ability to reversibly trigger selective passage of K+ [6]. Meanwhile, larger multivalent ions Al3+ and Fe3+ showed strong binding uniquely into the intercrystalline pores, offering the ability to block grain boundary defects and increase rejection of smaller ions such as Na+ [7]. Although zeolite membranes perform well as extremely robust desalination membranes [8], their higher cost implies viable outcomes in niche areas such as sensors or targeted high value ion separations.

Preview Presentation:
Presenter(s):
Mikel C. Duke
Once the content has been viewed and you have attested to it, you will be able to download and print a certificate for PDH credits. If you have already viewed this content, please click here to login.