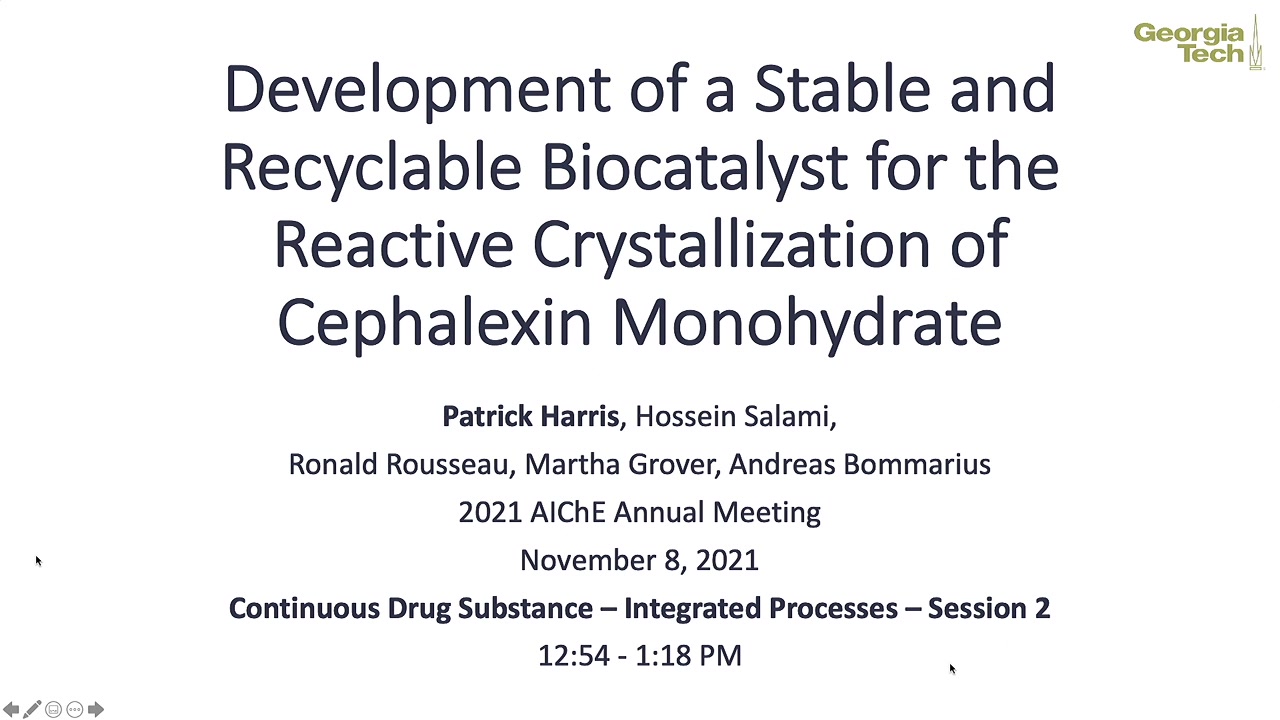 Beta-lactam antibiotics are vital drugs used in the treatment of various bacterial infections. Recently, the enzymatic production pathways for semi-synthetic beta-lactam antibiotics have gathered interest due to their benefits over traditional chemical synthetic pathways such as lower organic solvent usage, lower energy usage, and higher process mass intensity. Enzymatic synthesis is achieved via coupling of a synthetically derived activated acyl-donor with a naturally derived beta-lactam nucleus. Hydrolysis of the activated acyl-donor (primary hydrolysis) and product API (secondary hydrolysis) is also generally catalyzed by the enzyme. Due to this, any enzymatic production process is largely influenced by the selectivity of the enzyme. Penicillin G acylase (PGA) from E. coli remains the most employed enzyme as it is thermally stable, catalyzes the synthesis of many beta-lactam antibiotics (e.g., cephalexin, amoxicillin, ampicillin), and has been previously engineered to improve selectivity.

The synthesis of any generic drug such as early-generation beta-lactam antibiotics generally requires the recovery and reuse of the biocatalyst to reduce capital costs and improve profitability. Biocatalyst reuse is often achieved via immobilization of the enzyme on a solid support followed by filtration of the biocatalyst from the reaction media. We have previously studied the reactive crystallization of beta-lactam antibiotics using soluble PGA for improved yield and process intensification (Encarnación-Gómez, Bommarius et al. 2016, McDonald, Bommarius et al. 2017). Current challenges involve the development of a biocatalyst which is stable under reactive crystallization conditions and recyclable from a crystal slurry. A few studies have been conducted on the immobilization stabilization of PGA (Kallenberg, van Rantwijk et al. 2005), yet none have focused specifically on the design for reactive crystallization.

In this contribution, we detail the design of a biocatalyst which is both mechanically and kinetically stable for the reactive crystallization of cephalexin and separable from a slurry of cephalexin monohydrate crystals. We investigated the use of several methacrylate based macroporous and agarose-based carriers with different size ranges and covalent chemistries (e.g., epoxy, glutaraldehyde, glyoxyl). Additionally, we examined the use of gel encapsulation of support particles to improve their mechanical stability and recyclability. The biocatalyst-support system was evaluated for stability via application to batch and continuous reactive crystallization experiments to determine the impact of product precipitation within the support on biocatalyst activity and selectivity. It was determined that methacrylate-based supports are more susceptible to deactivation than agarose-based supports in the presence of crystallization. Additionally, a tradeoff exists between utilizing smaller support particles encapsulated in gels and larger support particles. Smaller support particles result in higher residual activity and selectivity than larger support particles, but encapsulation within a gel lessens these observations. These conclusions may inform the future design of solid biocatalysts utilized in the reactive crystallization of pharmaceutical compounds.

Preview Presentation:
Presenter(s):
Andreas Bommarius
Martha Grover
Patrick Harris
Ronald Rousseau
Hossein Salami
Once the content has been viewed and you have attested to it, you will be able to download and print a certificate for PDH credits. If you have already viewed this content, please click here to login.

Assessing Ozonation Suitability for Secondary Effluent Treatment Via Virtual Piloting with the Amozone Model
Introduction Drinking water treatment and (indirect) potable water reuse (IPR) is nowadays a topic of major attention due to the rising (and interconnected)...
A Digital Twin of Flexible Modular Continuous API Manufacturing Process
Advanced continuous manufacturing (CM) is emerging as a preferred platform for the production of active pharmaceutical ingredients (APIs). The future...