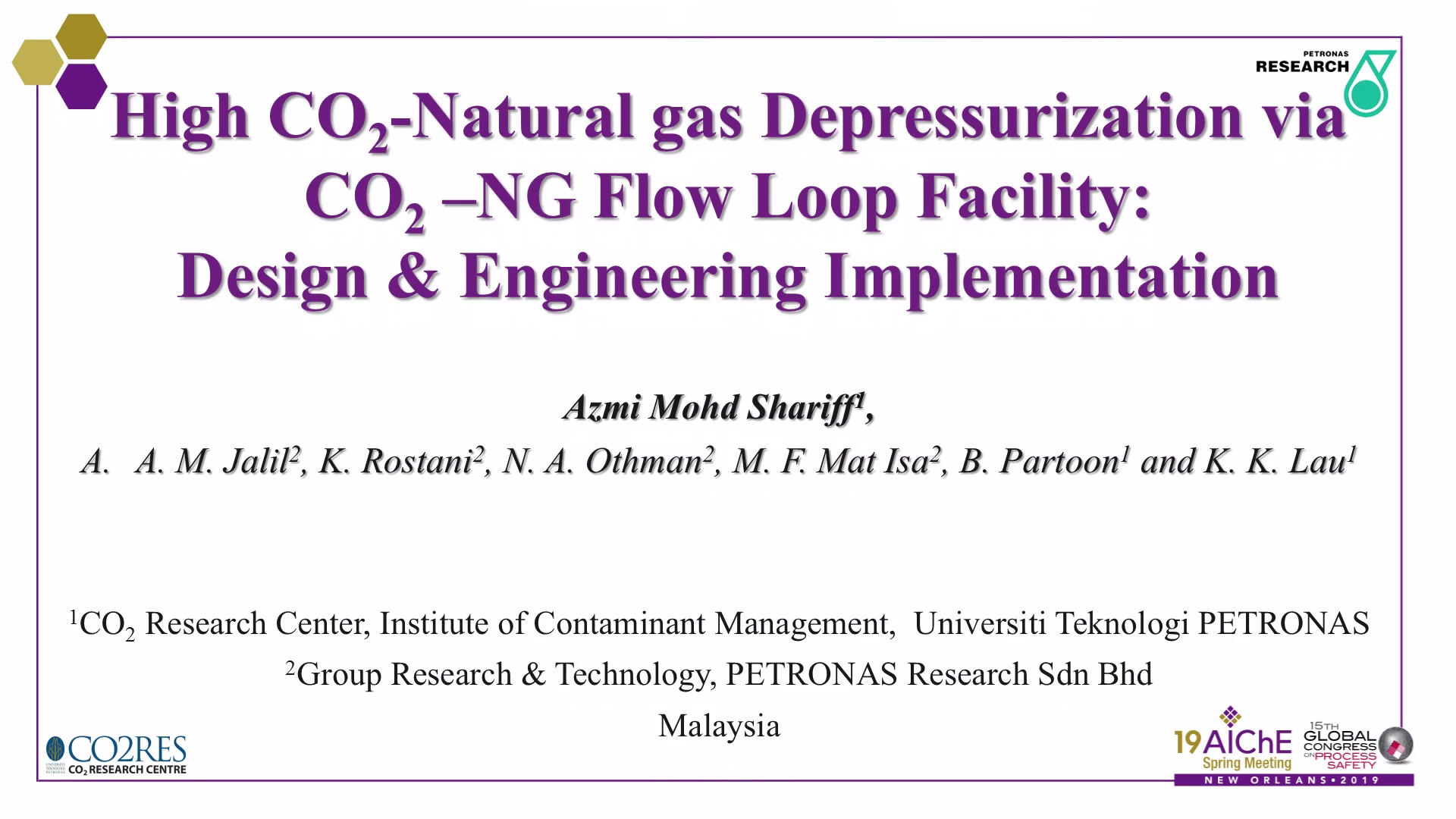 As easy gas resources around the world are depleting; high Carbon Dioxide (CO2) gas fields are thrust into the spotlight to become new candidates for field development. However, the presence of oftentimes sizable Carbon Dioxide contents in the gas reservoir (can be up to 80% volumetric) introduced a huge technical and economic challenges towards the field exploitation.

Over the last few years, several studies have been conducted on cryogenic technologies such as cryogenic distillation and supersonic nozzle in CO2 separation for fields containing more than 40% of CO2. Based on the studies, these new cryogenic technologies have shown to have high potential in separating CO2 from natural gas offshore to be utilized under carbon, capture, storage and utilization (CCUS) project.

The new cryogenic technologies are currently being tested for the proof of concept. Hence, a pilot plant, which is a scaled down version of the technology was developed. One of the major challenges faced during the pilot plant testing is the emergency depressurization philosophy as the process involves CO2 solids handling which is uncommon to the industry standard. Depressurization of high CO2 fluid at cryogenic temperature would lead to possibility of CO2 solid formation, hence potential blockage of process equipment and venting line.

Preview Presentation:
Presenter(s):
Azmi M Shariff
Once the content has been viewed and you have attested to it, you will be able to download and print a certificate for PDH credits. If you have already viewed this content, please click here to login.

Process Safety 101 - Understanding Process Safety
This course offers an overview and introduction to process safety and was co-developed by AIChE’s Center for Chemical Process Safety (CCPS) and industry. It...
Ignition of Dust Layers by Mechanical Sparks
Dust explosions represent a considerable safety risk in process industry. Statistical records of dust explosions show that 32.7 % of these explosions are...