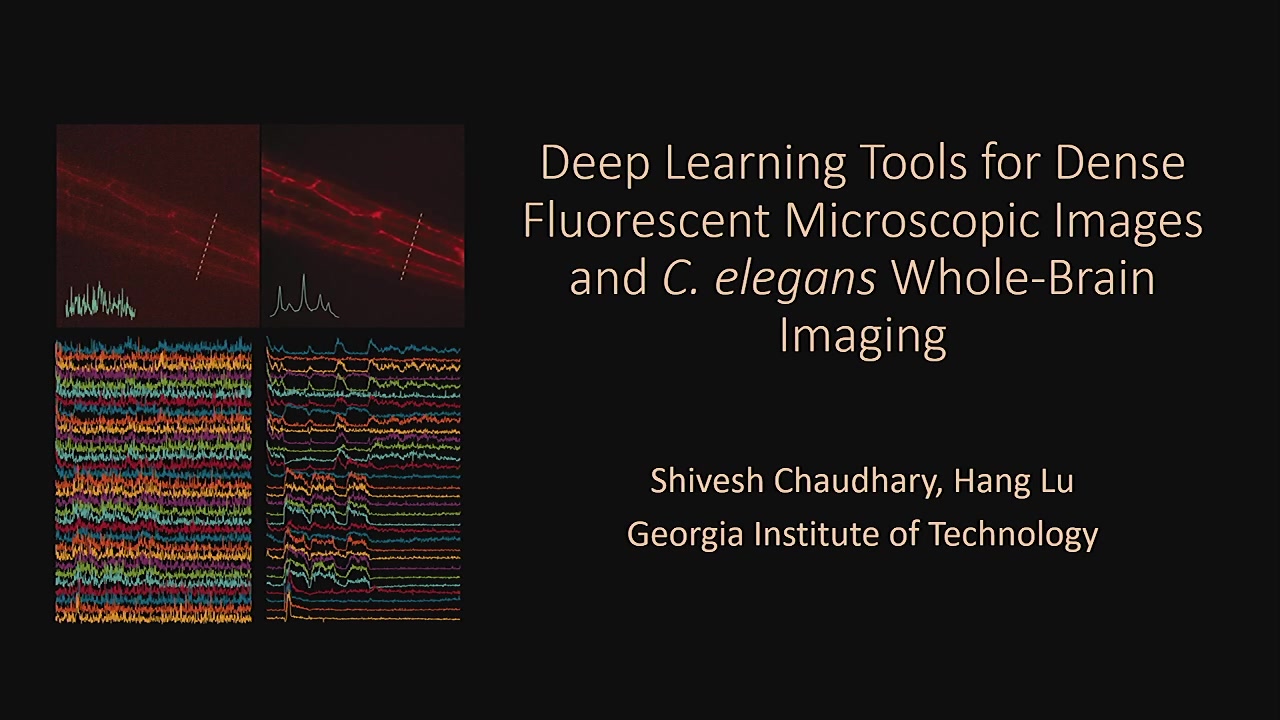 C. elegans is an extremely useful model organism in understanding neural basis of behaviors because of several advantageous features. The nematode has a small and fully mapped nervous system, displays complex behaviors, and is amenable to fluorescence imaging. Recent advances in microscopy have enabled simultaneous recording of activities of the entire brain of freely behaving C. elegans, thus producing a mine of rich datasets. Advances in deep learning and computer vision have revolutionized analysis of neuron activity and behavioral data in neuroscience community but tools for C. elegans are not available. Here we present a deep learning (DL) toolbox â€“ a collection of three deep learning methods to solve challenging problems in C. elegans whole-brain imaging.

First, accurate segmentation of densely packed nuclei in fluorescence channels is critical for downstream tasks such as cell tracking, signal extraction and identity annotation. While many deep learning methods are available for 2D images, 3D segmentation methods for highly anisotropic images are not available. We combined a well-known DL framework for instance segmentation in 2D images [1] with optimal transport [2] based clustering to produce 3D segmentations in anisotropic images. Comparison against other methods on experimental and synthetic datasets show that our method is more accurate (5-8% higher F1 score) and more robust across a range of baseline cell signals and image noise levels (6-17% higher F1 score). Further DL method is 3.7 times faster than previous method.

Second, whole-brain imaging in freely moving worms is currently not widespread because of the requirement of custom designed microscopes with low-magnification behavior tracking and high-magnification fluorescence imaging channels [3-4]. However, commonly available microscopes in most laboratories do not have two light-paths for simultaneous low-magnification and high-magnification imaging. Thus, we developed and optimized a fast DL framework (30-644 times smaller model size and 5-8 times faster than previous methods) to directly predict the worm pose (skeleton) from high-magnification fluorescence channels, a key step in analyzing the behavior of animal. Fast inference of pose using only fluorescence channel enables worm-tracking thus eliminating the need of separate behavior channel. We show that predicted worm pose can be used for behavior analysis and cell-tracking in videos. Further, eliminating the need of custom microscopes will enable more labs to do whole-brain imaging in freely moving animals. 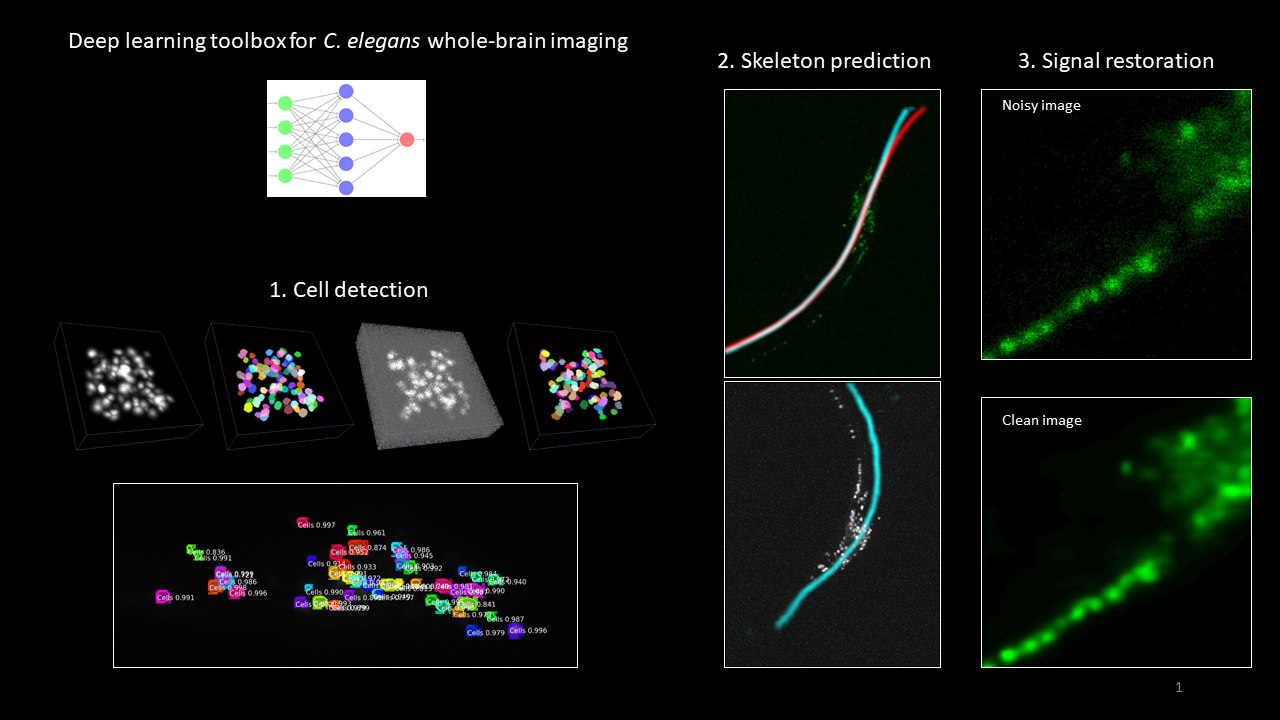 Preview Presentation:
Presenter(s):
Shivesh Chaudhary
Hang Lu
Once the content has been viewed and you have attested to it, you will be able to download and print a certificate for PDH credits. If you have already viewed this content, please click here to login.