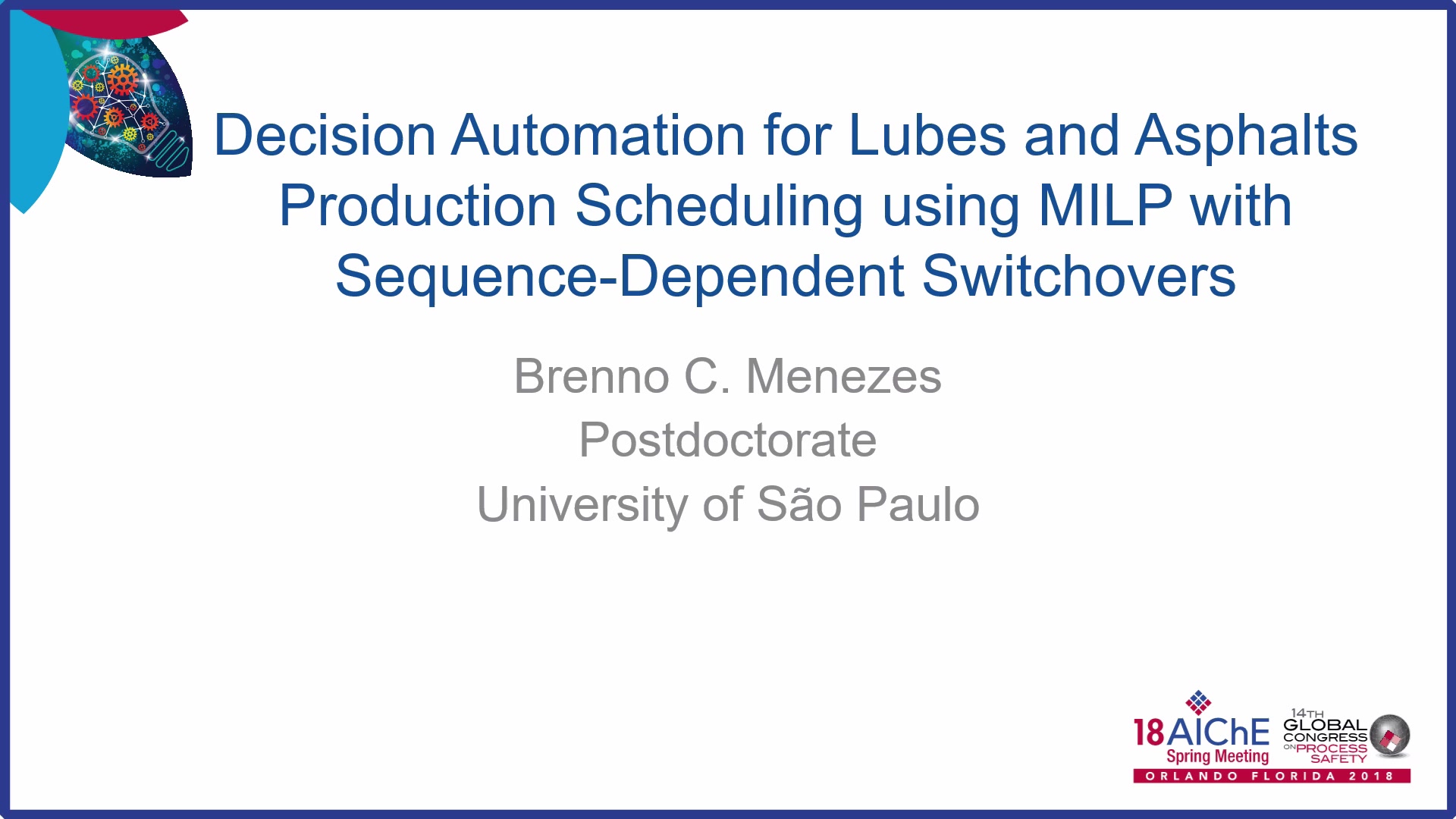 Hydrocarbon fractions for lubes and asphalts are produced in vacuum distillation units (VDU) by feeding reduced streams or atmospheric residue from crude-oil distillation units (CDU). The light and heavy vacuum distillates (gasoils) of the reduced crude-oils contain paraffinic, naphthenic and aromatic compounds of around 25 to 45 carbon atoms. To transform these streams into lubricant base oils, further steps of processing in solvent extraction, dewaxing and hydrotreating units are included in the process network. The VDU bottom or residue can be transformed into fuel-oils and asphalts by diluent addition to specify certain properties such as viscosity index.

In the production of lubes, the VDU downstream units remove from the lube streams aromatic compounds and long chain paraffins (waxes) using solvent extraction processes for further hydrotreating. Variations in process variables to modify distillation curves of VDU distillates and the degrees of extraction and hydrotreating define the properties of the base oil such as viscosity and sulphur and saturated carbon chain concentrations [1,2]. These lube base oils are grouped into such as group I, II, & III considering their properties, where group III are the most highly processed, most expensive and highest performing of the crude-oil derived lubes. In the production of fuel-oils and asphalts, the external input of extra diluent into the refinery field to specify the viscosity and the movement and stock of such heavy fraction streams can be a bottleneck for the scheduling optimization [3].

To schedule the blocks, campaigns or conjugated modes of operation of lube base oils, we propose a mixed-integer linear (MILP) optimization using sequence-dependent setups or switchovers [3]. Other logic and logistics constraints necessary are also included which augment the formulation for an actual lube base oil production facility. The proposed multi-stage solution solves a 30 days horizon with 1-day as time-step and the better predictions on production allow opportunities of exploring the contract and spot markets of hydrocarbon streams.

Preview Presentation:
Presenter(s):
Brenno C. Menezes
Once the content has been viewed and you have attested to it, you will be able to download and print a certificate for PDH credits. If you have already viewed this content, please click here to login.

Bhopal 30 Years Later
On the early morning of December 3rd 1984 a large release of methyl isocyanate (MIC) gas occurred in a pesticide production plant located in Bhopal, India. The...
A Common Modeling Framework to Evaluate and Compare the Economics of CCUS Technologies
The current status of performance and cost estimates for CCUS in power plant applications will be reviewed in this presentation, along with a discussion of the...