Computational Modeling of Gas-Particle Flows: From Kinetic Theory to Turbulence Models and Beyond | AIChE
Skip to main content

Computational Modeling of Gas-Particle Flows: From Kinetic Theory to Turbulence Models and Beyond 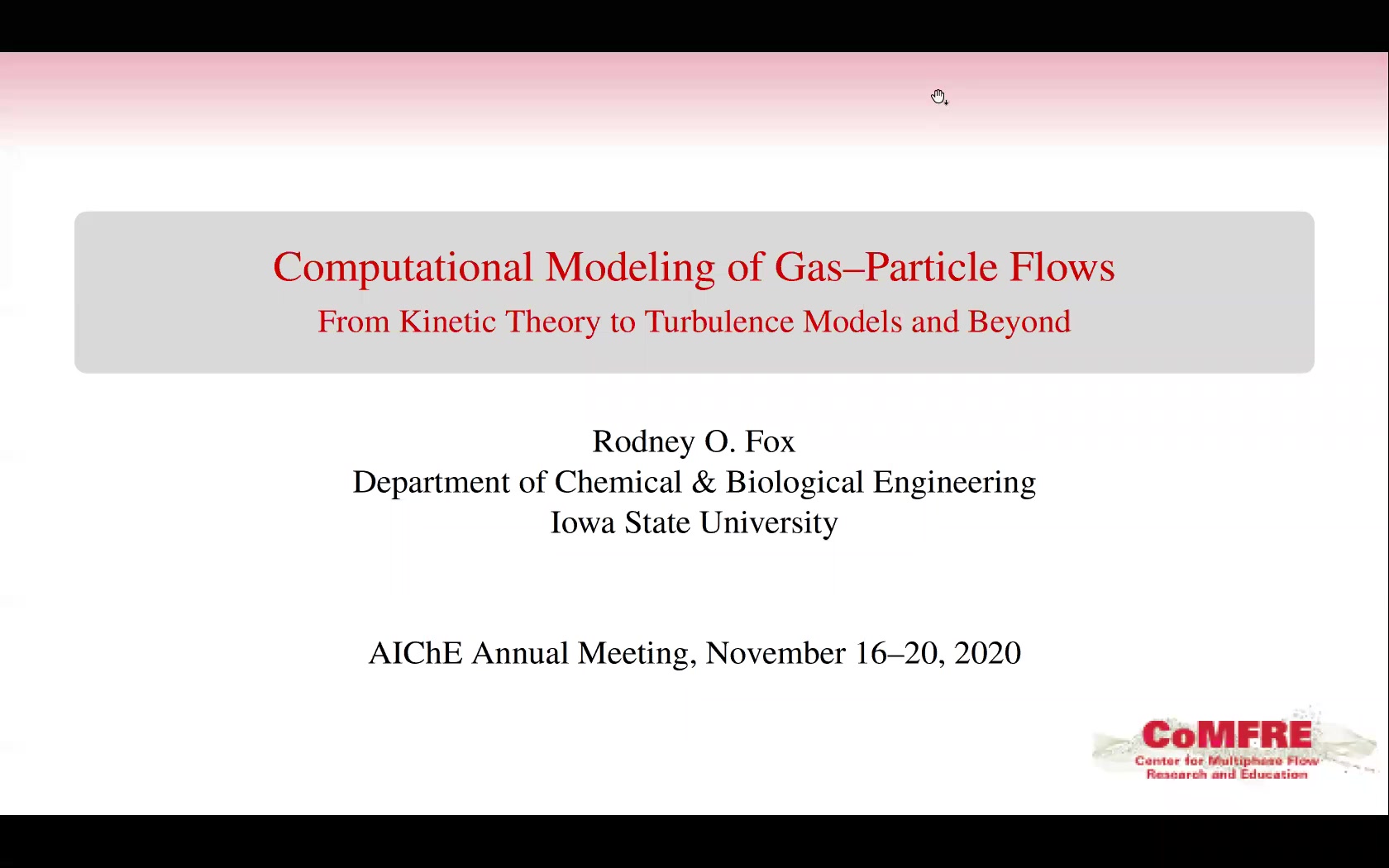 Professor Hrenya has done groundbreaking research on many facets of gas-particle flows starting from her early work on turbulence modeling in risers to her more recent contributions in the kinetic theory of granular flows (KTGF), and her associated computational studies using Eulerian-Eulerian (EE) and Eulerian-Lagrangian (EL) methods. Thanks to her efforts, and that of many others, we now have a good understanding of the range of applicability and the limitations of EE and EL methods, as well as the (high) computational requirements needed to obtain accurate predictions from such approaches. Indeed, even more than when she did her work on turbulence modeling, the need for multi-scale models to address real-world industrial problems is obvious due to the impossibility of solving KTGF models without a closure for the unresolvable flow structures.

In this presentation, our recent work on comparing fully resolved EE and EL simulations for vertical risers will be presented. The flow conditions were chosen such that in the absence of the solid particles, the gas flow is turbulent albeit with a modest Reynolds number. In prior work, it had been demonstrated, using an EL code that follows every particle in the flow, that as the mass loading of the solids increases a transition from turbulent channel flow to a quasi-laminar flow occurs. Then, upon further increase in the solids mass loading, the riser flow exhibits so-called cluster-induced turbulence (CIT) whose statistics are driven by the presence of large clusters of particles, and not by the usual mean shear production mechanisms seen in turbulent channel flows. The principal objective of this study was to assess the ability of an EE code based on the KTGF to predict the flow regimes seen in the EL simulations, and it was shown that except for very dilute flows with large Stokes number particles the EE and EL approaches yield nearly the same flow statistics.

As time allows, our work on developing a second-order turbulence model for vertical risers will be described. Due to the strong anisotropy of the Reynolds stresses in CIT, it is necessary to formulate Reynolds-stress models for both phases, which are strongly coupled through the drag terms for the mean momentum and fluctuating kinetic energies. In general, this turbulence model is able to capture the regime transition from turbulent channel flow to CIT. However, at the higher mass loadings needed for CIT, the fully developed CIT riser flow is non-stationary in time due to the continuing presence of large clusters. In some sense, this result was to be expected due to the relatively slow time scales associated with the cluster dynamics, which cannot be separated from the turbulence integral time scales. But, from a computational standpoint, time-dependent simulations (as with the KTGF model) must still be performed, which are still cost prohibitive for most industrial applications.

Preview Presentation:
Presenter(s):
Rodney O. Fox
Once the content has been viewed and you have attested to it, you will be able to download and print a certificate for PDH credits. If you have already viewed this content, please click here to login.

Revisiting the Nature of Turbulent Fluidization
Looking back to the history of the gas-solids fluidization, the term âturbulent fluidizationâ has been evolved from...
On CFD-DEM modeling of fluidized beds for bioenergy applications
Thermochemical processing of biomass in fluidized beds is of pivotal importance to displacing substantial quantities of fossil-based fuel and product...