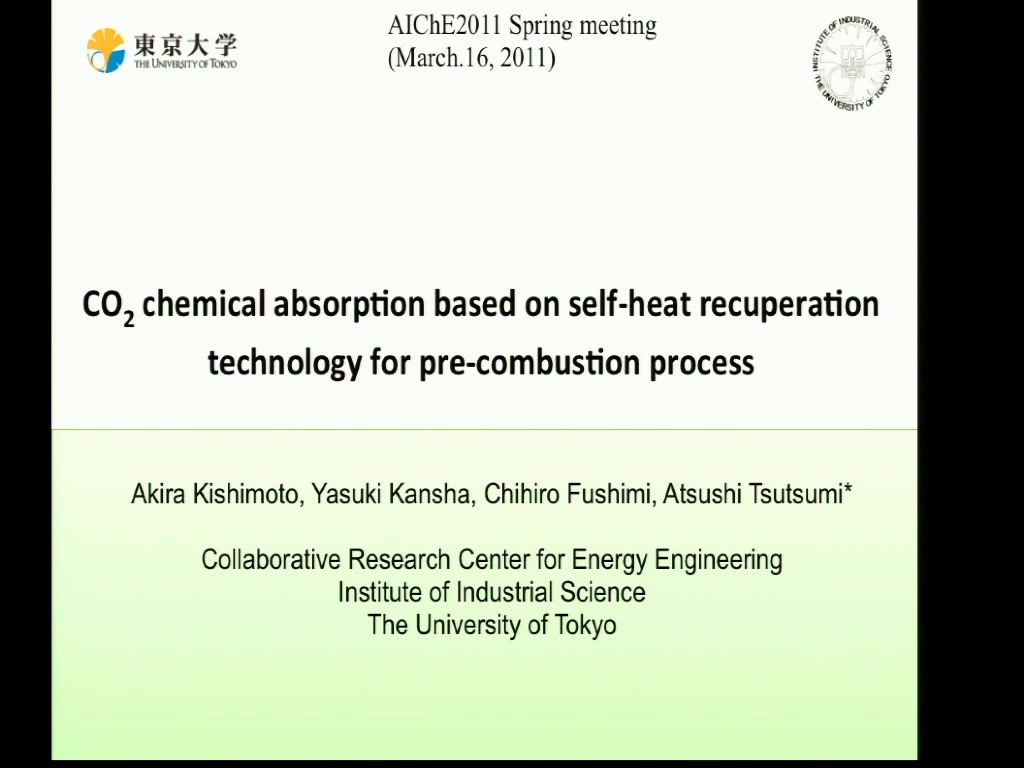 Coal has performed an important role as the primary energy source since the industrial era in the eighteenth century. Recently, the importance of coal has been growing in the world. In fact, IEO2010 reports that energy consumption of coal is growing from 132 quadrillion Btu to 206 in 2035. The combustion of coal emits CO2, which drives green house effects in the world. Therefore, CO2 capture process has been paid more attention in the energy production sectors, especially coal combustion and gasification field.


In the energy production sectors, integrated coal gasification combined cycle power plant (IGCC) has been attracted more attention for improved electric generation efficiency compared to conventional power plants. In this plant, CO/CO2/H2 mixtures are produced by gasification/reforming and water gas shift reaction. Then, these gases are fed into gas turbines for power generation.

To overcome this problem, in this study, we analyzed the pre-combustion process combined CO2 separation process based on self-heat recuperation technology (SHR). The electric generation efficiency can be improved by SHR compared with conventional IGCC.

Preview Presentation:
Presenter(s):
Akira Kishimoto
Once the content has been viewed and you have attested to it, you will be able to download and print a certificate for PDH credits. If you have already viewed this content, please click here to login.

Electrochemical Conversion of Carbon Dioxide to Useful Products
Utilization of captured CO 2 provides an advantageous alternative especially in locations where CO 2 sequestration in geologic media is not feasible. Making...
What to do about CO2? Options for CO2 mitigation in the chemical industry and beyond
As levels of atmospheric CO2 continue to rise, all areas of society, including the chemical industry, are being asked to “do something” about CO2. But what?...