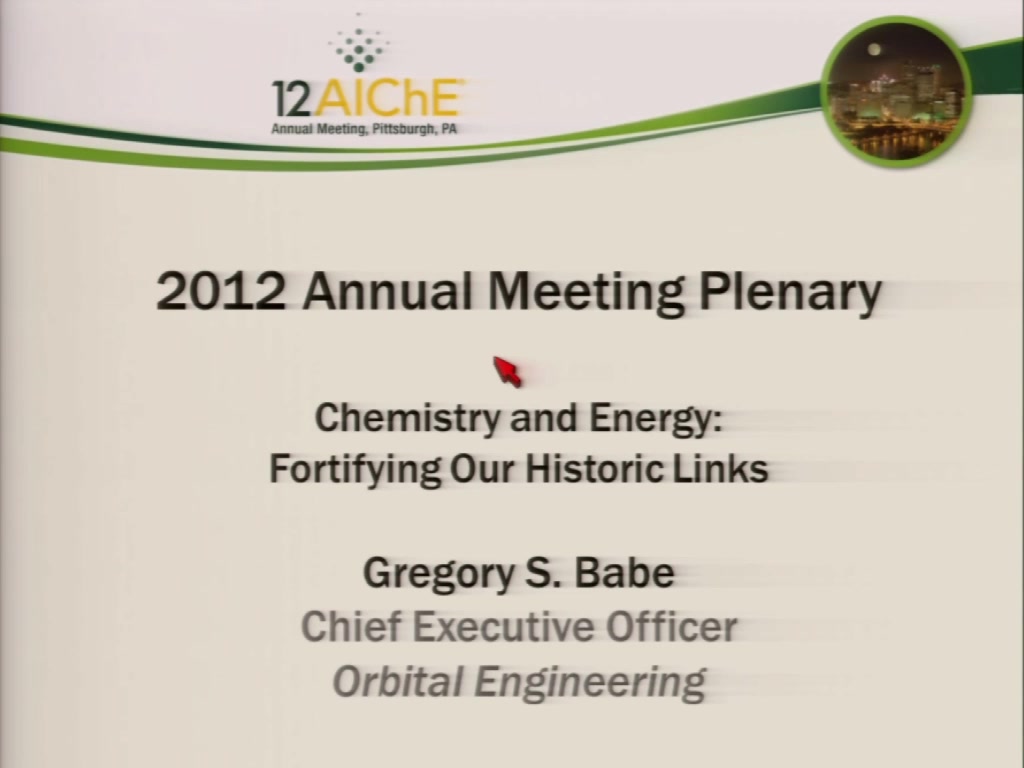 Henry Perkin, a precocious 18-year-old British chemist, synthesized the first synthetic dyestuff from aniline, a chemical molecule of coal tar. Perkin’s discovery was accidental. He had set out to produce quinine, a drug to treat malaria.

From this lucky accident grew the synthetic dyestuffs industry. In 1857, with financial help from his father, Perkin opened a factory near London to produce his new purple dye. In Barmen Germany, just six years later, Friedrich Bayer and Johann Weskott began making dyestuffs from coal tar derivatives in the Weskott family sink—a very modest beginning for today’s Bayer Group. Yet without the proliferation of gas lighting in the 19th century, there would have been be no readily available coal tar derivatives. The synthetics dyestuffs that allowed the then young chemistry industry to flourish would not have been possible.

Chemistry’s historic links to energy production are often overlooked. Yet the industry’s raw materials still come from the same hydrocarbons that made possible the Industrial Revolution and mass production miracles of the last century.

Lower natural gas prices and increase supplies from shale gas can be a game changer for the chemistry industry. An American Chemistry Council study concludes that American shale gas development can lead to 400,000 chemistry and supply industry jobs, $16 billion in capital investment, $132 billion in economic output, and more than $4 billion in federal, state and local tax revenue each year. The benefits are already beginning to roll in.

Last year, a TIME magazine cover story on shale gas reported, “This Rock Could Power the World.” That’s hyperbole. But there is no denying that we’ve entered a golden age of natural gas supply.

America needs an “all of the above” energy strategy. We need one that promotes all domestic energy resources, from coal, oil and natural gas to nuclear power and renewables. We also need to rigorously promote energy efficiency. In this regard, chemistry companies are leading the way in developing energy-efficient products and technology. Examples include lightweight automotive products, building insulation, and materials and technologies used in solar panels, wind turbines and lithium batteries.

To get to where we need to be, industry must work to remove four obstacles that stand in the way of success. They are communication, politics, behavior and science education.

Most people don’t understand the upsides of the chemistry and energy industries, and the strong links that form fundamental economic strengths for our nation.  We need to start a conversation and keep it going with opinion leaders, elected officials, regulators, NGOs, plant communities, critics and employees. We must listen to them, act on what we hear and use every communication channel available.

Paradoxically, even as public trust of government is diminishing, legislation—some of it ill-conceived— is growing. Far too often, the chemistry and energy industries are at the end of the legislative pipeline. We should be at the beginning, designing solutions for the future instead of fighting yesterday’s battles. We must continuously advance the understanding of how our operations affect human health and the environment. Only then can we ensure that legislation is based on sound science.

The chemistry and energy industries must take all safety, facility security and environmental protection processes to a higher level. We must hold ourselves to the highest standards, admit where we have fallen short and follow up with corrective action.

On the education front, The Department of Education estimates that America will need 400,000 new graduates in STEM fields by 2015. We’re not likely to get them. America’s students continue to lag in science education at a time when they need it to succeed in a highly competitive, worldwide economy. We must reverse this trend and begin with students at an early age.

The chemistry and energy industries have come a long way together since Henry Perkin’s accidental discovery. We have a lot in common. Working together, we can break down the barriers to continued progress.

Preview Presentation:
Presenter(s):
Gregory Babe
Once the content has been viewed and you have attested to it, you will be able to download and print a certificate for PDH credits. If you have already viewed this content, please click here to login.