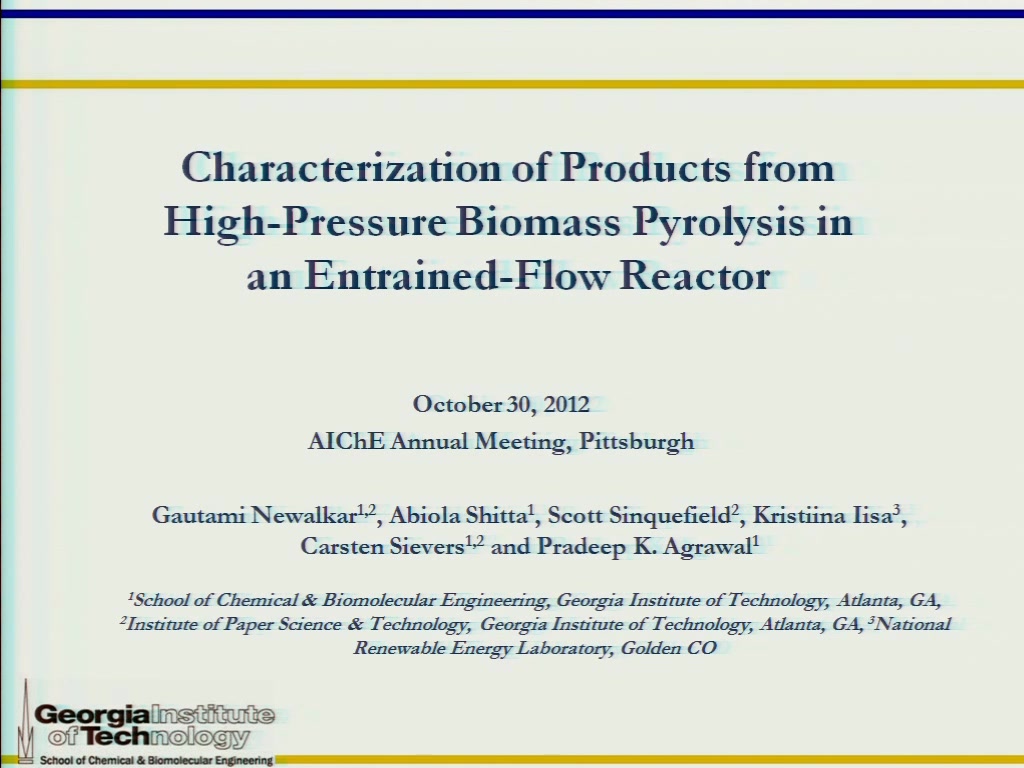 A major advantage of biomass gasification is that any lignocellulosic material can be converted to syngas and subsequently to biofuels. There are techno-economic advantages of using high pressure in gasifying biomass. In a gasifier, pyrolysis and char gasification steps are known to proceed in series. Thus it becomes important to study the characteristics of pyrolysis products, since these have an effect on the gasification kinetics.

The yields of light gases such as CO, CO2, H2, CH4, C2H4 and C2H2  were quantified using GC analysis. The condensable organics from pyrolysis were extracted and analyzed using MS. A variety of tar species from phenolics to polynuclear aromatic hydrocarbons (PAHs) were identified and their relative abundance rated as a function of temperature and pressure.

The present study will provide the basis for improved mathematical model for char gasification based on meaningful descriptors.

Preview Presentation:
Presenter(s):
Gautami Newalkar
Once the content has been viewed and you have attested to it, you will be able to download and print a certificate for PDH credits. If you have already viewed this content, please click here to login.