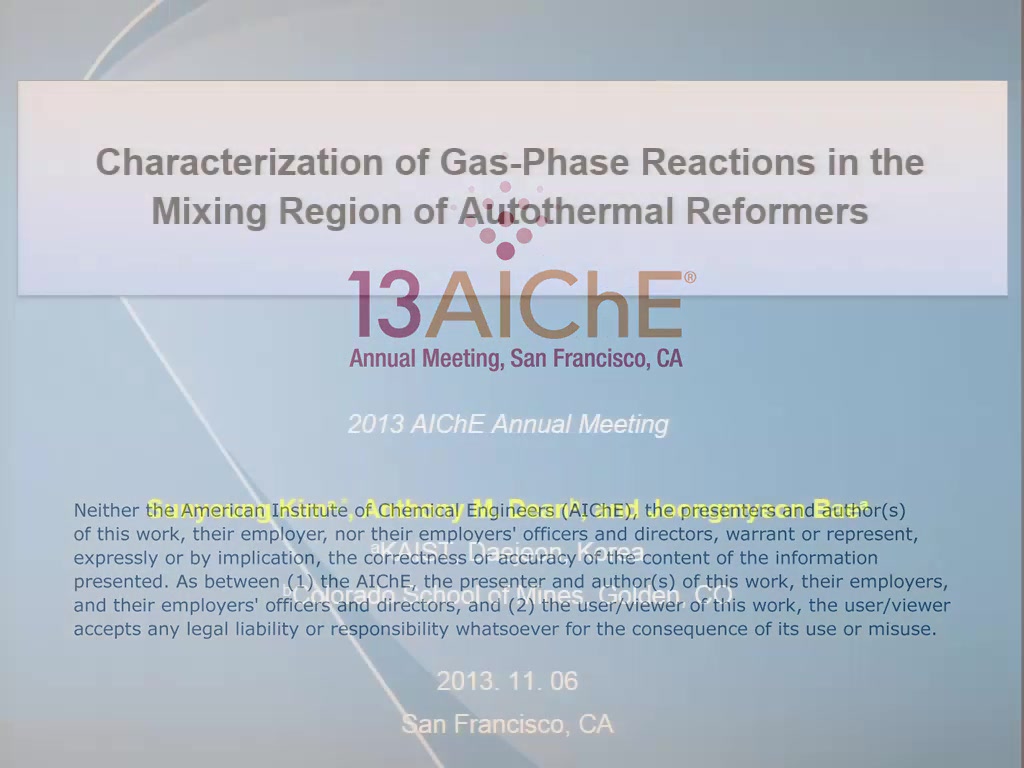 The mixing chamber design described previously6 was used for the CFD calculations. A mixture of fuel/steam vapor and air are supplied separately and mixed before entering a downstream reforming catalyst. The initial autothermal reforming (ATR) conditions had an O/C ratio of 1.6 and a S/C ratio of 1.5. The flow rates of reactants were calculated with the assumption that the reformer is designed for a 5kWe-class system.

N-heptane was selected as a surrogate liquid fuel. was reduced in size because As illustrated in Figure 1, a reduced mechanism consisting of 50 species and 98 reactions was found to be reasonably consistent with the predictions of the original mechanism. This figure shows the decrease in reactivity as the temperature increases from 450 to 550 oC. This region of decreasing reactivity with increasing temperature is known as the Negative Temperature Coefficient (NTC) region. The reasons for this unusual behavior are discussed in previous work10. Applying the reduced reaction kinetics, tC or above 625 o 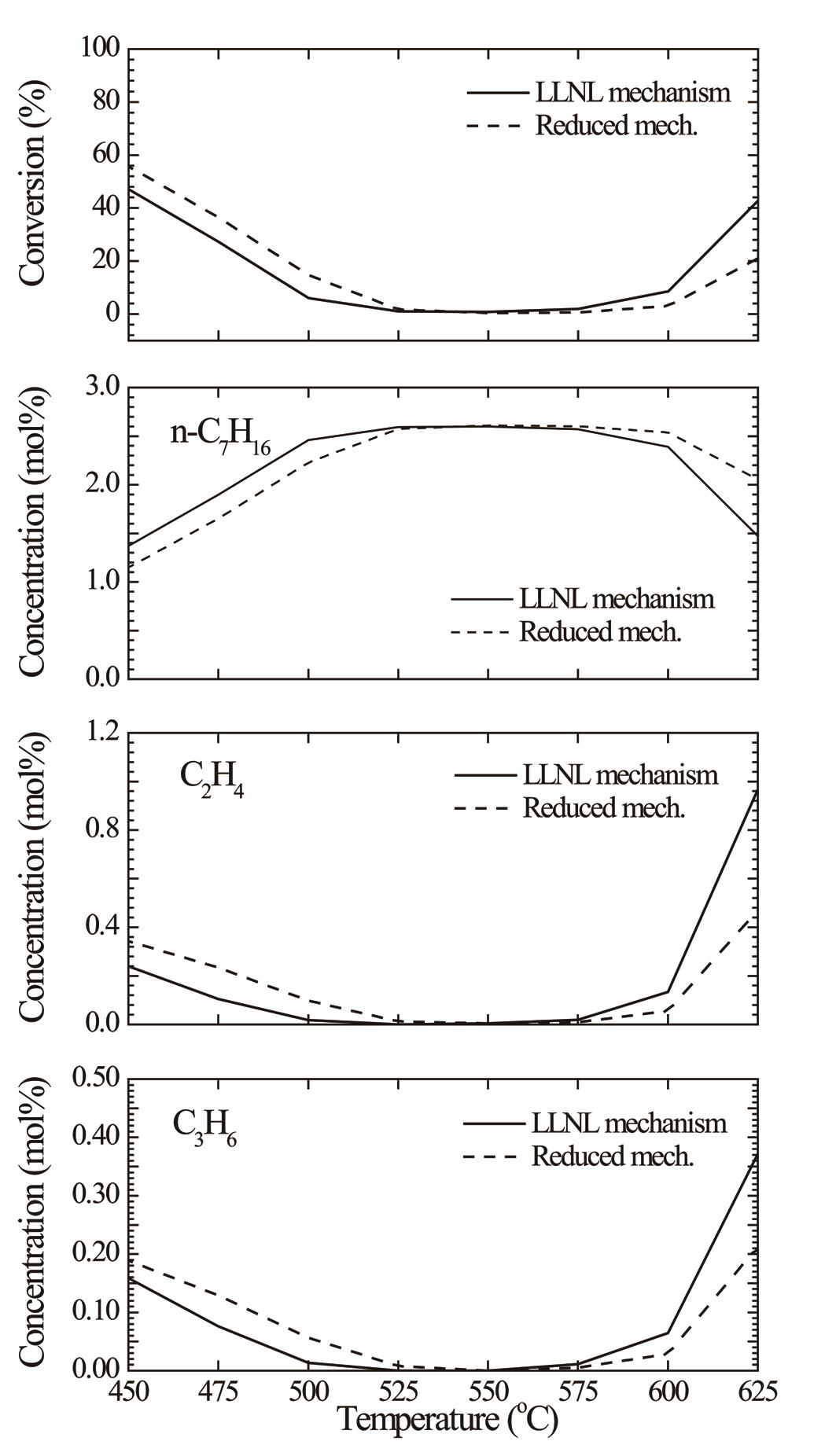 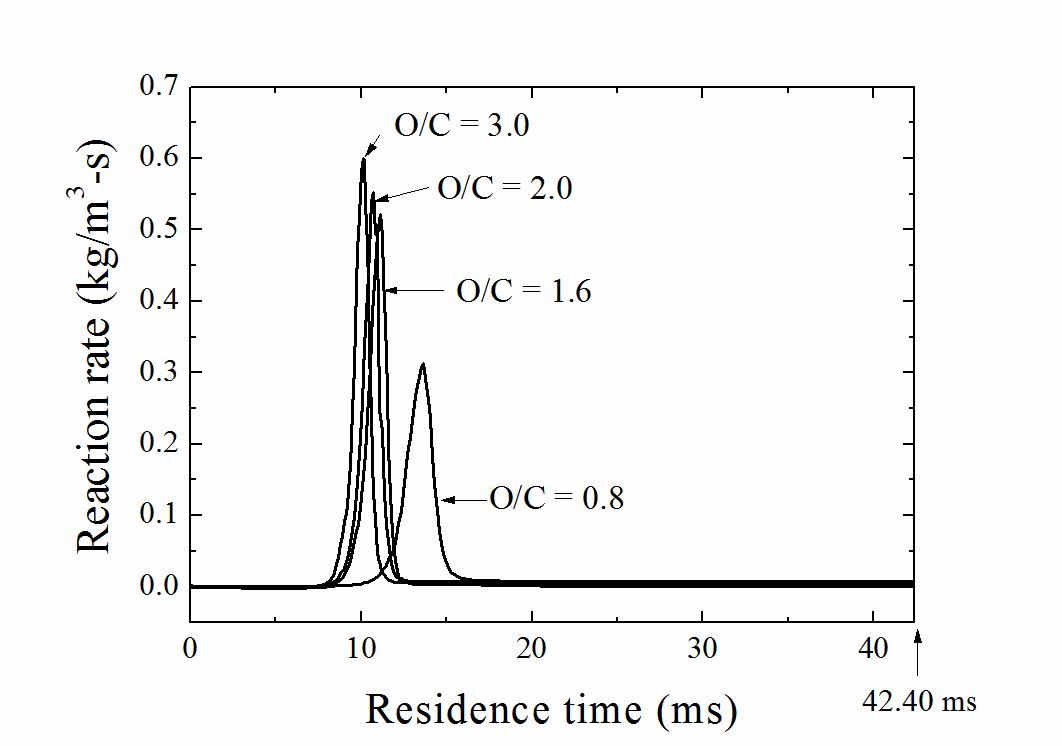 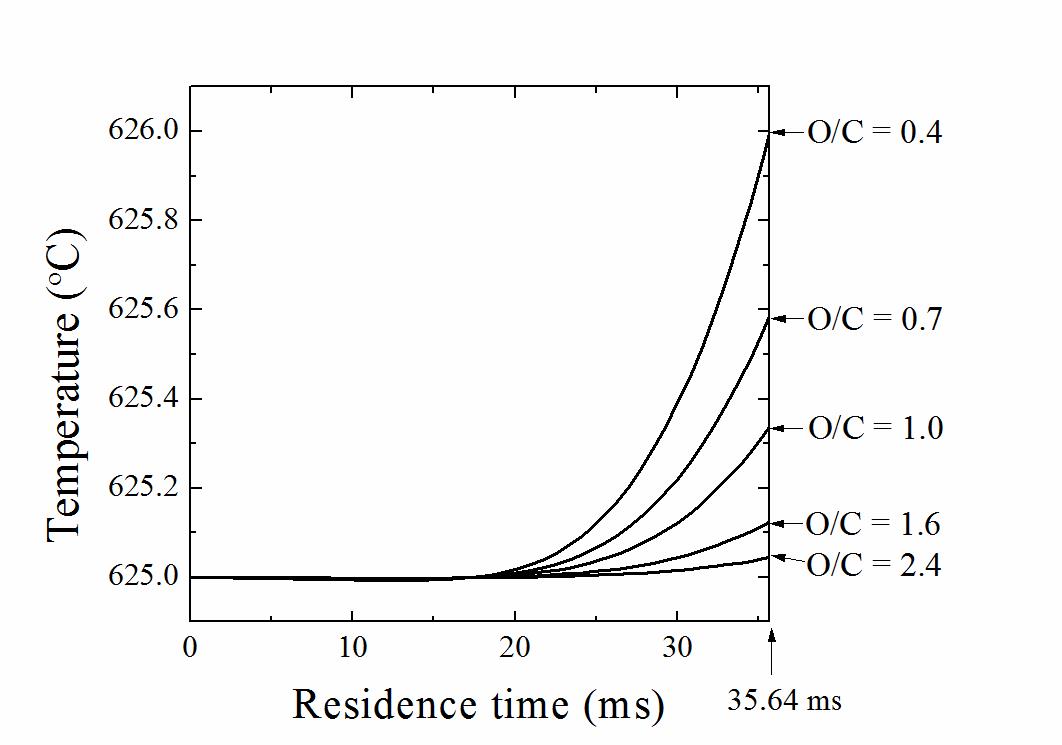 The coupled transport-kinetics analysis was performed to investigate the characteristics of ethylene production in the mixing region of a hydrocarbon reformer. At lower temperature, most of ethylene is produced by oxygen addition; thus, ethylene production is stimulated with efficient mixing of fuel/steam vapor stream with the air stream. On the other hand, pyrolysis chemistry dominates ethylene production near 625 oC, and ethylene generation can be suppressed by better mixing. The results suggest that the complexities of the gas-phase kinetics demand that careful attention be paid to design of the mixing region upstream of an ATR reformer to avoid undesirable gas-phase reactions that have the potential to interfere with proper catalytic operation.

Preview Presentation:
Presenter(s):
Sunyoung Kim
Once the content has been viewed and you have attested to it, you will be able to download and print a certificate for PDH credits. If you have already viewed this content, please click here to login.

A Novel Fluidized Bed Hydrator for Steam Reactivation of Calcium-Based CO2 Sorbents: Parametric Studies on Operating Velocity and Effect of Calcination Conditions
A Parametric Study of Light-Duty Natural Gas Vehicle Competitiveness in the United States Through 2050
We modeled and conducted a parametric analysis of the US light-duty vehicle park to examine the impact of natural gas vehicles as they compete with electric...