CH4 Oxidation over a Pt-Pd/Al2O3 Monolith Catalyst: Experiments and Modeling 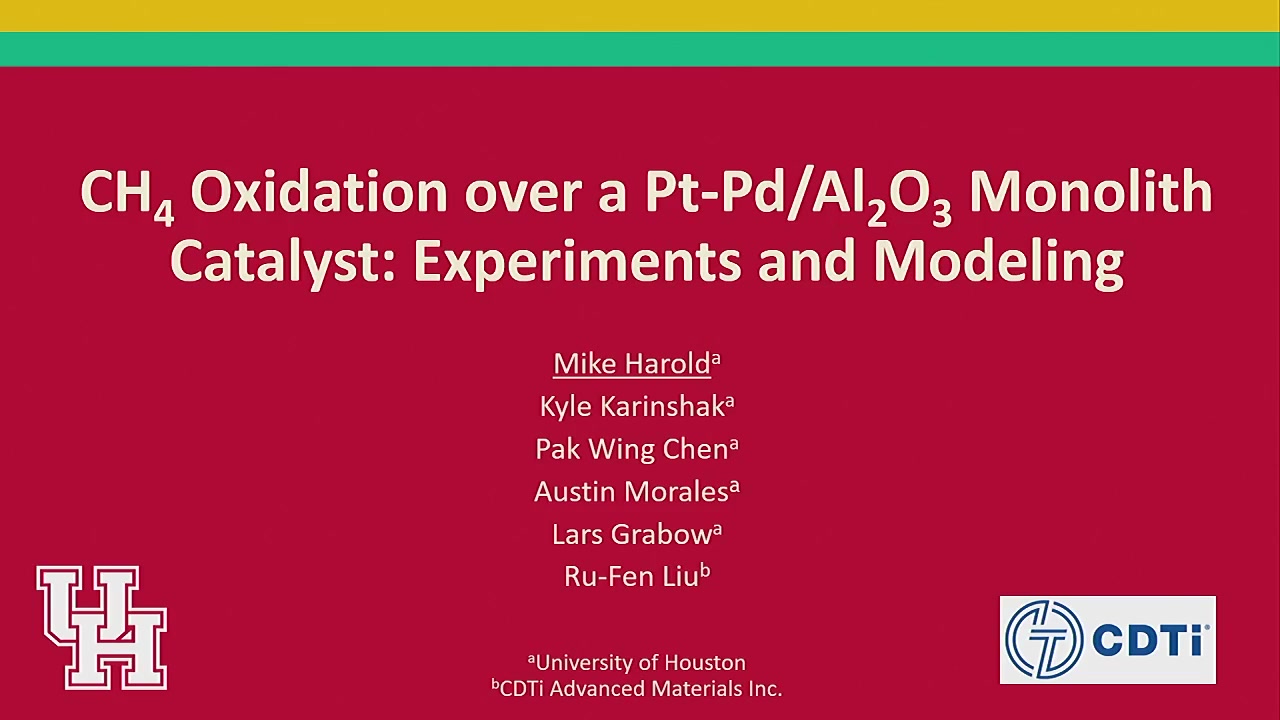 Four-Way Catalysts (FWCs) are needed for the emission control of stoichiometric natural gas vehicles (NGVs). Platinum group metal (PGM)-based catalysts augmented with mixed-metal oxides can effectively oxidize CH4 in addition to CO and NO under modulated feed conditions [1]. The ability to accurately model catalyst activity is paramount for the further development and optimization of catalysts. The first step in FWC modeling is the development of a reliable CH4 oxidation model for Pt-Pd/Al2O3 catalysts.

Figure 1a shows the results of a tuned three-reaction scheme consisting of complete oxidation, partial oxidation, and the water gas shift (WGS) to kinetics data collected for a Pt-Pd/Al2O3 monolith under isothermal conditions. The data was collected for a gas feed containing CH4, O2, and N2 at a GHSV 112.5k hr-1 over a catalyst supplied by CDTI. The oxidation kinetics were adapted from the model proposed by Chin et al. [2], and the WGS was modeled as an equilibrium-based reaction. Kinetic parameters were estimated through a simple PFR simulation using a Trust Region Reflective method. A complicating feature was uncovered during the experiments in the form of rate multiplicity, as shown in Fig. 1b.

Current research is focused on incorporating the kinetic model into a low-dimensional, dual-layer monolith reactor model that accounts for heat and mass transfer in the washcoat and fluid phases. Model predictions show good agreement over a wide range of O2 feed concentrations and feed temperatures. 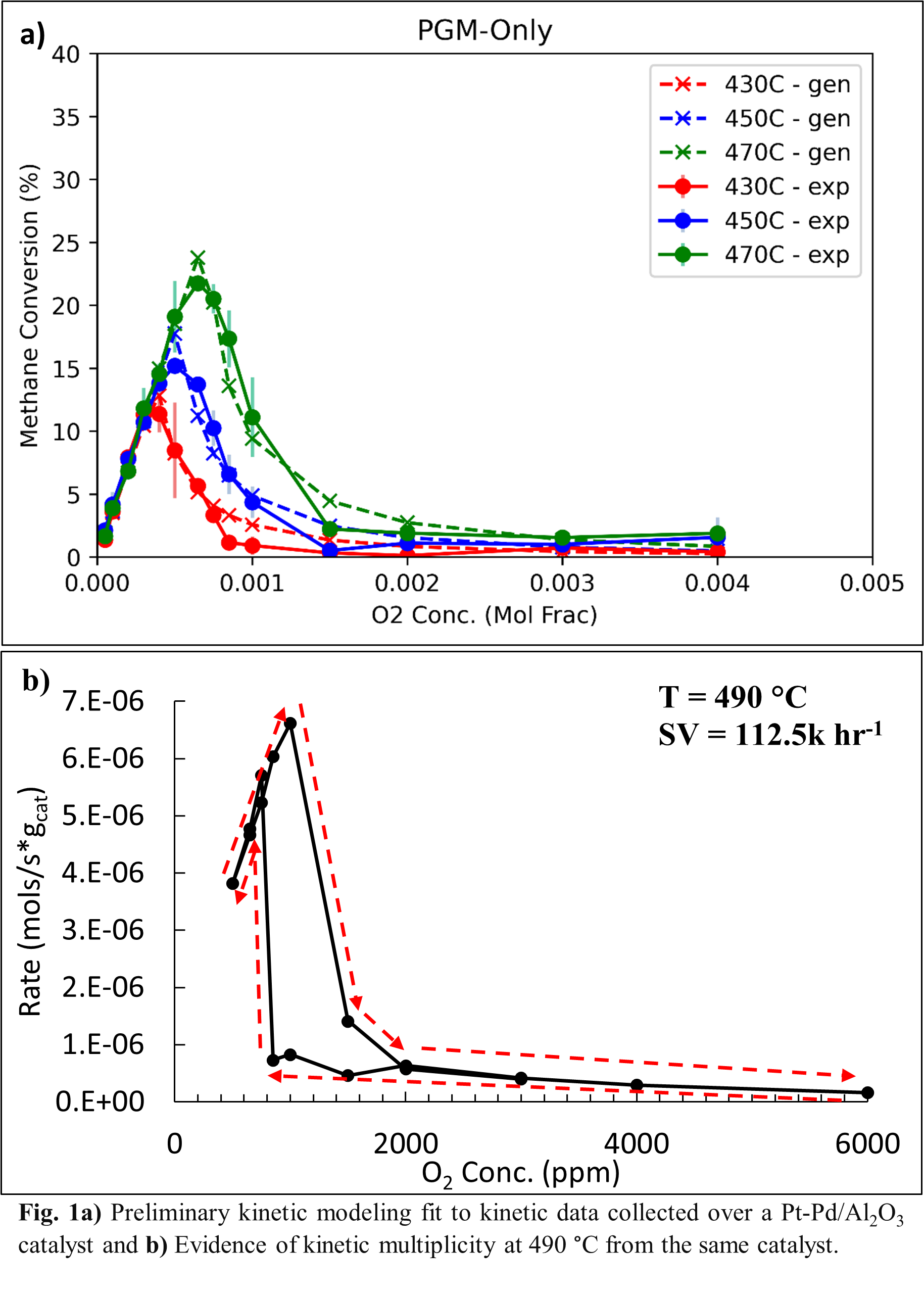 Preview Presentation:
Presenter(s):
Pak Wing Chen
Lars Grabow
Michael Harold
Kyle Karinshak
Ru-Fen Liu
Austin Morales
Once the content has been viewed and you have attested to it, you will be able to download and print a certificate for PDH credits. If you have already viewed this content, please click here to login.

Synergetic Effects of Co-Pyrolysis of Hdpe and Various Biomass Feedstocks By ZSM-5 and MCM-41/ZSM-5 Composites
The production of renewable fuels has become necessary as fossil fuels continue to deplete past the point of no return. Catalytic fast pyrolysis (CFP) of...
Fuel Performance Parameters for Marine Engines
The regulations for sulfur reduction in marine fuels are impacting the whole spectrum beginning from the production of the fuel in the refineries to the end...