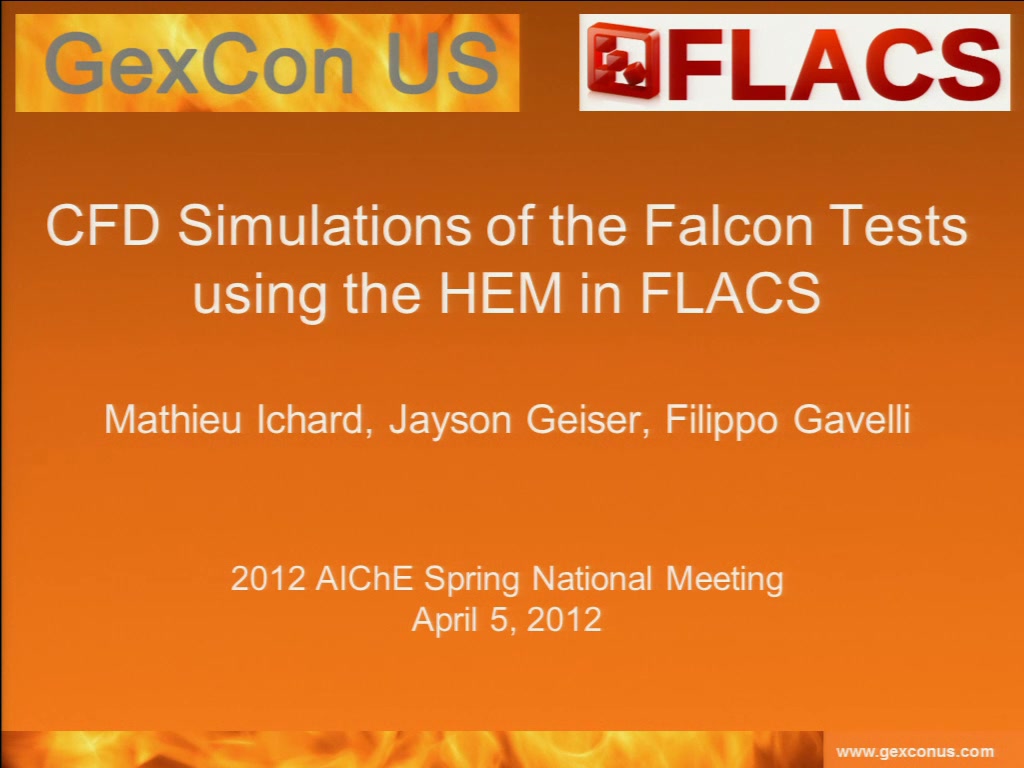 The CFD model FLACS was recently validated [1] against the 33 experimental data sets included in the Model Evaluation Database [2], which was compiled by the UK Health and Safety Laboratory as part of the Model Evaluation Protocol for LNG Vapor Dispersion. FLACS performed very well in the comparison with the experimental data for all scenarios, with the exception of the Falcon test series. As previously discussed by Hansen et al. [1], the LNG release in the Falcon tests appears to consist of four high-pressure jets with significant associated flashing and aerosol formation; furthermore, the LNG release occurs on a water pool shielded from the ambient wind by tall fences on all four sides. Since the current version of FLACS does not have the capability of simulating aerosol streams, the LNG release had to be approximated as a liquid spill onto the pool surface; the lack of momentum and the limited turbulence intensity associated with vaporization from a liquid pool explain why FLACS underpredicted the momentum- and turbulence-driven growth of the cloud within the fenced area, and the resulting cloud dispersion downwind.

This paper will present the results of simulations of the Falcon tests using a new two-phase modeling capability based on the homogeneous equilibrium model, that was recently implemented in FLACS. The HEM version of FLACS allows tracking of the aerosol stream from a flashing jet release, including its interaction with walls and obstructions, as well as predicting droplet rainout. The paper will provide a comparison between the new model prediction and the experimental data, and discuss the implications in term of characterization of the Falcon test vapor source terms for model validation purposes.

Preview Presentation:
Presenter(s):
Filippo Gavelli
Once the content has been viewed and you have attested to it, you will be able to download and print a certificate for PDH credits. If you have already viewed this content, please click here to login.