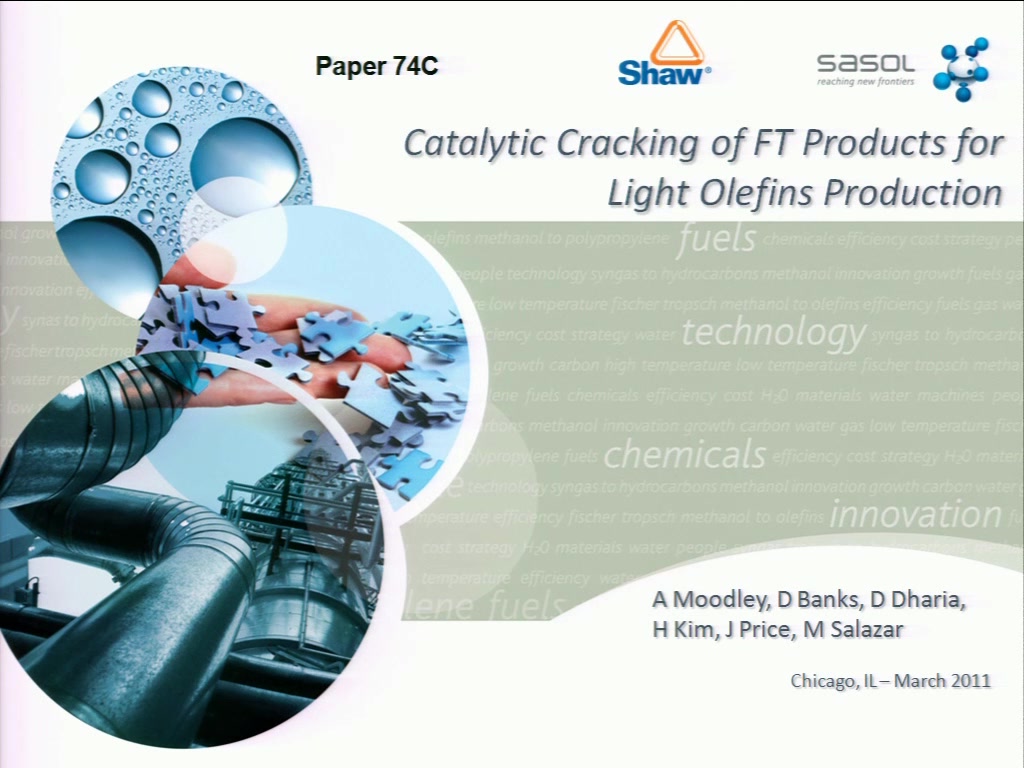 Fischer-Tropsch (FT) technology has generally been associated with the production of fuels, with chemicals produced as byproducts. In recent years, however, the use of C1 feedstocks for the production of light olefins has gained increased attention. One potential method of converting C1 into olefins, particularly propylene, is via an FT intermediate. Due to the high content of straight chain hydrocarbons, FT primary products have been found to exhibit superior olefin yields when fed to a Fluidized Catalytic Cracker (FCC). The FCC process of choice is the commercially proven Deep Catalytic Cracking (DCC) technology, developed by the Research Institute of Petroleum Processing (RIPP) and licensed by Shaw outside of China.

Based on bench scale test work at the RIPP facilities in China, it appears that a FT complex, with DCC technology placed downstream, will significantly increase the yield of desired olefins with a corresponding reduction in the yield of fuels. The relative mix of chemicals and fuels can be manipulated by selecting catalysts, operating conditions and also by selecting different cuts of FT primary products to feed to the DCC. The economic considerations of these options will determine the optimal flow scheme. Initial results of one such study will be presented.

The implication of the study is that on-purpose light olefin production from FT derived feedstocks provides an alternative opportunity to coal and natural gas resource owners and a value adding opportunity to Gas-to-Liquids (GTL) and Coal-to-Liquids (CTL) developers.

Preview Presentation:
Presenter(s):
Angeline Moodley
Once the content has been viewed and you have attested to it, you will be able to download and print a certificate for PDH credits. If you have already viewed this content, please click here to login.