Catalyst Characterization in the Molecular-Level Kinetic Modeling of Hydroprocessing Reactors 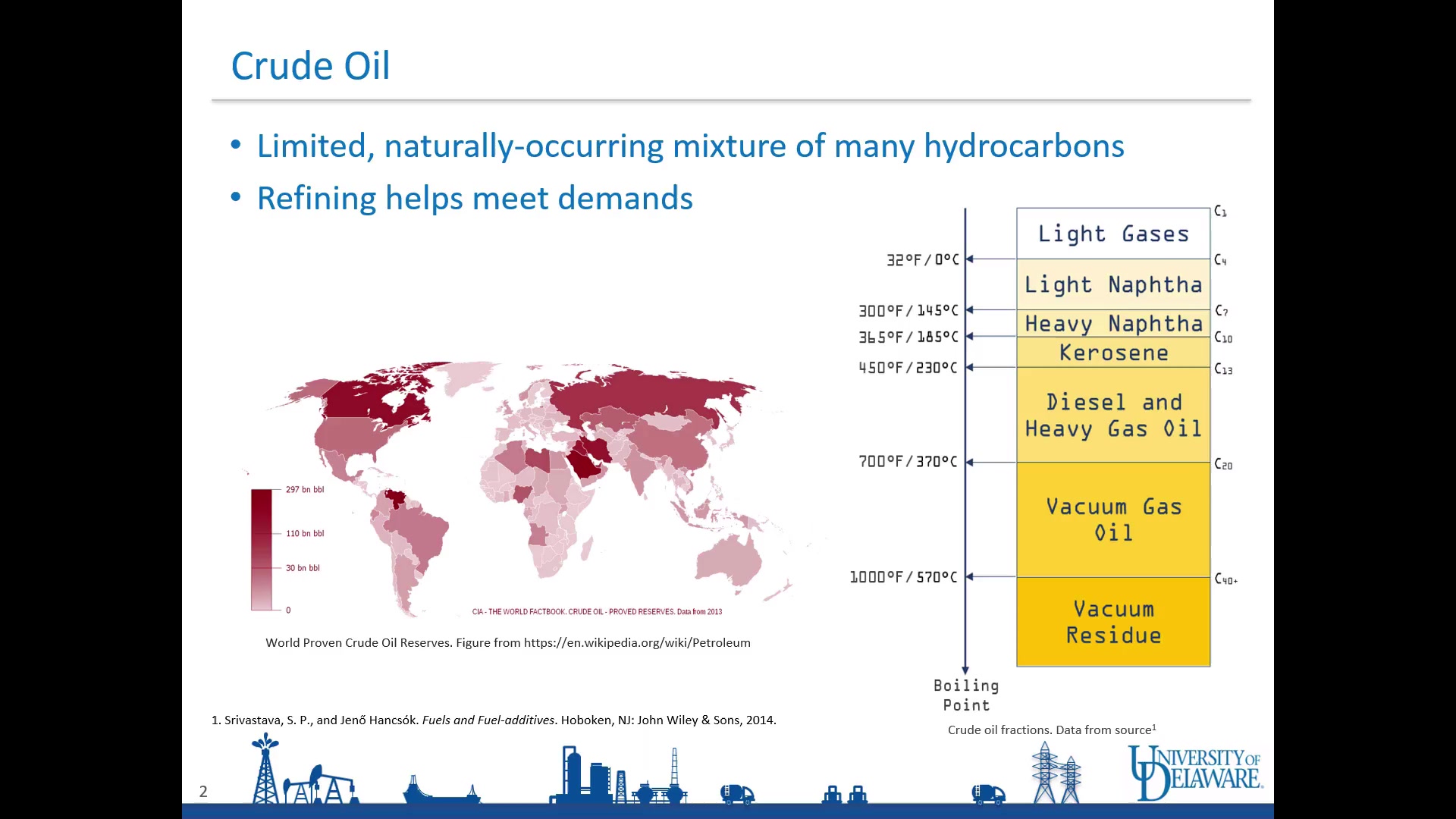 The commercial upgrading of conventional and unconventional hydroprocessing feeds to valuable petrochemicals and fuels usually involves a series of reactors, each of which can contain multiple beds with several different layers of catalysts. A multiphase hydroprocessing reactor system with molecular detail of the feed and products was modeled using an in-house software, the Kinetic Modelerâ€™s Toolbox. A reaction network of hydroprocessing feeds with O(103) species and O(104) reactions that includes the detailed hydroprocessing chemistry (saturation, hydrocracking, ring opening, hydrodesulfurization, hydrodenitrogenation, and hydrodeoxygenation) was generated. Several coke formation pathways and metal deposition reactions were also modeled to account for time-on-stream catalyst site reduction. The initial flow rates of the feed were calculated by defining an attribute, or structural moiety, probability density function tree and optimizing the difference between the feed experimental and simulated properties. A set of catalytic rate law based material balances, one for each species, and an energy balance along with the feed flow rates was used to define the initial value problem to be solved in the kinetic model. Each reactor bed was modeled as a series of plug-flow pseudo-reactors with side-by-side reaction and vapor-liquid equilibrium, where each pseudo-reactor represents a separate catalyst layer. The mixing of the hydrogen quench streams between beds was modeled with a mass balance and an enthalpy balance. Additionally, a complementary selectivity-activity modifier model was used to model the catalyst deactivation on the longer timescale of the catalyst life. Linear free-energy relationships (LFERs) and quantitative structure-property relationships (QSPRs) were used to reduce and tune the parameters of the LHHW rate equations. The LFER concept was extended to catalyst families in order to further minimize the number of parameters and data needed for different catalysts[1]. The final model represents a real refinery reactor simulation over a range of process conditions like space velocity, temperature, pressure, and hydrogen flow. It also allows for scenario studies to test catalyst deactivation for different feed compositions and the impact of changing catalyst layer order, bed height, and quench rates.

Preview Presentation:
Presenter(s):
Pratyush Agarwal
Once the content has been viewed and you have attested to it, you will be able to download and print a certificate for PDH credits. If you have already viewed this content, please click here to login.

Nanoarchitectured Ni-ZrO2 Catalysts for Hydrogen Production From Steam Reforming of Ethanol
Hydrogen has been considered as an important alternative energy vector and a bridge to a sustainable energy future. Production of hydrogen efficiently and...
Predicting Critical Micelle Concentrations for Surfactants Using Graph Convolutional Neural Networks
Surfactants are amphiphilic molecules that are widely used in consumer products [1], industrial processes [2], and biological research [3,4]. A critical...