Capturing the Coverage Dependence of Aromatics Via Mean-Field Models: Application in the Hydrodeoxygenation of Biofuels | AIChE
Skip to main content

Capturing the Coverage Dependence of Aromatics Via Mean-Field Models: Application in the Hydrodeoxygenation of Biofuels 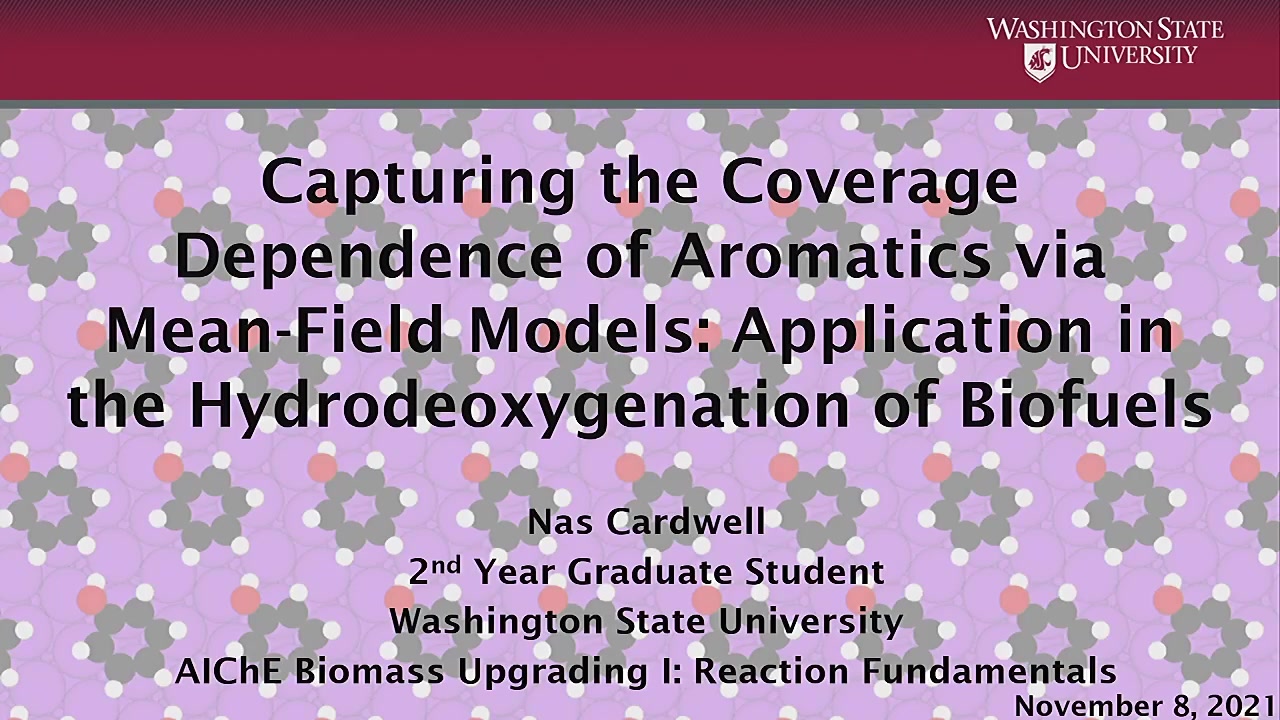 Hydrodeoxygenation is a process in which oxygen is removed from biofuel-derived compounds, represented here as oxygenated aromatics, via catalytic hydrogenation and C-O bond cleavage. The exact reaction pathways for such upgrading have been computationally modeled on a vast array of catalysts. However, a critical concern with many such models is the lack of coverage effects when mapping reaction pathways, which can potentially impact the accuracy of the predicted dominant pathways and rate limiting steps. Here, we determine the effect of coverage on the adsorption energies of a range of oxygenated aromatics (i.e. benzene, phenol, guaiacol, etc.) on Pt(111) and Ru(0001) using density functional theory (DFT) with van der Waals effects included.

Using the results from this study, we have derived three key insights into the coverage dependence of oxygenated aromatics. As can be seen in Figure 1, closed shell adsorbates (i.e. benzene, phenol, anisole, etc.) have significant repulsive interactions (i.e. adsorption energy weakens with increasing coverage), while adsorbates with free radicals, i.e. phenoxy, see nearly flat mean-field slopes, indicating that there is a minimal coverage effect on these systems. Second, increasing the size of the functional group from hydroxyl (phenol) to methoxyl (anisole) results in an increase in the mean-field slope by ~50%, demonstrating that the change in functional group can significantly increase the repulsive lateral interactions in the system. Third, the mean-field slopes for all adsorbates are 2-7 times higher on Pt(111) as compared to Ru(0001), which suggests that the adsorbate-metal interaction governs the lateral interactions and that higher oxygenated adsorbate coverages are likely on Ru(0001). Upon completion of the mean-field coverage parameterization of all oxygenated adsorbates, the mean-field dependence will be rationalized via the d-band model. Additionally, a simplified lattice gas cluster expansion model will be applied to better capture and explain the lateral interactions within these systems. 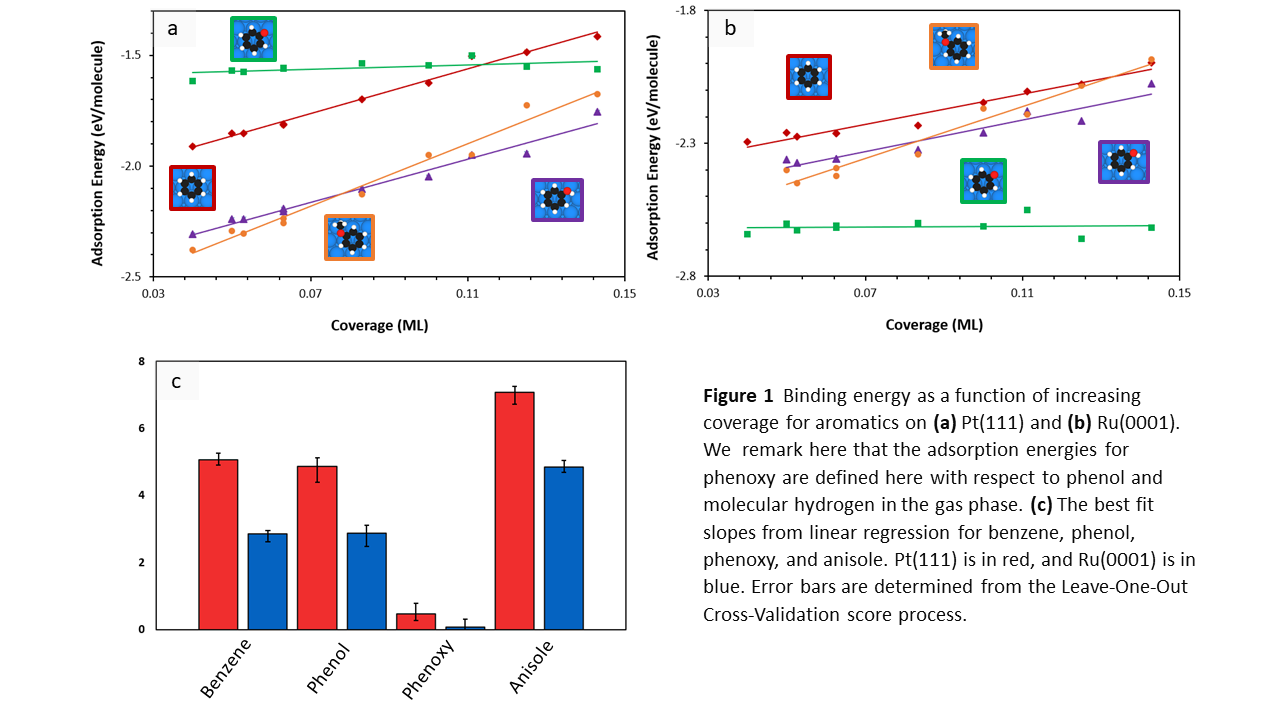 Preview Presentation:
Presenter(s):
Naseeha Cardwell
Alyssa Hensley
Jean-Sabin McEwen
Yong Wang
Once the content has been viewed and you have attested to it, you will be able to download and print a certificate for PDH credits. If you have already viewed this content, please click here to login.

Heteroatom Transition Metal Based Catalysts for High Efficiency Electrochemical CO2 Reduction Reaction to Hydrocarbons
The electrochemical conversion of CO 2 to value-added products driven by renewable energy is an attractive approach to fulfill the global energy demand and...
Effects of C12H26 and O2 on NO Uptake on Pd/SSZ-13: Experiments and Modeling
Addressing NO x (NO+NO 2 ) emissions during vehicle cold start (< 150 o C) remains a major challenge. Passive NO x Adsorber (PNA) is a potential solution to...