Can Transient Data Help to Speed up Kinetic Model Construction in Hydroprocessing? 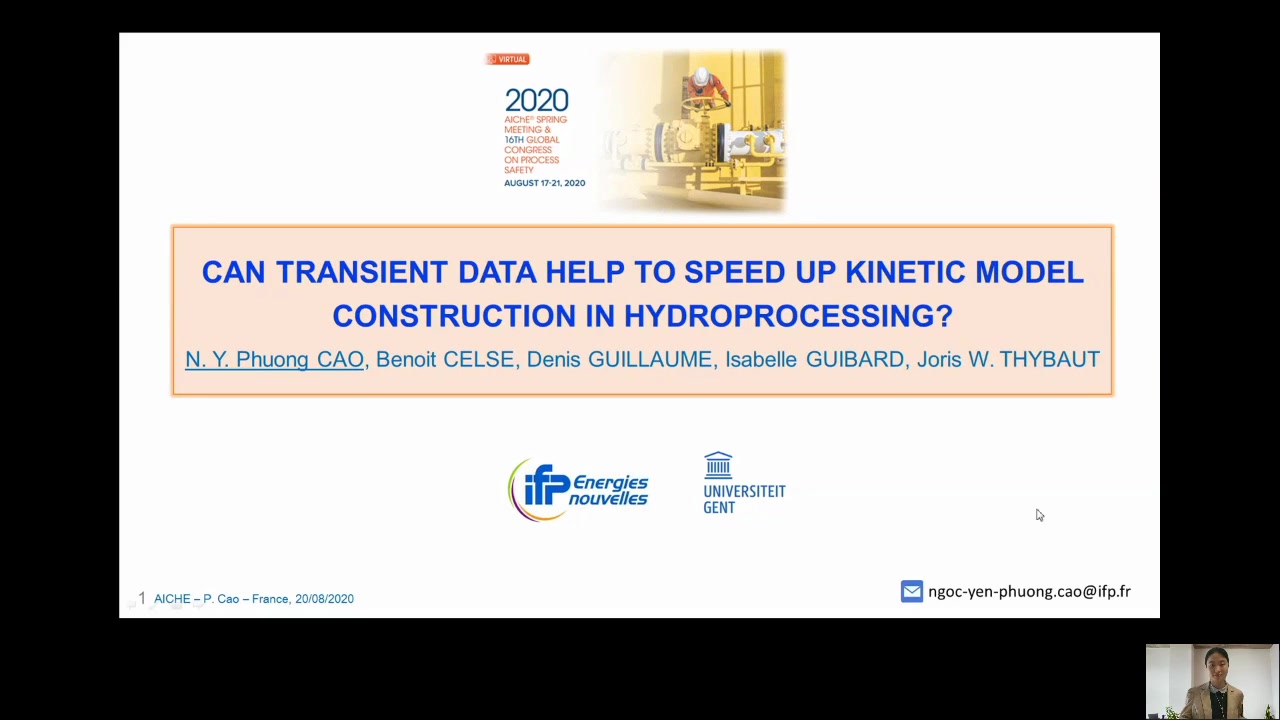 Kinetic model is a powerful tool for the adequate design and simulation of chemical processes. It is usually developed based on the steady-state experimental data. Kinetic modeling of hydroprocessing processes is a difficult task since the crude oils contain many compounds with complicated structures [1]. The long stabilization in hydroprocessing (several days) leads to long experimental campaigns to acquire sufficient steady-state data [2]. However, in the transient regime towards the steady state, effluent analyses are already carried out at regular time intervals to verify whether the steady state has effectively been reached. These transient data are available but are currently not used for kinetic modeling because the stabilization phenomenon is not taken into account in the model. In this respect, the present work aims to speed up the kinetic model construction by employing these transient data. It helps to reduce the number of experiments for kinetic modeling and to obtain a model more robust to measurement uncertainty. The experimental design technique is also studied in the work to select the best representative operating conditions for model fitting.

A transient model with consideration of the stabilization based on time on stream is developed. It is compared to the classical steady-state kinetic model to demonstrate the advantages of exploiting transient data.

Experimental data for modeling cover a variety of feedstocks over a hydrotreating catalyst with a wide range of operating conditions: total pressure between 90 and 140 bar, liquid hourly space velocity (LHSV) between 1 and 3 h-1 and temperature between 370 and 400 Â°C. A series of consecutive experimental points with the same operating conditions leading to the steady state point is denoted as an â€˜episodeâ€™. One experimental test corresponds to approximately 7 steady-state points, i.e, 7 consecutive episodes. The latter correspond to around 50 experimental points (7 steady-state points and 43 transient points).

The whole database is divided into the calibration and validation database via the Kennard-Stone algorithm [3,4]. Based on the Euclidean distance, Kennard-Stone technique intends to select the best representative subset of all the candidates available in the entire database. Here, each episode is considered as a candidate.

The impact of the calibration database size is also investigated. The comparison of transient model and the classical steady-state model was carried out several times via different calibration and validation databases size.

Furthermore, in order to test the robustness of transient model to the uncertainty of measurement, noise is artificially added to a certain number of points in the calibration database by varying them in a random manner. The â€œnoisyâ€ calibration database is then used to train the models and then test on validation database.

The results indicate that the transient model can be developed from a lower number of experiments thanks to using transient data. It is competitive to classical steady-state kinetic model. Transient model is also more robust to measurement uncertainty. Kennard-Stone technique has been found to provide a good selection of operating conditions for the design of transient experiments. This technique can also be applied for complex models when no initial parameter guesses available.

The proposed methodology provides an intriguing potential of saving tremendous time and cost in experimental work for kinetic modeling and it can be applied to the reactions where the chemical stabilization requires significantly more time than the analysis time.