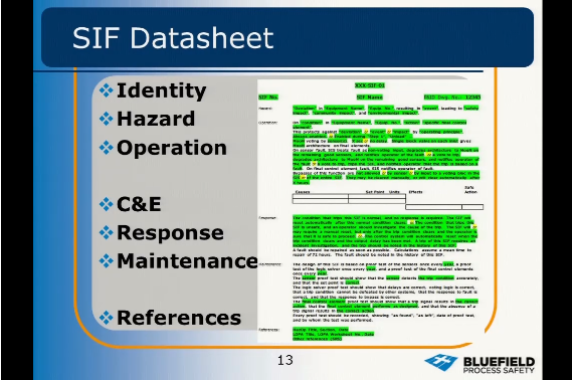 The three criteria for an independent layer of protection (IPL) are effectiveness, independence, and auditability.  The effectiveness and independence of an IPL are typically evaluated as part of a Layer of Protection Analysis (LOPA), and normally are confirmed by the time the LOPA is finalized. Auditability, on the other hand, is typically not addressed during the LOPA, and is frequently not addressed until someone is charged with the task of actually auditing the IPLs, assuming that even occurs.  For a Safety Instrumented Functions (SIF) with a Safety Integrity Level (SIL) to be installed in a safety instrumented system (SIS), the requirements for auditing are listed in the standards such as IEC 61511 and ANSI/ISA S84 and the relevant information is contained in a Safety Requirements Specification (SRS).

However, an SRS for an SIS does not address IPLs that are not SIFs:  administrative functions, non-instrumented functions, and non-rated control functions, even though they are also critical to assuring sufficient risk reduction for specific hazards.  The auditability, and hence the auditing, of non-SIS IPLs too often becomes an afterthought.

A Safety Critical Functions Manual (SCFM) can pick up where the SRS leaves off.  It defines requirements for testing, maintenance, and training for IPLs not included in the SIS.  The very act of creating a SCFM forces the issue of auditability to be addressed, and defines the items that need to be audited.  While an SCFM could manifest itself in different ways, it can generally be expected to include datasheets which address the operation, testing, maintenance, and training requirements for each safety critical function.  While it would be analogous to an SRS, a SCFM would typically be simpler.

The presentation will conclude with a discussion of an approach that has been successful at a number of different organizations for documenting and maintaining those safety critical IPLs that are not already covered under one of the SIS standards.

Preview Presentation:
Presenter(s):
Michael S. Schmidt
Once the content has been viewed and you have attested to it, you will be able to download and print a certificate for PDH credits. If you have already viewed this content, please click here to login.

Modelling and Validation of Dispersion Following an Instantaneous Vapor or Two-Phase Release from a Pressurized Vessel
Hazardous flammable and/or toxic materials are often stored in pressurised vessels. This paper deals with the modelling of the dispersion following the...
Development of a Steel Component Combustion Model for Fires Involving Pure Oxygen Systems
Pure oxygen systems pose significant fire and explosion risk to equipment, operations, and personnel if a loss of oxygen containment occurs. In industrial...