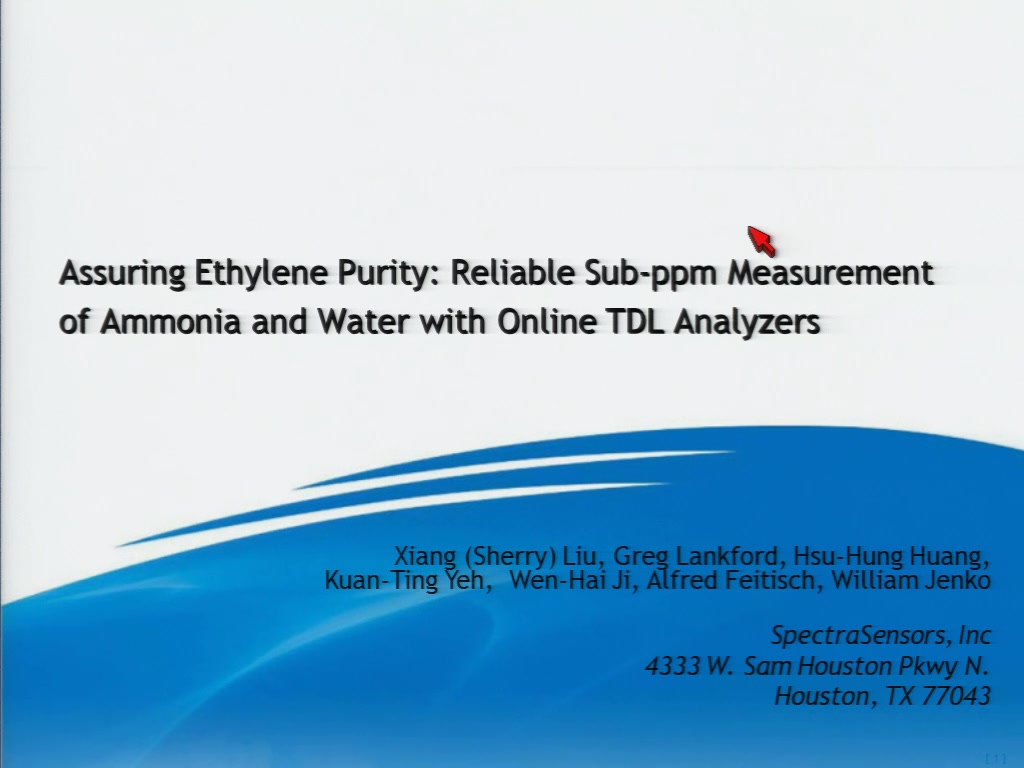 Accompanying the ever-increasing performance of polymerization catalysts used to produce polyethylene (PE) is a general increase in catalyst sensitivity to impurities in ethylene feed. These can impact the length and branching of polymer chains as well as interchain bonding, which in turn determine important properties such as crystallinity. Furthermore, impurities may poison catalysts irreversibly, necessitating their premature replacement. Thus, the economics of polyethylene production do not merely depend on the cost of ethylene feed. The amount and quality of PE produced by a given amount of catalyst also is critically important, and the purity of ethylene feed directly impacts both.

Methods of measuring ethylene purity include gas chromatography for acetylene, ion mobility for ammonia, and a variety of sensors that indirectly respond to water including vibrating quartz crystals (VQC) and aluminum oxide (AlO3) capacitance probes. Each of these suffer from limitations ranging from long response times (GC) to response drift, long wet-up or dry‑down times, sensitivity to contamination, and loss of responsiveness due to poisoning of or physical/chemical changes in the sensor element (VQC and AlO3).

Modern TDL (tunable diode laser) analyzer technology overcomes all of these shortcomings by measuring an intrinsic property of water, acetylene, or ammonia molecules: their response to light from a laser at specific wavelengths determined by the chemical bonding between constituent atoms. Being governed by the laws of nature, this effect does not change over time. And because the interaction is instantaneous and highly selective, TDL spectroscopy responds quickly to concentration changes and is not affected by contaminants. Employing a patented differential spectroscopy technique, the same technology employed to measure NH3 and H2O in ethylene has been deployed globally to measure H2O at sub-ppm levels in dryer outlets for natural gas processing and liquefied natural gas operations.

Preview Presentation:
Presenter(s):
Marcus Trygstad
Once the content has been viewed and you have attested to it, you will be able to download and print a certificate for PDH credits. If you have already viewed this content, please click here to login.

Production of JP-8 Jet Fuel from Coal and Coal/Biomass Mixtures
An indirect liquefaction process employing advanced process intensification approaches is being developed to reduce costs and accelerate commercialization of a...
Reboilers with Plate-Fin Brazed Aluminum Heat Exchangers: Best Practices and Considerations for Design and Operation
Brazed Aluminum Heat Exchangers (BAHX) are used in cryogenic reboiler applications for natural gas processing and ethylene production industries. In these...