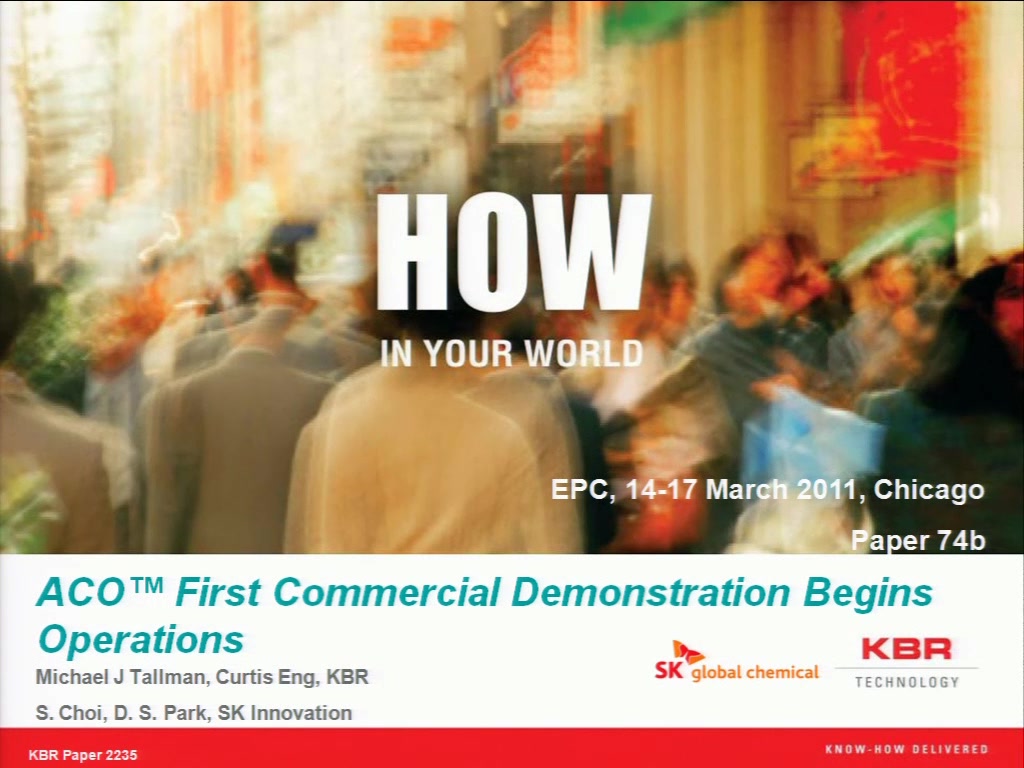 With the number of new ethane-based crackers coming on line in the next few years, it is anticipated that the traditional source of nearly two-thirds of the world’s propylene, steam crackers, will fall short of demand. Thus, there is great interest in new propylene-on-purpose technologies.

One such technology is the Advanced Catalytic Olefins (ACOTM) process, an FCC-type process which cracks straight run feeds such as naphtha (already the feed source for approximately half of the world’s ethylene production) to large quantities of propylene and ethylene. Compared to a traditional steam cracker, ACO produces significantly more propylene (typical P/E production ratio is approximately 1:1) and more total olefins at lower energy consumption and CO2 footprint.

A description of the ACO process will be provided, along with an economic comparison to steam cracking when processing a typical naphtha feed. A description of the ACO Demonstration Unit constructed by SK Energy at its site in Ulsan, Korea, the first commercial demonstration of ACO technology, will also be provided, including a summary of early operations which began in 4Q10.

Preview Presentation:
Presenter(s):
Michael J. Tallman
Once the content has been viewed and you have attested to it, you will be able to download and print a certificate for PDH credits. If you have already viewed this content, please click here to login.