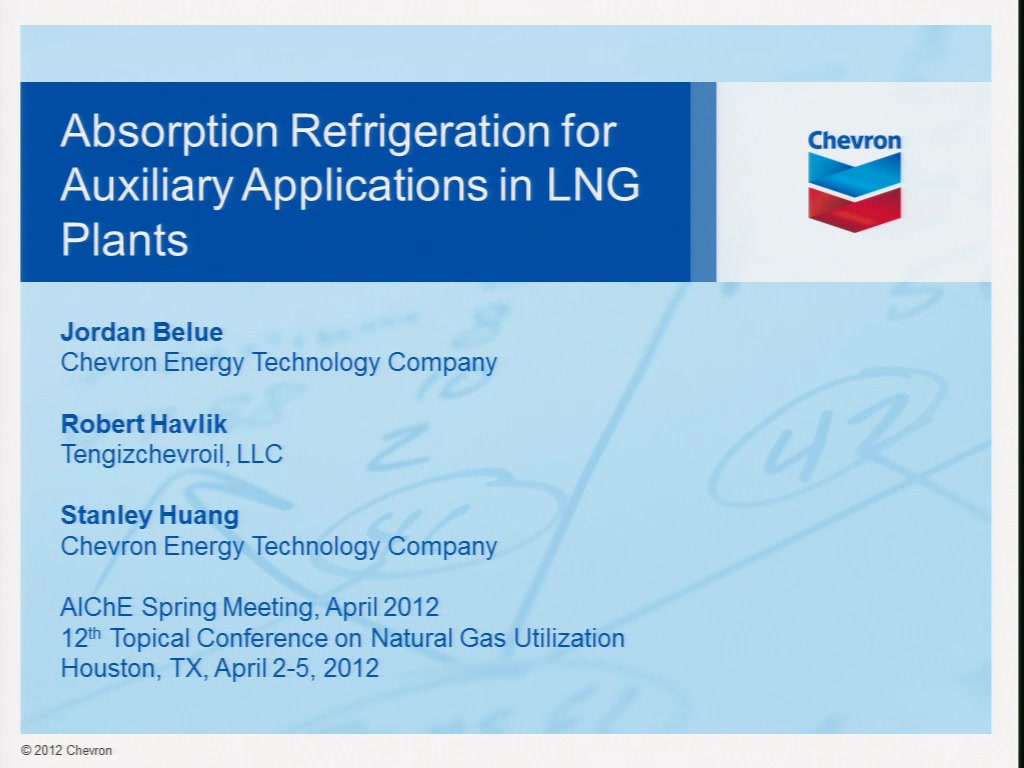 A Liquefied Natural Gas (LNG) plant demands a large amount of mechanical power for generating refrigeration. Over decades of development, the art of designing the prime mover trains utilizing steam or gas turbine drivers, combined with helper motors or synchronous generators, have been pushing the technological limits and approaching perfection in new constructions. This is witnessed by a rapid growth of global LNG capacity in the first decade of the 21st century. The largest gas turbines (GT) used are Frame 9 machines. Furthermore, various approaches to enhance the rotating equipment train and gas turbine output have been investigated and implemented to push the capacity boundaries. For example, inlet conditioning for power augementation utilizing fogging, inlet chilling and evaporative cooling of GT inlet air have been installed in various occasions.

In addition to gas turbine and prime mover capacity enhancements, the other frontier is improvement of thermal efficiency of the prime movers and power plant either to free up more gas towards LNG Production or utilize in a combined heat and power conceptual design to capture waste heat and integrate back into the LNG Process Plant. The most obvious approach is implementing waste heat recovery unit (WHRU) on the gas turbines. The recovered heat can be directed to various heat users in the plant which is known as Cogeneration designs. In most LNG plants, the recoverable waste heat is more than the demand of the process plant thermal users. Therefore, in some cases, the recovered heat is used for power generation, which is known as Combined Cycle (CC) designs. Relatively few cases were demonstrated to use recovered waste heat to enhance plant capacity, although a well-known steam-injection process is commonly practiced in the power industry.

In this presentation, comparison will be made between a selected air chilling and an alternative approach, called absorption chilling cycle, which directly converts heat to refrigeration. Absorption refrigeration has been used in refinery and other industries, but not LNG. Emphasis will be placed on dampening the impacts of seasonal temperature variations, instead of straightforward capacity enhancement, which requires enlargement of all supporting systems and underlying structures.

Preview Presentation:
Presenter(s):
Jordan Belue
Once the content has been viewed and you have attested to it, you will be able to download and print a certificate for PDH credits. If you have already viewed this content, please click here to login.