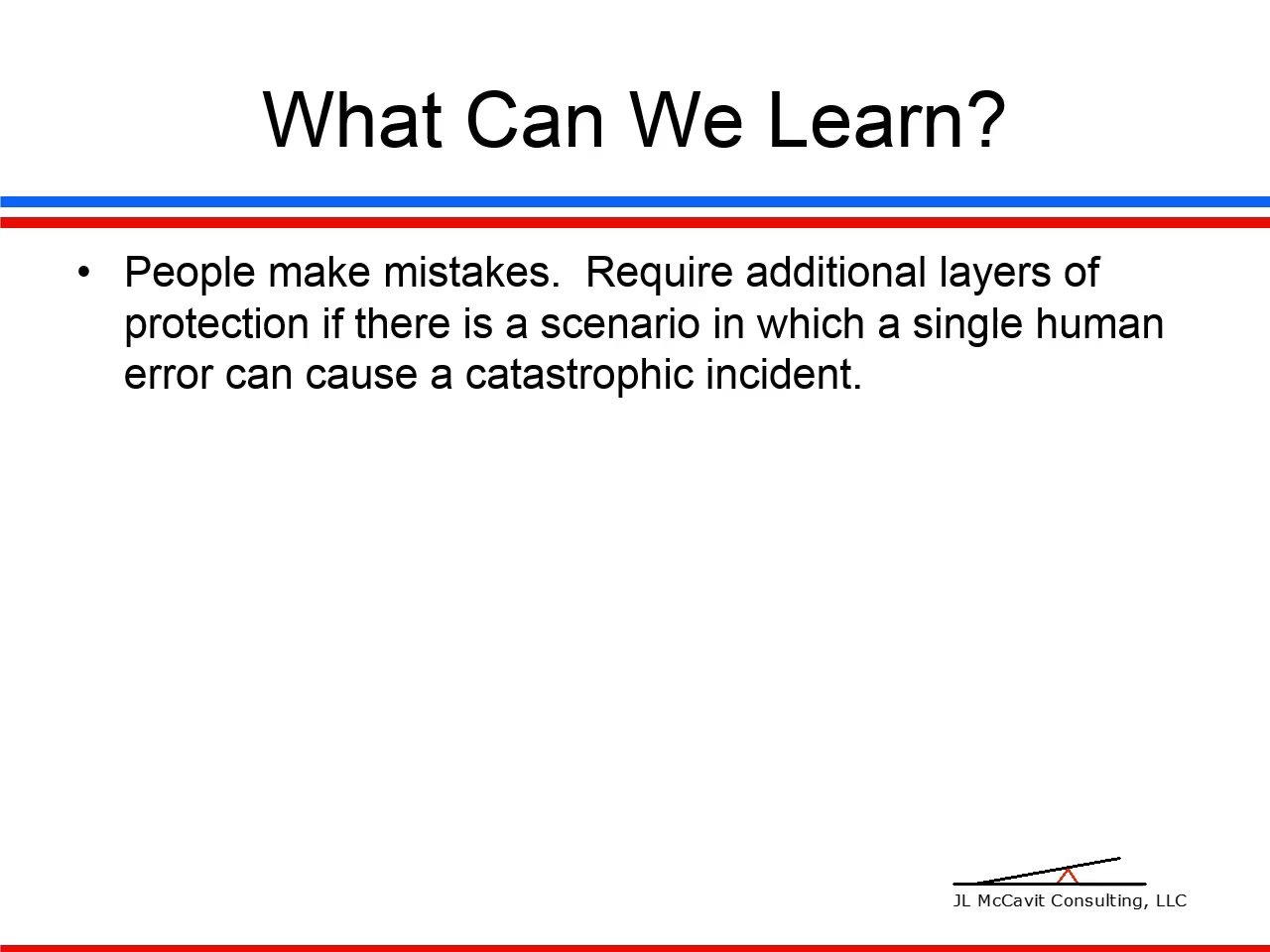 On Saturday November 14, 1987, the presenter personally witnessed a catastrophic vapor cloud explosion at the Celanese Chemicals facility in Pampa, Texas resulting from the release and subsequent ignition of vaporized butane from a ruptured reactor feed line.  The explosion resulted in three fatalities, dozens of injuries and several hundred million dollars in property damage.

This presentation will discuss the details of the incident, including a video containing original news clips and subsequent interviews, as well as key learnings that shaped the organization’s approach to process safety management.  Much of this information continues to be as relevant today as it was then.

The Pampa event was recognized across Celanese as a process safety wake-up call and led to the development and implementation of comprehensive company-wide process safety management programs, which continued to be expanded and fine-tuned upon and following promulgation of the 1992 OSHA Process Safety Management Standard and the 1996 EPA Risk Management Program Rule.

From the start, until his retirement in 2005 following 35 years of service to the company, the presenter was directly involved in virtually all key aspects of Celanese’s PSM programs.  He subsequently formed his own consulting firm and continues to advise clients on a range of process safety matters.  He chaired the CCPS committee responsible for publication of Guidelines for Risk Based Process Safety and has been actively involved in the CCPS Vision 2020 project, among others.  He holds a Bachelor of Science degree in Chemical Engineering from Texas Tech University.

Preview Presentation:
Presenter(s):
Jack Mc Cavit
Once the content has been viewed and you have attested to it, you will be able to download and print a certificate for PDH credits. If you have already viewed this content, please click here to login.