Editorial: Have You Gotten Engaged? | AIChE
Skip to main content

Editorial: Have You Gotten Engaged? 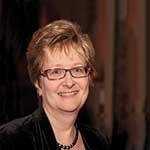 This is an expanded version of the Editorial that appeared in the print version of Chemical Engineering Progress, July 2016.

A few years ago, CEP published a series of articles on social media and the chemical engineer by Career Corner columnist Loraine Kasprzak. In my editorial kicking off the series, I concluded that after reading Loraine's first article ("Getting Started in Social Media," Jan. 2012, pp. 37–39) and seeing statistics about AIChE's blog, ChEnected, "I'm convinced that social media do have value for certain things — even if I still don't want a Facebook account." In the four-and-a-half years since, I haven't ventured into Facebook, but @cindymascone has dabbled on Twitter, though not much recently.

My latest foray into social media is on AIChE's new online platform — AIChE Engage — which allows members to network and build professional relationships. “What distinguishes the AIChE Engage community from standard social media channels is that you can be confident that you’re communicating with your peers, other members of AIChE — those dedicated to chemical engineering,” says Monica Mellinger, Membership Associate and AIChE Engage Community Lead.

One of the most exciting features of AIChE Engage is Discussion Central, where members share their expertise and opinions on a wide range of technical and nontechnical topics. The most popular threads have been PE Licensure —Why or Why Not?; Skills They Didn’t Teach You in School; Avoiding Errors in Simulation Software; and Management of Change (MOC) System Challenges. I will be posting about my editorials, and I look forward to reading your comments. We also plan to ask authors to participate in discussions about the topics they have written on; let me know who your favorite CEP authors are and what you want them to talk about, and I'll issue a special invitation to them.

Since its launch in mid-March, the AIChE Engage Discussion Central community has gotten off to a great start: More than 20,000 people have subscribed to it, and each month it gets, on average, 250 total public messages and 30 new threads, with 11 replies per message. “These are quite healthy metrics for a three-month-old community,” claims John Vasko, Manager of Content and Community for AIChE.

A recent thread prompted me to write this editorial. One member asked, "Participation in social media; is it practical?" He said that one reason he has been hesitant to get involved with social media like AIChE Engage is that he's concerned about saying or doing something that would be contrary to his employer's policies, which he suspects are probably fairly typical. He pointed out that "most of us are constrained in the kind of public discussions in which we can participate. Sometimes, there will be technical questions that we can't comment on because of intellectual property concerns; sometimes there will be political or ethics issues we will need to avoid; and sometimes there are anti-competitive issues we'll need to skirt. That closes down a lot of discussion." He questioned whether a public forum like AIChE Engage is viable for professionals who are not self-employed, and asked, "How are you making your comments useful while protecting your employer's legitimate interests?"

In reply, another member commented, "Technical social media is not only practical, it is essential to advance science. It is also not a new thing — The Royal Society first met in 1660 at Gresham College in London. This is the most fundamental form of social media — a bunch of guys meeting to discuss topical scientific issues important to humankind and supporting their conclusions with experimental data. The papers published through this society have changed the world."

A third commenter noted, "People read what's posted to learn! A good example is the question posed by the new engineer requesting suggestions on how to best approach his first position. Most of us have already 'been there, done that, have the T-shirt,' and there was little reluctance to help the guy! Even where technical questions are posed, the request is more of a 'what's the best way' or 'what does this mean' type, something you may discuss with colleagues over a couple of beers or coffee."

Another commenter pointed out that "social media is a fact of life now and some organizations are quicker to adapt. … we must always be conscientious of what we say, certainly if [it] could be perceived as 'on behalf of' our employer, but there are also ways to use caution in avoiding that. For example, I am here speaking as an individual, not on behalf of my agency, but I think given the structure and setup of this new exchange it is reasonable to interpret that no one here is speaking on behalf of their employer, unless otherwise stated. This lends itself to the new norm of context also being even more important. … we'll all adjust as things evolve."

If you have not yet done so, please visit AIChE Engage at http://engage.aiche.org and get engaged with us and your fellow AIChE members. To share your thoughts on participating in social media, go to aiche.org/SocialMediaAndWork.