Hydrogen as a fuel for passenger cars and city buses is already a reality in California. More than 10,000 hydrogen-powered autos are traveling the streets of the California coast, mainly between Los Angeles and San Francisco. In August 2022, the California Air Resources Board mandated that by 2035, all new cars and light trucks sold in California be zero-emission (1). The push for decarbonization is also spurring development of low-emission passenger rail systems, and hydrogen will play a big role in these systems.

In Europe, the hydrogen-fueled Alstom iLint light rail is already operating in Germany (Figure 1) (2), and other countries are placing orders for hydrogen trains. A demonstration train by Stadler U.S. is expected to be operational by 2024 in California (3). The American Public Transportation Association (APTA) Hydrogen and Battery Electric Rail Safety Standards Committee will be writing safety standards that will assist the Federal Railroad Administration (FRA) in the process of creating regulations to ensure the safety of this new technology, so hydrogen-fueled passenger trains may become widespread in the U.S. 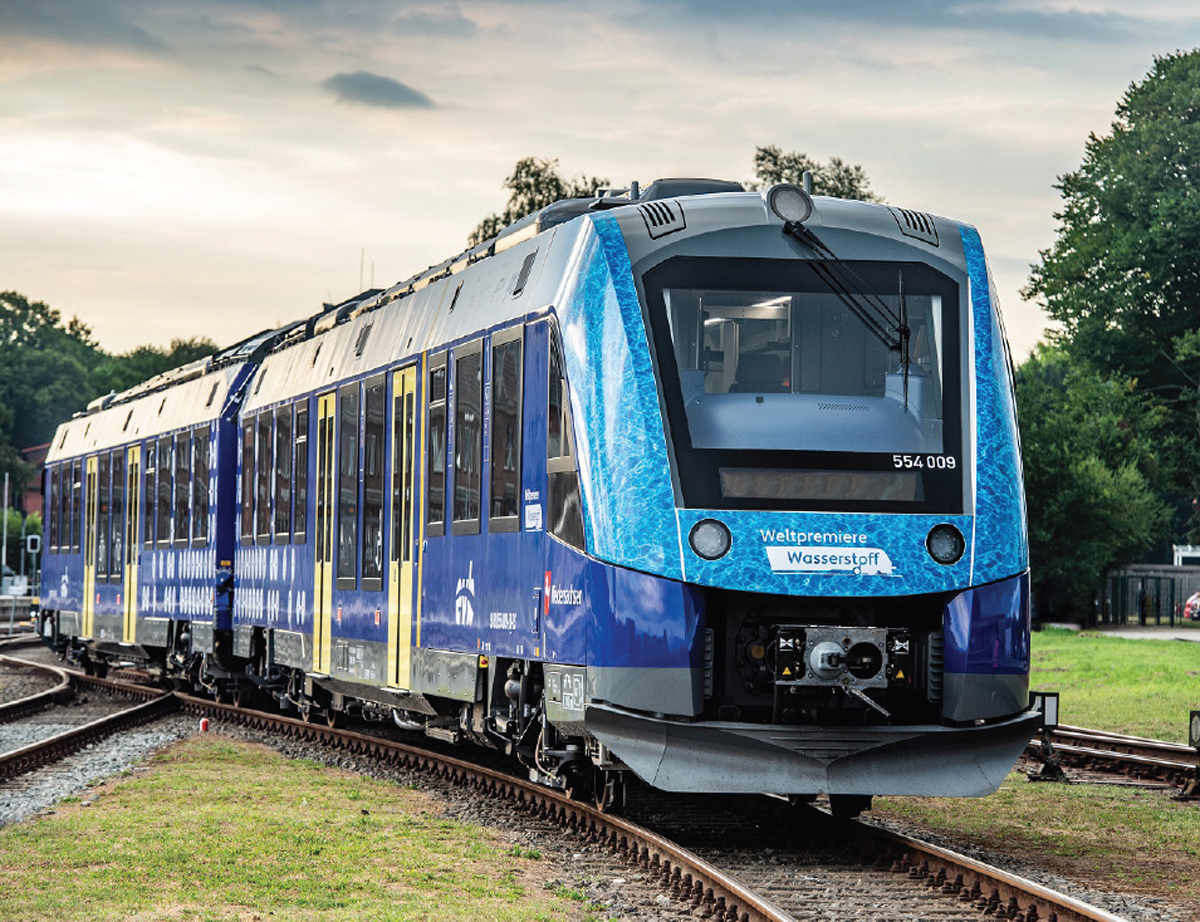 Both hydrogen-fueled autos, such as the Toyota Mirai, and hydrogen trains have a similar power mechanism. High-pressure hydrogen gas, typically 5,000 psig (~350 bar) or 10,000 psig (~700 bar), is stored in an onboard tank. The hydrogen gas is then fed to a fuel cell, where it is combined with oxygen from the air to generate electricity to charge a lithium-ion or lithium-titanium-oxide (LTO) battery, which powers a traction motor. The battery is also charged by regenerative braking energy. Unlike fossil-based fuels, hydrogen-fueled vehicles do not emit carbon dioxide, or the pollutants associated with gasoline or diesel-powered engines, out of the exhaust. Because hydrogen-powered trains are a young technology, much of the design data and engineering practices developed from the production of hydrogen-powered cars and buses are used as a baseline.

This article reviews the basics of using hydrogen as a fuel for passenger rail. It highlights the challenges to widespread commercialization of this technology, such as ensuring the safe supply of hydrogen from a trackside filling station to fuel the train. This article also discusses: