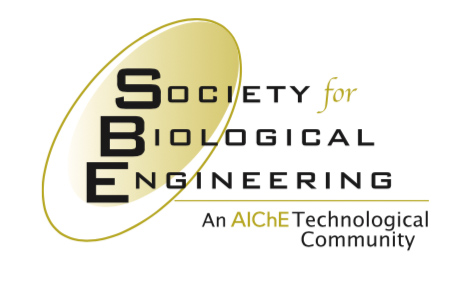 Quantum computers received attention in 1982 when physicist Richard Feynman gave a talk explaining that classical computers could not process calculations that describe quantum phenomena, and a quantum computing method was needed for these complex problems (1). In the mid-1990s, Peter Shor developed a groundbreaking algorithm that proved a quantum computer can calculate the prime factors of a large number exponentially faster than classical computers, demonstrating the power of this new technology. Fast forward to today, an increasing number of companies, startups, and academic research laboratories now rely on quantum computing to accelerate the process of developing novel technologies.

It is predicted the quantum computing market will grow rapidly in the next 10 years, driven by its use in pharmaceutical, chemical, and biological applications. Some large and complex problems that engineers in these industries must tackle require a massive amount of computational power to solve, which classical computing is not able to provide. Quantum computing technology has been shown to be especially useful when solving problems involving chemistry, artificial intelligence, simulation tasks, complex correlations among interconnected elements, and large sets of data outside the scaling limits of classical computers. The unique way quantum computers use probabilities and entanglement make them a particularly useful tool for many optimization problems.

Quantum computers store information in qubits, i.e., quantum bits. Unlike classical computing bits that exist as either a 0 or 1, qubits exist in superpositions of 0 and 1, and use entanglement and interference to solve computations with a large number of states. It is estimated that a quantum computer with only a few hundred qubits would be able to perform more calculations than there are atoms in the universe. However, such a computer is yet to be built due to technological limitations — the best quantum computers today have around 50 qubits (2).

Quantum computing tools have several relevant applications in environmental engineering. For example, these tools can be used to study the reactivity of catalysts. Currently, the chemical catalysts used in fertilizer production account for 2% of global carbon dioxide emissions. Engineers could use quantum computing to develop more sustainable catalysts with a lower environmental impact. Additionally, quantum computing can help engineers uncover catalysts for carbon capture that are cheaper and more efficient than current options, which could help to accelerate the widespread adoption of this technology.

Biomedical engineers have shown that quantum computing can have various healthcare applications, such as the development of improved therapies for cancer treatment. For instance, quantum computers can analyze thousands of variables to develop radiation plans that target cancer cells at the ideal dose and target, minimizing damage to healthy cells. Quantum computing has been used to interpret diagnostic images with the help of machine learning tools. In addition, quantum computing tools can reduce the time and improve results of in silico drug discovery.

Several gaps and challenges remain before quantum computing can be broadly used in the chemical and biological engineering communities. However, the pace of development is rapid, and we are likely to start seeing the broad adoption of this technology within the next few years. Quantum computing will need to be incoporated into chemical and biological engineering curricula to prepare students to adapt and leverage these developments in their future careers.

AIChE, along with the Technical Univ. of Denmark and Knowledge Hub Zealand, will host the Quantum Computing Applications in Chemical and Biochemical Engineering Workshop on Oct. 21–23, 2021 in Copenhagen, Denmark (www.aiche.org/qc). The workshop will bring together scientists and engineers from academia and industry at all career stages to showcase advances in an emerging and rapidly growing field. Session topics include advanced quantum computing applications, quantum computing in the startup space, and the future of the field. Please contact Nahida Alam at nahia@aiche.org for any questions.

The key to good parting box performance is to effectively break the momentum of the entering liquid streams.

Evolutionary principles are the key to engineering enzymes for industrial applications.

The Doing a World of Good campaign funds five transformative priorities identified by the AIChE community as imperative to supporting and advancing the good chemical engineers bring to the world.

Editorial: AI Learns Something New Every Day. Shouldn’t We?

While AI represents the future of learning, there are many futuristic digital learning platforms that are worth checking out today.

Continuing the discussion on climate; HAZOPs are not a design activity

X-Therma, Inc., is developing a breakthrough biopreservation technology to address the critical challenges of organ transport.

The Nibbler lump breaker features a choice of screen styles to promote fast, efficient size reduction of a wide range of powders, granules, and other bulk materials.

A major explosion and fire occurred during a transfer operation involving blind valves, manual valves, and a motor-operated valve.

The unique way quantum computers use probabilities and entanglement make them a particularly useful tool for many optimization problems.

As the length and complexity of procedures increase, the number of safety incidents also increases.

Reflecting on my career thus far has revealed some lessons that have helped me, and hopefully will also help you.

Explore our selection of new books for May 2021.