Editorial: Love is on the Menu | AIChE
Skip to main content 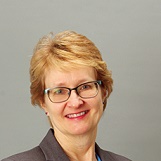 Designing a CEP cover is a team effort. Editors present images and pitch ideas for their article to be featured, then our art director applies her magic and prepares a few concepts for us to consider. We go back and forth a few times — tweaking colors, shades, fonts, type sizes, and other elements of the design — until we arrive at the work of art that greets you when CEP lands on your desk. This month’s cover and the special section on food engineering were finished before I came across an interesting study about fonts and food. Had I read about the research earlier, I might have suggested we use the font you see below for the menu of articles on p. 31.

In her article “Changing Tastes” (p. 32), Liz Pavone notes, “Motivated by an increased understanding of health and nutrition, as well as a focus on the environmental impact of what we eat, today’s consumers are demanding something different from the food industry.” In line with this, “the restaurant industry has witnessed an unprecedented rise of healthy restaurant brands,” says Stephanie Liu, a professor of hospitality management in the Ohio State Univ. Dept. of Human Sciences. However, Liu and her colleagues say, the existing literature offers little guidance on how to effectively leverage such brands in the marketplace.

Liu’s team drew on previous research findings that consumers’ health values affect their intention to choose healthy foods, that marketing communications influence consumers’ perceptions of a restaurant, and that typeface design is an effective marketing tool in communicating brand personality. They then examined the effect of menu font on a diner’s perceptions and choices.

They asked 185 U.S. adults to imagine themselves patronizing a fictitious restaurant. Half of the participants were told the establishment was “a health-conscious restaurant, its entire menu is based on locally grown, non-GMO, antibiotic-free ingredients, and it is committed to sustainability,” while the other group did not receive such information. Half of each group saw a menu created in the Helvetica font, while the other half saw the same menu prepared with the typeface below, which appeared to be handwritten.

When the diners read menus with healthy food options printed in the typeface that looked to be handwritten, they were more likely to believe that the food was healthier, made of better ingredients, and prepared with more care than similar items printed in the machine-style font. The handwritten font, Liu believes, conveys “a sense of human touch, which subsequently induces the perception that love is symbolically imbued in the restaurant’s offerings.” This, she says, produces “a wide range of favorable consumer responses, including positive attitudes toward the menu, enhanced perceived healthiness of the brand, and higher social media engagement.”

She theorizes that as the world grows ever-more automated and ever-more mechanized, technology can put distance between humans and remove the warmth that comes with human touch. Because hand-writing takes more effort than typing, a typeface that appears handwritten can convey a deeper sense of emotional connection than a machine-written typeface that is square, straight, and uniform.

Had we used the font you see here, would the love that went into the section on food engineering be more evident? 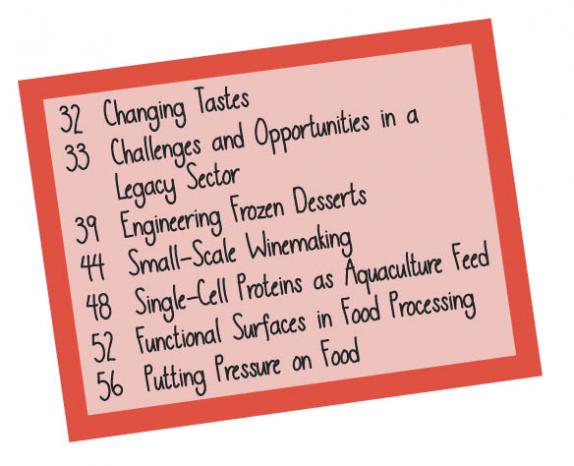 Designing an insulation system is more nuanced than simply selecting a material that has a maximum use temperature above the operating temperature of your system.

Jell-O salads — neatly chopped vegetables, canned or fresh fruits, and cubes of meat or fish encased in shiny gelatin shaped into decorative molds — have, as Laura Shapiro says in her book Perfection Salad, “congealed in the decorative mold of history.” The once-ubiquitous buffet staple owed...

Challenges and Opportunities in a Legacy Sector

The food industry currently favors established companies, methods, and technologies, but increasing consumer interest in health and sustainability is demanding innovation. This is an opportunity for companies that can provide transformative innovation and disrupt the status quo.

The scraped-surface freezer is at the core of ice cream production. Understanding and controlling this operation and the storage conditions of the final product are critical to creating the smooth and creamy treat consumers expect.

Winemaking at small scales can produce wines of distinction. Finding and managing exceptional vineyard sites is a critical first step in the winemaking process. Good grapes coupled with small-scale fermentations and smart cellar practices can produce compelling and interesting wines.

The demand for aquaculture seafood is expected to increase to feed the growing global population. Producing this food source will require a supply of advanced protein ingredients to supplement or replace fishmeal. Single-cell proteins (SCP) could meet this need while leveraging the corn ethanol...

Food contacts many inert surfaces that direct flow or induce turbulence during processing. These surfaces could be modified to provide additional capabilities. The feed spacer material of spiral-wound membranes used in dairy applications is one such surface that could be functionalized to mitigate...

The food industry has embraced high-pressure processing (HPP) as a food safety technology. HPP may also help satisfy consumer demand for clean-label products that are safe, nutritious, and don’t include synthetic chemicals.

Vapor-Phase Nonideality: When to Worry

Should you account for vapor property nonidealities in chemical process simulations? The answer will depend on the degree of uncertainty allowed in your system.

Process Safety Beacon: Surrounded by Too Many Warning Signs?