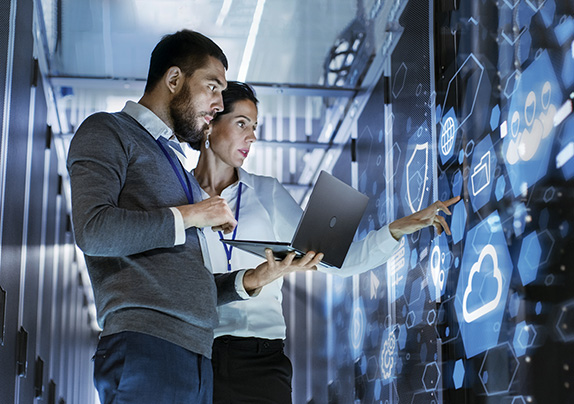 As part of AIChE’s Centennial celebration in 2008, leaders from industry and academia and a group of graduate students and postdocs speculated about chemical engineering 25 years in the future (www.aiche.org/resources/publications/cep/2008/november/chemical-engineering-next-25-years).

Ten years have brought changes in the world, changes in chemical engineering, and changes in the contributors’ perspectives. In 2008, data analytics, CRISPR, cyberthreat analysis, exascale computing, fracking, Lyft, and Uber were obscure or nonexistent terms. The iPhone had just been introduced the year before. Now, everyone is contactable at any time, not just by text message and email but by voice and face-to-face video. Smartphones have become ubiquitous and extraordinarily powerful and versatile, both for personal use and in professional settings.

In 2008, it might have seemed ludicrous to predict that the future of the car would not include drivers or that parts delivery would be by speedy drones. In 2018, thanks to recent and extraordinary advances (sensors, computing power, artificial intelligence), it seems that driverless cars are now inevitable and could become a reality in the not-too-distant future. Just as the aviation industry grew up in a highly regulated environment, making commercial air travel extremely safe, so will driverless vehicles, resulting in far fewer accidents. Our work commutes and our supply chains will be affected, and warehouses and long-haul trucking companies will hire pilots for off-interstate maneuvering.

We also cannot predict perfectly where economics will take chemical engineering. When we posed our questions in late summer 2008, the Great Recession had not yet hit. In 2008, the five largest companies in the U.S. by market capitalization were ExxonMobil, General Electric, Microsoft, AT&T, and Procter & Gamble; the five largest in the world were PetroChina, ExxonMobil, General Electric, China Mobile and ICBC (China). In 2018, the five largest, both in the U.S. and in the world, are Apple, Google, Microsoft, Amazon, and Facebook. ExxonMobil has dropped to Number 7 in the U.S., and AT&T and Procter & Gamble are no longer in the U.S. Top 10. Largely on the basis of the iPhone, Apple went from 15th largest in the U.S. in 2008 to Number 1.

In this article, many of the 2008 contributors reflect on their visions of the challenges and changes in chemical engineering. We also hear from some new contributors, including graduate students and postdocs with fresh points of view, sophistication in their subfields, and a willingness to speculate.

To help them frame their visions, we posed the same four questions as in 2008 and chose chemical engineers from different sectors and development areas, different locations, and different career stages, expecting them to build their visions from their particular perspectives. The questions were:

One approach toward making predictions is to project from today’s trends and breaking developments. However, such extrapolation is hard. Some predictions will inevitably be upended by unforeseen scientific discoveries, technical advances, product demands, and global economic and political swings. A complementary approach is to project backward from the future, envisioning future needs and demands then speculating about how we might meet them, challenging our imaginations. Many of the needs will be the same as today. Others will be startling, disruptive developments.

In their reflections, our respondents provided some terrific insights into where chemical engineering is now and where it’s going. Billy Bardin of Dow Chemical expressed some of these needs:

Viewing more broadly, Jim Stapleton from the Univ. of Oregon argued that chemical engineering must aim to “address the biggest problems facing humanity. To be welcoming to all. To connect theory, simulation, experiment, and analysis. To promote openness, reproducibility, civility, and reason.”

Beyond satisfying our natural curiosity, such visions and this analysis matter because they can help us. We hope the contributors’ thoughts will trigger ideas about how you might shape your own personal directions and those of the organization you work in. They suggest how you might respond technically and as a citizen of your community, your nation, and the world. Finally, they suggest how we can collectively shape our profession to be what we think it needs to be.

The energy sector remains a vibrant part of the economic landscape. During the period 2008–2010, U.S. field production of crude oil had dropped to 5 million barrels per day; thanks to tertiary oil recovery methods — including fracking — and significant increases in efficiency, oil production reached 11 million bbl/day in 2018 for the first time ever, propelling the U.S. into second place among world producers (after Russia and ahead of Saudi Arabia).

At the same time, renewable energy (hydrothermal, wind, solar, geothermal, biomass) has increased from 9.25% of total U.S. electricity production to 17.12% in 2017. Clearly, chemical engineers have a role to play both in the traditional fossil-fuels-based energy sector and in the emerging renewables sector.

The resurgence of fossil fuels, and the attendant drop in the price of oil and natural gas, was a rueful surprise to several of the respondents who in 2008 had predicted increasing reliance on renewables like biofuels for energy. Curt Fischer of Stanford Univ. was one of them, acknowledging that “the annual failures of the renewable fuels industry to live up to Congress’s 2007 production mandates do not bode well for near-term progress.”

Jeff Siirola, of Eastman Chemical (retired) and Purdue Univ., summarizes the situation well: “A decade ago, we knew about shale gas, but we had no idea just how easy and inexpensive it would be to produce. … Predictions of the need to develop alternative chemistries and processing technologies for both fuels and chemical feedstocks (especially from coal and biomass) were not borne out.” Siirola also makes salient points about shale gas, for which the primary saleable component is methane. However, because it is “wet gas,” other light hydrocarbons are present. Their availability as a byproduct may drive their price toward zero, hence creating opportunities for new processes based on these essentially free feedstocks.

An optimistic, nuanced prediction comes from Vijay Swarup, Vice President for R&D at Exxon-Mobil Research and Engineering, who expects the demand for transportation fuels to continue rising due to economic growth and prosperity, particularly in developing countries, driven, unprecedently, “not by cars, but by demand for heavier fuels for trucks and airplanes.” Swarup believes that chemical engineers will be able in the future to combine, for example, advances in computational modeling, data analytics, optimization tools, and next-generation and bio-based catalysts to produce fuels and chemicals at scale with lower emissions. “Simply put, we are moving to an ‘and’ period in chemical engineering. The future of the energy industry will involve traditional chemical engineering areas like transport phenomena and process design and advanced computational capabilities and bio-catalysts and improved sensors and analytics,” he believes.

Now and in the future, cost-effective renewable-energy sources affect processes and business. Patrick McGrath, of the U.S. Dept. of Energy’s (DOE) Advanced Research Projects-Energy (ARPA-E) program, makes the point that, in many locations, the price of electricity being generated from solar energy is now lower than that of other forms of electricity generation, and it continues to drop. In a future scenario, a chemical plant powered by solar energy (combined with electrical power storage to smooth out availability) would have very different economics than one designed in an environment dependent on grid-based power sources. As he rightly points out, “it’s hard to conceive the number of opportunities this [development] would present to reimagine chemical processes.” At the same time, improved storage of electric energy is important. “Considering future needs for an electric grid with much greater penetration of cheap renewable (and variable) sources, we need to look beyond lithium,” he notes.

Nuclear power, enrichment, and nuclear waste were not mentioned by the respondents, but these topics will still be with us in 25 years. The use of coal for fuel will likely decrease further, and abundant natural gas may be the dominant source of transportation and power-generation fuels.

Consider the range of 25-year biotechnologies envisioned by Bob Langer of the Massachusetts Institute of Technology (MIT). In 2008, he predicted “new types of information in genetics leading to more personalized diagnostics and medicines … new materials leading to new medical devices … delivery of complex molecules, including potential new drugs such as siRNA and DNA,” adding that nanotechnology and nanoscale transport offered “new possibilities in non-invasive delivery, cell-specific drug delivery, and sensing.” So far, so good, he thinks in 2018, adding immunology and gene-editing drugs as more opportunities for chemical engineers.

How we got here. Industry has long used fermentation, bioreactants, extraction of natural dyes and drugs, and chemical syntheses to mimic or tweak biomolecules, applying the evolving biology and chemistry of the time. The useful reactor-engineering expression for enzyme kinetics by Michaelis and Menten dates to 1913, and was based on an empirical binding model from the time when the idea of enzyme-substrate binding was still new. Similarly, evolving higher-quality organisms and bioresources used empirical genetics effectively.

The turning point came in 1953, when the team of Watson, Crick, and Franklin found a physical and chemical structure of DNA that rationalized biological function and inheritance. Twenty-five years later, companies began forming to create biologic pharmaceuticals through molecular genetic engineering. They soon began hiring chemical engineers to make the biologics once the gene-splicing and expression were achieved.

In the 1990s, academic chemical engineering was getting deeply engaged in biological sciences, processes, and products. In 2004, AIChE established the Society for Biological Engineering (SBE) as a technological community, promoting the integration of engineering with biology.

Where we are now. Three dramatic developments in this area since 2008 are CRISPR-based tools for gene editing; affordable, practical gene analyses; and the popularization of data science and informatics.

CRISPR-Cas9 is the most talked-about method for gene editing, bursting onto the scene in just the past six years. A synthesized segment of RNA is used to recognize a DNA sequence while carrying an attached DNA-snipping enzyme to it. The DNA can then be altered, potentially correcting single-gene diseases like cystic fibrosis and hemophilia and, eventually, more complex genetic diseases. A key to gene editing and other advances is that examining genes is now quicker and more affordable. Marc Birtwistle of Clemson Univ. notes that for DNA sequencing, “the cost of sequencing a human genome decreased from ~$100...