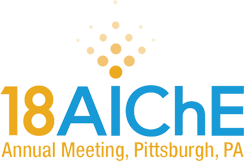 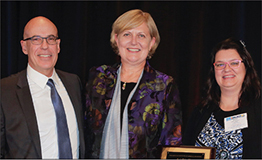 ▲ At the Honors Ceremony on Oct. 28, Elsa Reichmanis (center) of Georgia Tech received the Margaret H. Rousseau Pioneer Award. She was congratulated by Juan de Pablo (left, Univ. of Chicago), Chair of the Awards Selection Subcommittee, and Mary am Ende (right) from Pfizer Inc., the award’s sponsor organization. 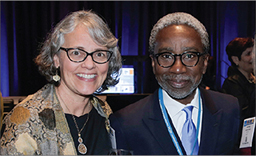 ▲ Babatunde Ogunnaike (right) of the Univ. of Delaware received the Warren K. Lewis Award for Chemical Engineering Education. He is accompanied here by his wife, Anna Ogunnaike. 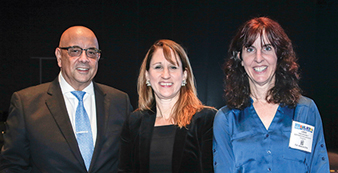 ▲ At the Honors Ceremony, chemical engineers from Northwestern Univ. were awarded two of the top prizes. AIChE President Christine Seymour (center) of Pfizer congratulated Julio Ottino (left), recipient of the Board of Directors’ Founders Award, and Linda Broadbelt, who received the Insitute’s R. H. Wilhelm Award for Chemical Reaction Engineering. 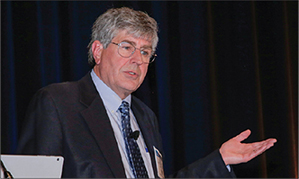 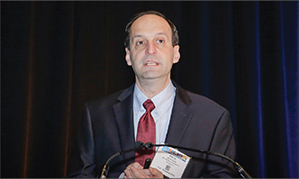 ▲ The Andreas Acrivos Award for Professional Progress in Chemical Engineering Lecture was presented on Oct. 30 by the 2017 award recipient, Orlin Velev of North Carolina State Univ. His lecture was entitled “Microscale Engineering of Responsive, Flexible, and Reconfigurable Particle Structures.” 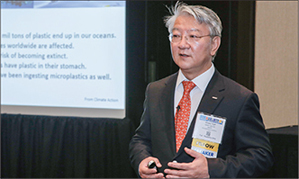 AIChE marked its 110th anniversary at the 2018 Annual Meeting, Oct. 28–Nov. 2, in Pittsburgh, PA. More than 5,600 professionals from over 56 countries attended the conference, which showcased breakthroughs in next-generation manufacturing, new applications of bioengineering, and the breadth and diversity of the chemical engineering community. In addition to expanded coverage of energy- and cost-efficient manufacturing — including topics in process intensification and smart manufacturing — the meeting debuted new topical conferences exploring immunotherapy, biomedicine, and food science. The 760 meeting sessions also covered developments in sustainable engineering, energy, fuels and petrochemicals, pharmaceuticals, materials science, particle technology, nanotechnology, and more. The Institute commemorated its 110 years with several special sessions that offered reflections on the trajectory and future prospects of the energy industry as well as the evolution of the chemical engineering profession. Epic poster sessions saw 670 presentations on Oct. 29 alone. News, photos, and videos from the meeting are available on AIChE’s ChEnected blog (www.aiche.org/chenected). 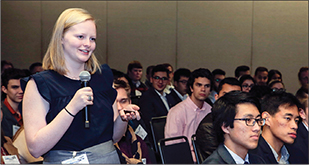 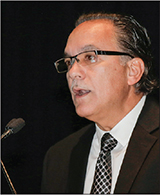 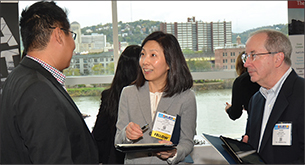 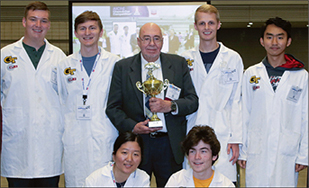 ▲ Georgia Tech’s “Ramblin’ Wreck” won first prize in the performance competition. The car, fueled by a lead acid battery that powered a stepper motor to propel it down the track, carried its load of 390 mL of water and stopped only 1 cm from the 25.3-m target line. The $2,000 first prize is funded by the H. Scott Fogler Endowment. Fogler (center), the competition’s founder, is shown presenting the 1st prize trophy. 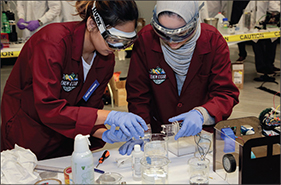 ▲ Aerial view of the Chem-E-Car pit crews at work.

On Oct. 28, 39 teams — finalists in regional and international competitions — participated in AIChE’s 20th Annual Chem-E-Car Competition®. In the competition, sponsored by Chevron, students design and calibrate chemically powered miniature vehicles to carry a variable load over a variable distance. The cars and their student operators must pass onsite safety inspections.