Editorial: Obligations Can Be Opportunities | AIChE
Skip to main content

Editorial: Obligations Can Be Opportunities 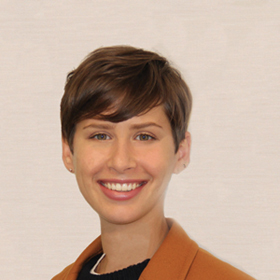 My conscience nags me when I don’t call my mom back. It forms a knot in my chest when I owe my friend for lunch. And, its nagging greets me first thing in the morning if I neglect my work. It is a constant reminder of my obligations, which require me to make decisions with others in mind.

Considering the needs of others restricts freedom of choice, so it would seem desirable to limit obligations where possible. However, many opportunities require accepting some obligation. For example, I accepted a legal obligation to the government when I took out student loans to attend a university, which gave me the opportunity to earn a chemical engineering degree and land a great job, among other benefits.

Obligations typically include a moral facet when they involve interpersonal commitments, which begin by making connections and forming relationships. In the professional realm, networking is often how these connections form. For many of us, networking seems like a necessary evil that requires asking for something and selling oneself. The promise of opportunity, however, is what motivates many of us to mingle at networking events despite our discomfort.

My view of networking got an overhaul at the AIChE Annual Meeting in Minneapolis, MN, when I attended Alaina G. Levine’s presentation “Networking for Nerds: How to Land (or Create) Your Dream Job and Keep Your Career Moving Forward.” I was prepared to receive my yearly booster to remind me of the importance of networking, which usually revives my networking spirit and motivation. But instead, I received a totally new way of thinking. Levine presented networking not as asking for something from someone, but rather as offering something to someone. She explained that in making connections, you can offer your skills and services to help people achieve their goals, which requires listening to their needs, not giving a sales pitch.

Levine advised against elevator speech-type monologues and explained the importance of listening and weaving your own narrative into that of the speaker. The article on pp. 43–46, “Listen Up!” concurs that listening is a vital skill in any professional interaction and explains the power that listeners hold in a conversation. The author provides tips for becoming a better listener, including eliminating external and internal distractions, empathizing with the speaker, and using active listening techniques.

You can put many of these suggestions into practice at upcoming holiday functions or other networking engagements. Approach networking as a chance to listen and learn about others, which will reveal opportunities for you to contribute. Although this new opportunity will likely involve a new obligation, it may also expand your horizons. Happy Holidays!