On Feb. 8, 2017, an explosion occurred in a condensate tank at a mill in DeRidder, LA, that produced different grades of containerboard. According to the U.S. Chemical Safety and Hazard Investigation Board (CSB), the explosion launched the tank approximately 375 ft laterally and over a six-story building before it landed on process equipment. The incident caused three fatalities and seven injuries.

The foul condensate tank contained mostly water, a layer of flammable liquid turpentine on top of the water, and an explosive vapor space of air and turpentine vapor. Air likely entered the foul condensate tank through a vacuum relief device on the tank’s roof. Turpentine, a solvent consisting of several hydrocarbons, is a byproduct of the paper manufacturing process.

The air and organic vapor formed an unanticipated flammable atmosphere. The source of the ignition was most likely hot work that was being performed near the tank. Read the CSB Report No. 2017-03-I-LA-1 for more information on this incident. 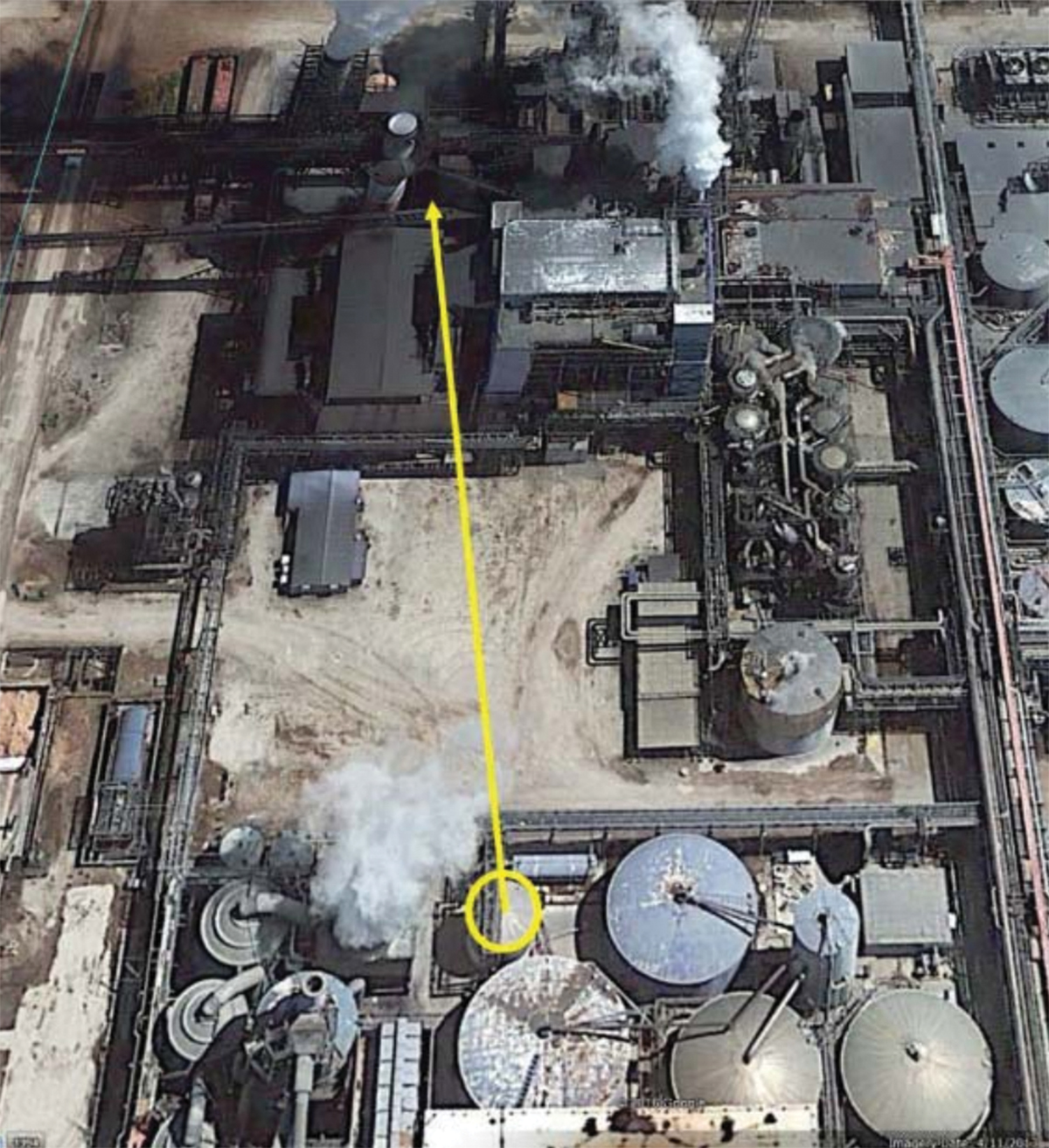 ▲ A foul condensate tank exploded at a mill and traveled 375 ft (yellow line) before landing on process equipment. Image courtesy of the U.S. Chemical Safety and Hazard Investigation Board.

A small quantity of flammable liquid is no small hazard!

©AIChE 2021. All rights reserved. Reproduction for non-commercial, educational purposes is encouraged. However, reproduction for any commercial purpose without express written consent of AIChE is strictly prohibited. Contact us at ccps_beacon@aiche.org or 646-495-1371.

Deciding Between Short-Term and Long-Term Solutions for Aging Infrastructure

Failures related to aging assets can be catastrophic to a facility. This article presents a framework for evaluating whether to implement a short-term fix or a larger overhaul.

How is Cybersecurity Changing Process Safety?

The Chemistry of Bourbon

A resurgence in the popularity of bourbon has inspired a more detailed study of the science involved in its production.

Without chemical engineers and the technologies that we have perfected, bourbon production would likely look much different in scope and scale.

The article discusses how enabling technologies are advancing pharmaceutical process development and describes examples of implementing these technologies.

A foul condensate tank exploded at a mill and traveled 375 ft before landing on process equipment.

Losing one night of sleep doubles a worker’s error rate.

Profile: In the End, Learning Matters Most

Mary T. am Ende has been an AIChE member since her undergraduate years, and has continued to play a role in the chemical engineering community ever since.

These tips can help you create a profile that will be widely recognized by other professionals, decision-makers, and industry influencers.