Editorial: Written in the Stars (If You Can See Them) | AIChE
Skip to main content 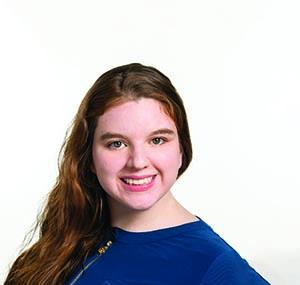 New York City — the city that never sleeps — is known for its bright lights, continuous subway operation, and restaurants that are open well after midnight. Yes, it is full of excitement and energy, but once I moved here, I missed something that I used to take for granted: the stars. Last month, I ventured out of Manhattan for an evening to catch a glimpse of the International Space Station (ISS) as it flew overhead and to watch the Perseids meteor shower. The drive took only about half an hour and, since it was a clear night, I was able to watch the shooting stars fly across the sky.

This summer, I also took a trip to Sequoia and Kings Canyon National Parks — home of the Dark Skies Festival, which promotes and educates on the importance of preserving our night skyscape. Each night, I purposefully slept with my tent fly open so that when I woke up in the middle of the night, I could gaze up at the Milky Way in the cloudless sky. It was unbelievable just how many stars I could see! Unlike the sprinkling outside of NYC, the sky was absolutely brimming. There are, of course, just as many stars in both places; it was the light pollution from the tristate area (and a few extra clouds in the way) that made them seem to disappear.

Light pollution affects more than just our ability to see stars. The International Dark-Sky Association estimates that at least 30% of all outdoor lighting in the U.S. is wasted, primarily due to a lack of shielding on most lights, and contributes to the release of 21 million tons of carbon dioxide per year. This glare from artificial lights can impact wetland habitats that are home to frogs and toads, whose nighttime croaking is part of the breeding ritual. Sea turtles live in the ocean, but hatch at night on the beach and are drawn to the sea by following the bright horizon over the ocean. Artificial lights draw the baby sea turtles away from the ocean — toward parking lots and roadways, and almost certain death. Migrating and hunting birds veer off course toward the dangerous nighttime cityscapes; every year millions of birds die colliding with needlessly illuminated buildings and towers.

Lighted sidewalks might make us feel safer, but increasing outdoor lighting does not actually affect crime, according to a 2015 study published in the Journal of Epidemiology and Community Health that corroborated the results of a 1997 and a 2011 study.

And, research suggests that artificial light at night can negatively affect human health, increasing risks for obesity, depression, sleep disorders, diabetes, breast cancer, and more. It also disrupts our natural circadian rhythm and reduces melatonin production. Melatonin induces sleep, boosts the immune system, lowers cholesterol, and helps the functioning of the thyroid, pancreas, ovaries, testes, and adrenal glands. Blue lighting, which is commonly produced by most LEDs used for outdoor lighting (as well as computer screens, TVs, and other electronic displays), produces the most harmful effects.

How can you help? Remember to turn off lights when they are not in use, limit lighting to only what you need, shield and angle lights downward, and use lightbulbs with warmer color wavelengths. Curbing light pollution can help preserve natural ecosystems, reduce energy use, and improve our own health.

As I watched the ISS fly over and shooting stars pass by, I knew that even though the stars are light-years away, it is important for us to see clearly into the galaxy and continue to explore the possibilities of space. Check out Nidhi Sharma’s news feature, “Taking Chemical Engineering into the Solar System,” to learn how ChemEs are making an impact on extraterrestrial technology.

The stars and moon helped guide the first explorers as they circumnavigated the globe; only time will tell where they lead us next.