Spotlight on Safety: Vulnerability is Key to Safety | AIChE
Skip to main content

Spotlight on Safety: Vulnerability is Key to Safety

Recently, I had meetings with AIChE staff in the New York City home office. To get there, I flew in and out of LaGuardia airport, and on my return home, I traveled on an Airbus A320. The significance of the aircraft was that it was the same model involved in the US Airways Flight 1549 accident — also known as the Miracle on the Hudson. Flight 1549 struck a flock of birds shortly after takeoff, which disabled both engines. Although the crew had not encountered this scenario before, they used their skill and experience to land safely — not on a runway, but in the Hudson River. All 155 people on board were rescued by boats, with few serious injuries.

As the safety video played during my flight, I paid a bit more attention than usual. For the first time, I actually checked and confirmed that there was a life vest under my seat. I pulled out my cellphone and used the compass app to determine which runway we were going to use. It was a different runway than Flight 1549 took off from, and yes, my phone was on airplane mode.

As a frequent flyer, what possessed me to be more diligent about the safety messages and procedures this time than the hundreds of other flights I have taken? I felt an increased sense of vulnerability.

As an instructor for the AIChE courses Foundations of Process Safety (CH910) and Process Safety Boot Camp (CH900), I have used the video of the Miracle on the Hudson many times as a part of an emergency management element. The pilot, Captain Chesley Sullenberger (better known as Captain Sully), had considered the possibility of a power-loss scenario and, thus, had a sense of vulnerability on takeoff, which may have helped him during the crisis. 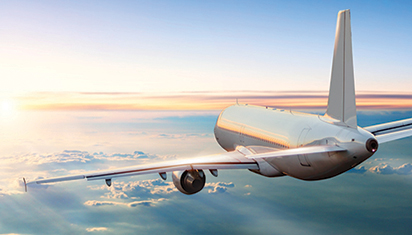 Maintaining a sense of vulnerability is about using your knowledge and past experiences to prepare for potential future situations. The danger in not considering the potential for disaster is illustrated by the Piper Alpha oil rig accident, in which the rig was destroyed by explosions and fire in 1988, killing 167 workers. A video reenactment of the disaster explains that blast walls, which were not added to the rig when it was retrofitted for gas service, could have minimized the impact of the incident. Although blast walls were recommended, management did not approve installation, perhaps because they did not consider the unthinkable.

Thinking the unthinkable is key to developing and retaining a sense of vulnerability. We often feel more vulnerable when we pass a police car on the highway, especially if they already have someone pulled over. However, getting pulled over is not particularly unthinkable, whereas getting in a bad accident might be. For example, when driving in bad weather, how often do you automatically adjust your speed to match the risk? Do you wait until you see other cars have lost control first? An attitude that downplays the risk, such as thinking you’ve driven in worse or it’s just a little snow, demonstrate a loss of a sense of vulnerability.

This reduced feeling of vulnerability is easy to recognize after the fact. We have all done things that, in retrospect, even if no accident occurred, we considered a bad idea and not a behavior to repeat. However, that sense will decrease if we do not experience a threat for a while, or until we encounter a risk we have not yet experienced. This is why newer drivers are more likely to be involved in an accident; they do not have enough experience to recognize the risks they face.

A quote from George Bernard Shaw helps to clarify our role in safety: “Both optimists and pessimists contribute to society. The optimist invents the airplane; the pessimist the parachute.” The parachutes in our lives — bike helmets, seat belts, procedures, and process alarms — reduce risk only if they are used. During my flight from LaGuardia, for instance, the crew did not pass out any parachutes because they would not be effective. However, the plane includes many engineered and administrative controls to reduce the risk of an event and mitigate any potential consequences. These controls and safeguards were developed over time. Some safeguards were developed because something bad happened, for example, flight recorders (i.e., black boxes). It is preferable, of course, to recognize vulnerabilities before an incident occurs, such as when flight attendants check that those seated in exit rows are capable of performing emergency duties.

“You pack your own parachute” is a motto for taking responsibility for your own safety. Each of us in our daily routine packs our parachute by knowing and following established procedures that make our operations safer. You may have packed yourself the perfect parachute, but it will not save you unless you wear it. You will only wear it if you have a sense of vulnerability.