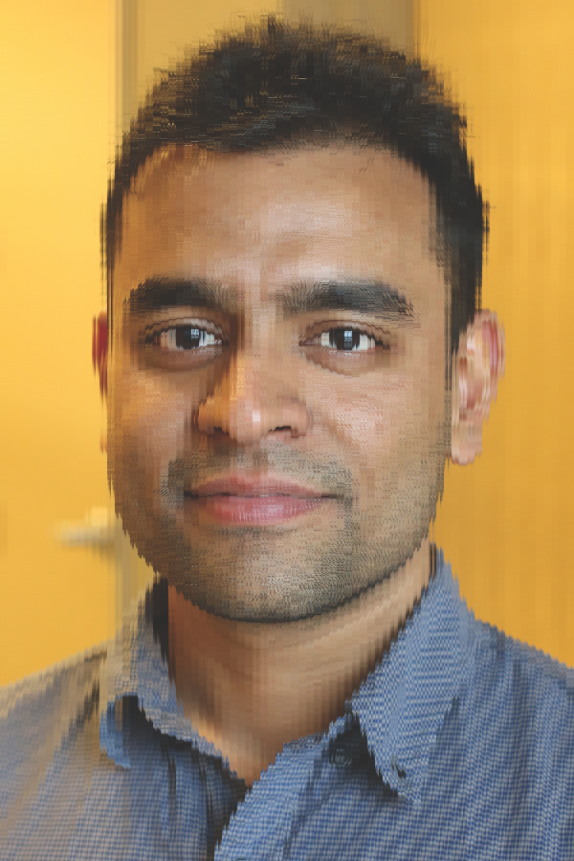 For Siddhartha “Sid” Roy, watching the Flint water crisis unfold and listening to the stories of its residents has emphasized the role the public should play in engineering and public health. “If we as engineers have a public-focused mindset, we will see the red flags, pay attention, and ensure the public is protected from disasters like Flint,” he states.

Roy is a PhD candidate at Virginia Tech (VT) and a team member on the Flint Water Study, an independent research team dedicated to resolving the scientific uncertainties associated with the drinking water in Flint, MI. As the study’s communications director, Roy was the driving force behind the team’s website, www.flintwaterstudy.org.

Roy received a BTech in chemical engineering from Nirma Univ. in India and an MS in environmental engineering from VT. His current research investigates failure mechanisms in potable water infrastructure. “I recreate conditions that you see in real buildings in my lab, and I also play with variables like temperature, pH, water chemistry, and flowrates to determine what factors are likely to cause copper and nonleaded plumbing to fail prematurely.”

Roy’s thoughts on the Flint water crisis, and the broader questions it has raised, have appeared in The New York Times, Scientific American, reporting by the Associated Press, and many other news sites. He emphasizes that although it was VT that provided the lead testing results to residents, it was the residents who were leading the endeavor in Flint. “We were invited to the table by residents who needed science and wanted to be part of the solution,” he asserts. “The Flint model — using science to solve a public health crisis — can be applied to a lot of communities and a lot of issues.”

The VT team was a catalyst in Flint. Publicizing the unsafe drinking water conditions to residents, and backing up their claims with real data, triggered residents to demand action. Their work was a success in that it prompted the declaration of a public health emergency in Flint, which garnered hundreds of millions of dollars in aid for residents.

Before the disaster. As auto plants closed throughout the 1980s, Flint experienced a steady decline in population — dropping by half. Today, over 40% of residents live below the poverty line. Historically, Flint purchased water from the Detroit Water and Sewerage Dept. (DWSD). In April 2014, a state-appointed emergency manager decided to switch the city’s water source as a cost-saving measure. Flint went from buying DWSD water (which was sourced from Lake Huron) to treating and distributing water from the Flint River, which was notoriously polluted.

Growing water concerns. The first indication of a problem came after the April 2014 water supply switch, when residents began complaining about the...

Look to the Future with Succession Planning

As experienced individuals retire or leave your organization, make sure business objectives can still be met by establishing a succession plan.

Bow tie diagrams are useful for visualizing process safety risks and safeguards. Although typically used after an incident has occurred, bow tie diagrams can also be employed during a process hazard analysis.

Pump Sizing: Bridging the Gap Between Theory and Practice

This article explains some of the core concepts behind pump sizing.

Editorial: Solar Energy is Good for the Soul

This is an expanded version of the Editorial that appeared in the print version of Chemical Engineering Progress, December 2016. ...

AIChE Journal Highlight: Use these Tools to Ease into Active Learning

Patent Update: Is the Subject Matter of Your Invention Eligible for Patenting?

Some ignition sources are obvious. A glowing cigarette, an active oxyacetylene torch, and a cascade of sparks and burning metal from a grinder are hard to miss. Others ignition sources may be hidden, such as glowing particles from past hot work, hot slag, a smoldering fire, or even unintended...