Perspectives on the history of the Society for Biological Engineering from Gregory Stephanopoulos, SBE Founding Leader, Massachusetts Institute of Technology.

As the Society for Biological Engineering approaches its 20th anniversary in 2024 and takes stock of its many accomplishments as a community, one can see that SBE has surpassed the goals envisioned by its founders. 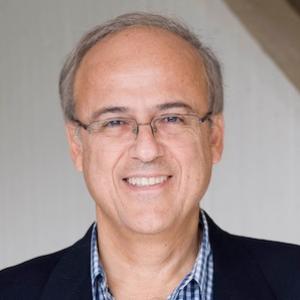 Perspectives on the history of the Society for Biological Engineering

For more than seven decades, chemical engineering has established a rich history in the study of biological systems and their numerous application in industry and society. Chemical engineering was critical in the development and scale up of the penicillin fermentation during World War II and life-saving antibiotics in the ensuing two decades. Principles of mass transfer, mixing and aeration, and reaction engineering were applied to the production and purification of amino acids and organic acids by fermentation.

Following the advent of recombinant DNA technology, chemical engineers saw the potential of modern biology to create new chemistry within recombinant microbes for the targeted production of most chemical products and fuels in a cost effective and sustainable way from renewable feedstocks. Similarly, in the biomedical area, chemical engineering researchers pioneered the application of chemical engineering principles to the analysis of physiological processes that led to the development of life-quality enhancing prosthetics, implantable biomaterials, and devices for dialysis, assisted breathing, control of diabetes, and controlled drug delivery, among many others.

This activity was a natural consequence of the fact that chemical engineering — alone of all engineering disciplines — was founded, besides mathematics, on all three sciences: chemistry, physics and biology. Chemical engineers established many start-up companies fueled by innovations in materials, methods, and processes that used biological systems for production or the treatment of disease.

This profound activity, however, was the result of individual efforts by pioneering chemical engineers with rather marginal institutional infrastructure and support. While industry expressed great interest in recruiting talent with education and skills integrating biological fundamentals with chemical engineering principles, academic curricula reflected the research interests of individual faculty members with only a few integrated programs in biological engineering. Similarly, professional societies, such as AIChE, had not yet provided a new home for those engineers who were pursuing careers in the biological arena.

Within AIChE, the Food, Pharmaceutical and Bioengineering Division played a very important role in providing a forum for communicating current research results to the community. However, its functions were limited to programming at the Annual Meeting and lacked the more global exposure that a broader, institutional organization could provide. Many chemical engineers active in the realm of biotechnology and biomedical engineering sought a more-structured and dedicated collaboration space within the Institute.

This was the landscape during the decades preceding the formation of the Society for Biological Engineering (SBE) in 2004, which defined the role and mission that a new society in this space would be called to play. As such, on a snowy January day in 2002, more than 75 chemical engineering leaders convened at AIChE’s headquarters in New York City and decided to form SBE. The AIChE President and Board of Directors enthusiastically embraced the proposal of founding SBE as a formal bridge between chemical engineering and the biological sciences. This new society would provide a home for chemical engineers in the bio area and the vehicle for strengthening the presence of biological sciences in the curriculum and research portfolio of chemical engineering. Through this role, SBE would be helping to preserve the most precious asset of chemical engineering, namely its core of kinetics transport and thermodynamics from similar developments in other disciplines.

As SBE approaches its 20th anniversary in 2024, it is time to take stock of its accomplishments. With individual and organizational members, one international affiliate with approximately 5,000 members (the International Metabolic Engineering Society, IMES), three prominent awards bestowed at the AIChE Annual Meeting and the biannual IMES meeting, several named lectures, two plenary talks at the Annual Meeting, and a roster in 2021 of at least 16  conferences conceived by subject matter experts and organized by SBE, one can see that SBE has surpassed the goals envisioned by its founders 20 years ago.

SBE is now a multi-million dollar organization with strong U.S. and international presence. As SBE is pondering its future, there are plenty of good ideas to pursue and new frontiers to explore. The society is looking at these challenges with optimism, counting on the support of its members, numerous student chapters, and its community of stakeholders.