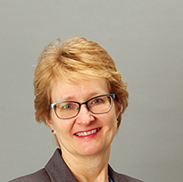 Our editorial calendar told me that this issue’s Back to Basics article would cover distillation, but I didn’t know specifically what Liz Pavone, who handles that department, had planned until I got her edited article: “Distillation Technology: What’s Next?” by José Bravo of Fractionation Research, Inc. (pp. 56–60). We cover distillation regularly, and provide guidance on various aspects of distillation, ranging from tower revamps to predicting tray efficiency to troubleshooting, and much more. Bravo provides a different perspective: “Distillation is often described as a mature technology that is well understood and established, no longer requiring funding or attention from research and development. This thinking is flawed, as distillation has come a long way in the past three decades and has even more room to grow.” He adds that “the need for continued innovation in the field is palpable” and that while innovations have continued, the pace could stand to increase, with more academic and government support.

Meanwhile, I knew that Nidhi Sharma was writing a news story (pp. 4–5) about a report on the future of separation science that the National Academies of Sciences, Engineering, and Medicine (NASEM) just released. As I expected, the story talks about distillation (among many separation technologies). Joan Brennecke, chair of NASEM’s committee on separations and a professor in the McKetta Dept. of Chemical Engineering at the Univ. of Texas at Austin, calls distillation “the go-to technique that chemical engineers have used for years.” She says, “the process is incredibly versatile and it’s served us really well.” But, she continues, “it is extremely energy-intensive. People associate distillation with separation science and call it old-fashioned … That needs to change …” The NASEM report aims to get the scientific community excited about separations by placing the field at the forefront of chemical engineering research, and proposes doing so by moving away from distillation.

My first thought was, “Wow — This might get our readers excited!” Should we be focusing more on distillation, or should we be moving away from it? (The timing of these two articles in the same issue is purely coincidental.)

Brennecke explains that undergraduate separations courses spend most of their time on distillation because that’s what students will encounter in industry. But she says that we must also “take the opportunity to convey to undergraduates that the forefront of separation science isn’t distillation — it’s membranes, it’s adsorption, it’s materials that do the separations.” You can download a prepublication copy of the NASEM report at www.nap.edu/download/25421.

But, we should be careful not to short-change distillation. According to Bravo, if distillation is to realize its potential, the field must continue to advance. “Undoubtedly, there will be advances that we do not see coming,” he adds.

“Everyone recognizes the tremendous importance that distillation has played in the past and will continue to play in the future,” Brennecke says. “There are just shades of opinion on how much emphasis should be placed on distillation versus other separation technologies in, for instance, coursework, and research emphasis and funding,” she points out. “The report lays out an agenda to advance the fundamental science that underpins other, potentially less-energy-intensive, separation technologies, like membranes, adsorption, etc.”

What do you think? Share your thoughts in a 200–300-word letter to the editor and/or on the AIChE Engage Discussion Forum (https://engage.aiche.org/home).