*This article is based on a paper presented at the AIChE 2015 Spring Meeting and 11th Global Congress on Process Safety, April 2015.

Investigating process incidents to understand what happened and why provides vital information that will help prevent future incidents.

“There is nothing more deceptive than an obvious fact.”

Sherlock Holmes is a fictional consulting detective created by Sir Arthur Conan Doyle in 1887 (1), ultimately appearing in over 50 novels and short stories, many of which have been popularized in movies and on television. He is renowned for his powers of observation and his ability to develop significant insights into the causes and perpetrators of difficult criminal cases that others miss — often figuring out what happened when no one else can. In process safety, we similarly need to analyze what happened when process incidents occur so we can determine what went wrong and how future incidents can be prevented.

Sometimes after a process safety incident, what happened may seem obvious. Usually, though, many things have to go wrong for a serious incident to occur, and one or more of the causes may not be obvious. Even if some of them do seem obvious, our view is often incomplete or simply wrong. As a result, incident investigations must rely on appropriate investigation techniques to ensure that the lessons learned from an incident are valid and effective.

The processes of solving criminal cases and investigating process incidents are not very different at a high level. Both involve looking for clues and evidence. Both involve identifying and analyzing various possibilities to determine what most likely happened and what didn’t.

Process investigations can serve as a tool to ensure such an incident does not happen again. While we may lack the personal skills, insights, and confidence of Holmes, we can learn from him, learn from process incidents, and, ultimately, contribute to improved process safety performance. 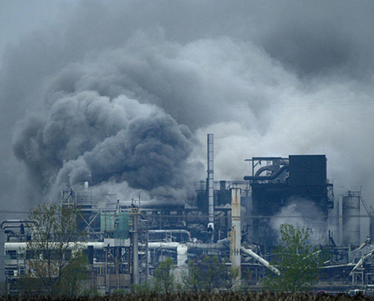 ▲Figure 1. An explosion at a PVC manufacturing facility resulted in five fatalities and ignited PVC resins stored in an adjacent warehouse. Concerns about the ensuing smoke forced a two-day community evacuation. Source: (3).

An incident is an unplanned sequence of events with the potential for undesirable consequences (2). Process safety incidents involve process hazards, such as toxicity, flammability, and reactivity, that can lead to hazardous events, such as toxic releases, fires, and runaway reactions. A catastrophic incident might involve a large explosion or toxic release with multiple consequences, such as injuries, environmental harm, and/or business disruption. For example, an explosion and fire at a polyvinyl chloride (PVC) manufacturing facility killed five workers and seriously injured three others (Figure 1) (3).

A near-miss incident is one with the potential for significant consequences if it were to progress, but did not due to the actions of safeguards, emergency response, or other factors.

You can learn from all types of process safety incidents. When something unplanned or unexpected occurs, the consequences should be identified to determine whether an investigation is appropriate. Incident investigations must identify and document important facts about what happened; determine what might have caused the incident; and make recommendations to prevent such incidents from occurring in the future. Investigations are a mechanism for learning from actual operating experience, providing continuing feedback on process safety program effectiveness, and identifying where improvements are needed. Keeping track of the types, severities, and causes of incidents can help you gauge how well process safety programs are working, how they can be improved, and the lessons that were learned from the incidents (4).

“The tragedy has been so uncommon, so complete and of such personal importance, to so many people, that we are suffering from a plethora of surmise, conjecture, and hypothesis. The difficulty is to detach the framework of fact — of absolute undeniable fact — from the embellishments of theorists and reporters. Then, having established ourselves upon this sound basis, it is our duty to see what inferences may be drawn …”

After a significant process incident, especially if there have been fatalities, severe injuries, and major equipment damage, site employees may be highly emotional and under stress. Some may jump to conclusions about what happened. Some may have a vested interest in assigning blame for what happened. Threats of job loss, regulatory involvement, and legal action may exist. Under these circumstances, it is difficult to ascertain the framework of fact about what happened and how it can be prevented in the future. 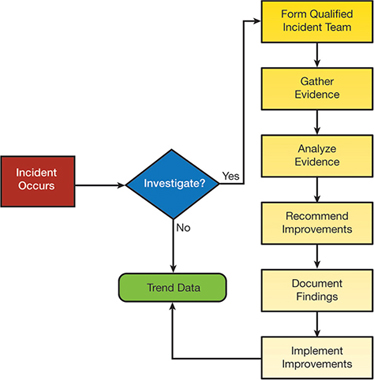 ▲Figure 2. Follow these steps to conduct an incident investigation. Source: Adapted from (2).

An effective incident investigation process, as shown in Figure 2, can help overcome these difficulties (2). The steps for investigating process incidents are:

Creating a Culture of Diversity

An inclusive workplace with a diverse workforce ensures that the best talent is at the table and that everyone’s ideas can be heard. A strong diversity culture, like a strong safety culture, is good for business, the profession, and our individual career advancement.

Investigating process incidents to understand what happened and why provides vital information that will help prevent future incidents.

It’s important to consider process safety early in the innovation process. Use a success modes and effects analysis to ensure your innovation can be safely and economically commercialized.

Develop a Data System for Your Pilot Plant

The data requirements of a pilot facility are just as important as the plant’s physical components. Follow this guidance to design and deploy a robust process data system for your pilot plant.

Use these tools to design and evaluate industrial processes and supply chains that rely on renewable bio- and non-bioresources.