The winners of the VLS Student Poster Contest will present at the VLS meeting on Thursday, April 26.  The winners are: 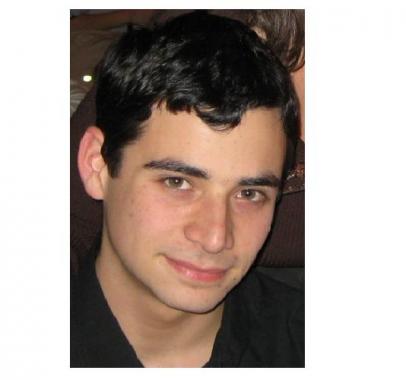 Under subfreezing conditions, water solidifies and hinders access of reactant gases to the catalytic sites in the cCL of proton-exchange-membrane fuel cells, severely inhibiting cell performance and possibly causing cell failure. Nucleation and growth of ice in the fibrous gas-diffusion layer (GDL) of a proton-exchange membrane fuel cell (PEMFC) are investigated using isothermal and non-isothermal differential scanning calorimetry (DSC).  Isothermal ice-crystallization rates and pseudo-steady-state nucleation rates are obtained as a function of subcooling from repeated heat-flow and induction-time measurements.  Kinetics of ice nucleation and growth are studied for commercial GDLs containing 0 and 10 wt % polytetrafluoroethylene (PTFE), at temperatures between 240 and 273 K.  A nonlinear ice-crystallization rate expression is developed using Johnson-Mehl-Avrami-Kolmogorov (JMAK) theory, in which the heat-transfer-limited growth rate is determined from the moving-boundary Stefan problem.  Induction times follow a Poisson distribution.  The determined nucleation rates and induction times follow expected trends from classical nucleation theory.

Organic semiconductors (OSCs) promise to yield a new generation of consumer electronics, as well as to allow the production of more affordable photovoltaics. However, in order to fabricate OSC-transistor-based technologies, successful methods must be developed for the selective deposition of crystalline OSC thin films which exhibit high charge carrier mobilities. The focus of this project is the patterning of 6,13-bis(triisopropyl-silylethynyl)pentacene (TIPS-pentacene) thin films using solution shearing, a solution deposition method which produces consistently high-performance transistors. This is done using silicon that has been pre-patterned with self-assembled organosilane monolayers with variable solvent “wettability”. The process yields patterned films with resolutions up to 50 microns, and in some cases can result in the formation of large-domain OSC single crystals, which characteristically possess desirable electrical properties. While film characteristics such as thermal cracks and regions of indeterminate crystallinity can limit charge transport and must be controlled for, preliminary results suggest that changes in the shearing parameters can minimize these deleterious effects. The method can be used to create patterned TIPS-pentacene films exhibiting charge mobilities that are comparable with those of unpatterned films, between 0.1 and 1.0 cm2/V·s; this illustrates the viability of this OSC patterning technique.

Uncontrolled, systemic biomedical drug delivery systems lead to arbitrary amounts of drug being released in the body. Excessive amounts of drug being dispensed in the body can cause toxicity while too little drug present at the desired site renders the drug ineffective. Polymeric devices that provide controlled, localized drug delivery can prevent these problems. My research group has developed salicylic acid-based poly(anhydride-esters) (SA-PAEs), a class of polymers with salicylic acid chemically incorporated in their backbones that hydrolytically degrade to release their bioactive component: salicylic acid, a non-steroidal anti-inflammatory drug. These polymers provide controlled, sustained release of salicylic acid with the rate of drug release controlled by polymer composition and formulation. Electrospinning, a technique to make fibrous scaffolds, was used to create drug delivery films from SA-PAEs blends; these films when wrapped around bone mitigate inflammation. In vitro release studies were performed to monitor salicylic acid release from these polymers with different initial amount of drug over a period of 30 days. Another application that was looked at was to assist in nerve regeneration by placement of the polymer into a nerve guidance conduit in mice with nerve damage and assess recovery times. Future work will include developing electrospun mats for drug delivery applications for wound healing.