Joe Bonem is the keynote speaker for the Virtual Local Section on Thursday, October 25 at 9:00 pm Eastern Daylight Time.  Joe's talk is titled "Solving Problems in a High Stress Environment". 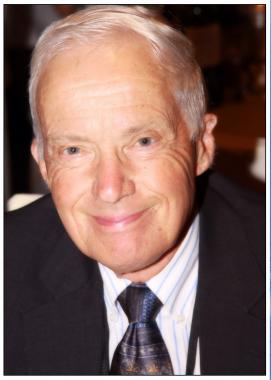 The world of today creates a need for a different kind of industrial problem solver. The industrial world that most chemical engineers find is one that emphasizes quick and low cost solutions to complicated operating problems. This often leads to an inadequate problem analysis and solution or “The problem went away, but it came back syndrome”. This syndrome is one where a change in operating conditions results in a problem apparently being solved. However because there is no scientific basis for why this change should solve the problem, the problem often emerges at some later point in time. Thus there has been no permanent problem solution. In addition to the emphasis on quick and low cost problem solutions, operating plants have become so complicated that previously successful cause and effect approaches no longer are adequate. These two forces create an environment where enhanced problem solving techniques are mandatory. This talk describes a problem solving technique that the speaker has used over a long career of successful problem solving in a high stakes industrial environment. This problem solving technique consists of the following:

In addition, to discussing the technique an example problem will be solved to illustrate the application of the technique.

Joe Bonem’s highly productive five-decade career has included over three decades in Polymers manufacturing and process development with Exxon Chemical as well as 10+ years in consulting. Joe’s areas of expertise include all phases of chemical engineering including Technology Transfer and Assimilation, Process Development and Scaleup, Project Basis Development and Process Design, Plant Performance Improvements and Safety Assessment of New and Existing Technology. Mr. Bonem is experienced in the development and mentoring of young engineers. He has extensive international problem solving experience in France, England, Italy, and Japan.

Typical assignments have been as follows:

Joe has published 3 magazine articles on improving plant operations as well as a book entitled Process Engineering Problem Solving. He also authored a second book entitled Problem Solving for Process Operators and Specialists, published in 2011. He has taught problem solving courses in the United States as well as in Bahrain and the United Arab Emirates. He holds 2 U.S. patents. He has a BS Ch E degree with honors from the University of Colorado.