Editorial: No Cause for Alarm | AIChE
Skip to main content

Editorial: No Cause for Alarm 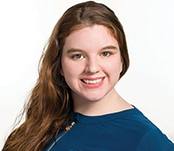 I have donated blood many times, and while I am familiar with this process, last month I donated platelets for the first time. Starting a few days earlier, I increased my water intake, and the night before, I ate high-iron foods. I arrived at the donation center, as I typically do to donate blood, filled out the electronic questionnaire to ensure my eligibility, and then met with a staff member to have my heart rate, blood pressure, and iron levels checked.

Donating platelets is a little different from donating blood. The first thing to be prepared for is that it takes much longer. According to the American Red Cross, it takes on average 8–10 minutes to donate a pint of blood, while platelets can take up to two hours. Apheresis, the process used to donate platelets, involves drawing blood, separating out the platelets via a cell separator, and returning the blood to the donor. For a platelet donation, the amount of blood and platelets drawn is different for each donor depending on their height, weight, and hemoglobin levels.

I was given a stress ball to squeeze and release to increase my blood flow as the machine drew my blood. During the return process, I was told to keep my arm relaxed so that the blood could easily reenter my body. (Some setups use two needles for a continuous draw and a continuous return.)

As the machine drew my blood, an alarm would sound indicating that I had low pressure in my vein, no matter how hard I squeezed. Later I found out that this was most likely due to vein fatigue. A phlebotomist would check my vital signs and ask how I was feeling, close out the alert window on the display monitor, and confirm that I could continue my donation. This alarm went off during many of the return cycles, and every time, I felt fine and had no signs of other issues.

There, at the donation center, I was surrounded by chemical engineering in action. Much like a chemical plant, donating platelets utilizes process monitors, single-use equipment (see Matthew Olsen’s article, p. 41), quality testing, and trained operators following procedures and protocols. The phlebotomists even (unsuccessfully) tried troubleshooting the alarm issue by having me hold and squeeze the ball differently.

Tom Nolan’s article (p. 48) discusses the balance between automation and human intervention along with how state-based control can mitigate alarm floods. As I sat in a recliner in the blood donation center, I was by no means in the midst of an alarm flood. There were three other donors at that time, and I was the only one who seemed to have been hitting snooze on an alarm that kept going off. A non-engineer, after observing that an alarm seems irrelevant and ignorable with no signs of any other issue, might have been inclined to alter the alarm limits, if at least just to get rid of the obnoxious beeping.

I came in as a healthy individual, and while nothing seemed to be wrong with my donation, the staff needed to make sure that I left in the same condition as I arrived, but with fewer platelets. Even though each and every time the alarm went off there were no indications of any problem, the phlebotomist still came to ask me the same set of questions. It is important to hold our manufacturing process standards in the same high regards, to ensure that operations and personnel are kept safe. I’m glad that the alarms continued to go off and that the staff continued to check that I was alright — just in case I wasn’t.

An Introduction to Vapor Intrusion

Vapor intrusion (VI) occurs when contaminants in soil or groundwater drift into a building or facility through cracks and seams in the foundation. This article describes steps to mitigate VI at your facility.

Combustion in fired heaters and boilers is typically based on either volumetric flow control or pressure control of the fuel gas feeding the burner. Using mass flow control could help lower energy costs and emissions.

Effective commissioning is critical to realizing the benefits of new equipment. As many facilities transition to smart technologies, this process requires even more diligence.

The Future of Single-Use Components in Biopharmaceutical Production

Single-use equipment has become ubiquitous in the biopharmaceutical industry, but further development in four key areas is needed to continue progress in this field.