The Port of Houston is a 25-mile-long complex of 150-plus private and public industrial terminals along the 52-mile-long Houston Ship Channel. The eight public terminals are owned, operated, managed or leased by the Port of Houston Authority and include the general cargo terminals at the Turning Basin, Care, Jacintoport, Woodhouse, and the Barbours Cut and Bayport container terminals.

Each year, more than 200 million tons of cargo move through the greater Port of Houston, carried by more than 8,000 vessels and 200,000 barges. The port is consistently ranked 1st in the United States in foreign waterborne tonnage; 1st in U.S. imports; 1st in U.S. export tonnage and 2nd in the U.S. in total tonnage. It is also the nation’s leading breakbulk port, handling 41 percent of project cargo at Gulf Coast ports.

As one of the nation’s busiest and most important ports, it is a generator of enormous economic activity for Houston, Harris County and Texas, business decisions and future plans made at Port Houston have far-ranging effects. Its activities are important to many of the companies that employ our AIChE STS local members. Will Whitehouse, Senior Trade Development Manager will discuss the state of the port with a year-to-date update on key measures of operational and financial performance of the port, status of global trade, and their efforts in the area of environmental stewardship. 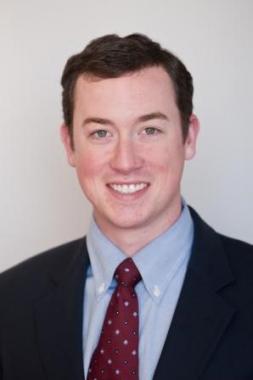 Will Whitehouse joined the Port of Houston Authority as the Trade Development Manager in April 2010, and was promoted to the role of Senior Trade Development Manager in 2012.  Will is responsible for all petrochemical and resin accounts, ocean carrier negotiations, all Trans-Atlantic trades, as well as managing the territory of the Eastern United States. Previously, Will had worked for a Gulf Coast Stevedore company, focusing primarily on day to day operations and sales management.

Originally from South of Atlanta, Will traveled to Kings Point, New York to earn his bachelor’s degree in Marine Transportation from the United States Merchant Marine Academy.  After leaving the Academy, Will began his maritime career in Miami, Florida, and from there in Louisiana, Mississippi and now Texas.  While working for the Port of Houston Authority, Will obtained his Masters in Global Supply Chain and Logistics from Syracuse University.

NOTE 1: Those who are bringing guests, please list the quantity in your paypal cart to represent you and your guest(s). For example, if you are inviting a guest, please indicate with a quantity of 2, select "update" and then proceed to checkout.

NOTE 2: Those that register after 48 hours prior to the meeting should bring their receipt to the meeting and will not receive a pre-printed name badge